Flash Wolves to Withdraw from League of Legends 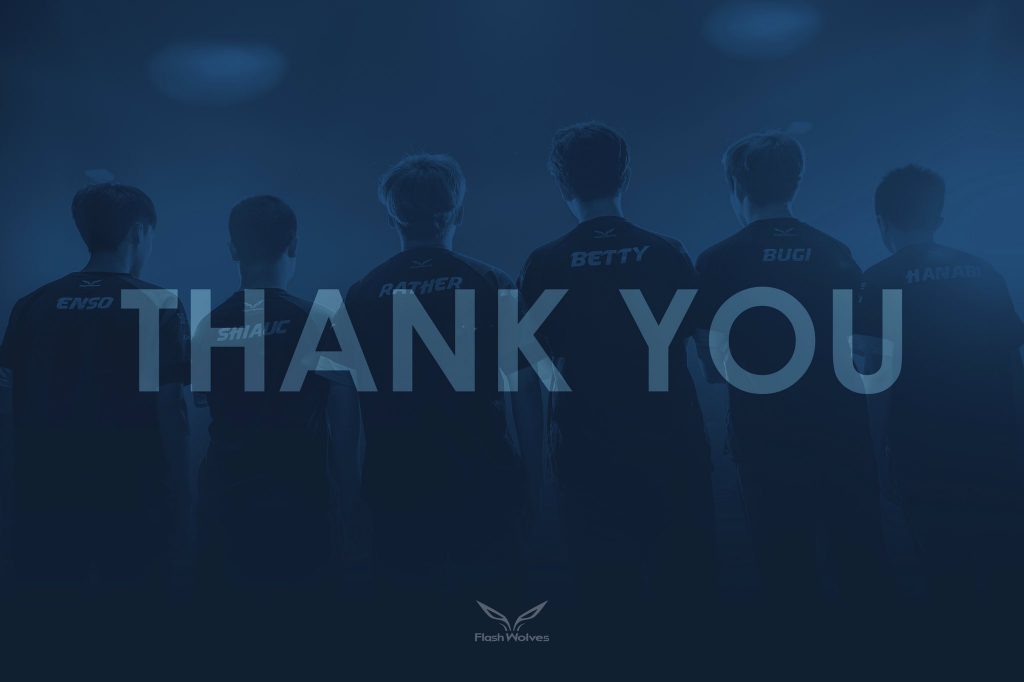 It is a sad day for professional League of Legends. The most successful Taiwanese team of all time, the Flash Wolves, will not be participating in the Pacific League Championship Series.

We are so sorry to tell every fans, Flash Wolves League of Legend team won’t participate PCS in 2020. We will help player to find new stage for their career. Hopefully, we will see you next game. pic.twitter.com/WwuqLuXbal

In September, it was announced that the Taiwanese League of Legends Masters Series (LMS) and the League of Legends Southeast Asia Tour (LST) would merge for the 2020 season. Many of the prominent teams from both regions were planning on making that transition. However, the Flash Wolves will not be continuing on to the new PCS.

The Flash Wolves were originally known as the yoe IRONMEN, rebranding to the yoe Flash Wolves after picking up the Gamania Bears roster. They made a name for themselves at the 2013 World Cyber Games Taiwan Qualifiers by defeating the former world champion Taipei Assassins. They went on to finish top eight at the main event.

Once the full roster met the age restriction, they entered the Garena Pro League in the Spring of 2014. After one Split in the GPL and one in the LoL Nova League, the Flash Wolves earned a spot at the IEM Taipei where they took first place.

In Season 5, the LMS was established for Taiwanese teams exclusively. From the beginning, the Flash Wolves were a high-level competitor. They finished at the top of the table season after season. Starting in the 2016 Season, the Wolves started the most dominant regional dynasty in League of Legends history. From Spring 2016 to Spring 2019, FW won every single split, seven in a row.

Throughout this time, the Flash Wolves showed up at every international event. Their best performances include a top eight at Worlds 2015, multiple top fours at the Mid-Season Invitational, and a victory at IEM Season 11 World Championship. They even developed a reputation as Korean Killers for being one of the only teams who could frequently upset the dominant Korean squads.

In the more recent years, the Flash Wolves roster has been picked apart. Many of their historic players were bought by other teams or retired along the way. As a result, their international performance dipped and their domestic streak was broken in Summer 2019. In addition, FW missed Worlds for the first time since 2015. Despite this, their fan base remained loyal and active no matter what.

Looking back on their time in the scene, FW was an iconic organization that will be remembered as one of the most important teams in League’s history. The loss of the Flash Wolves will be felt across the international community. No matter where the players go or if the organization ever returns to the game, their legacy already speaks volumes.