Five Young Players Who Can Impact the Overwatch League 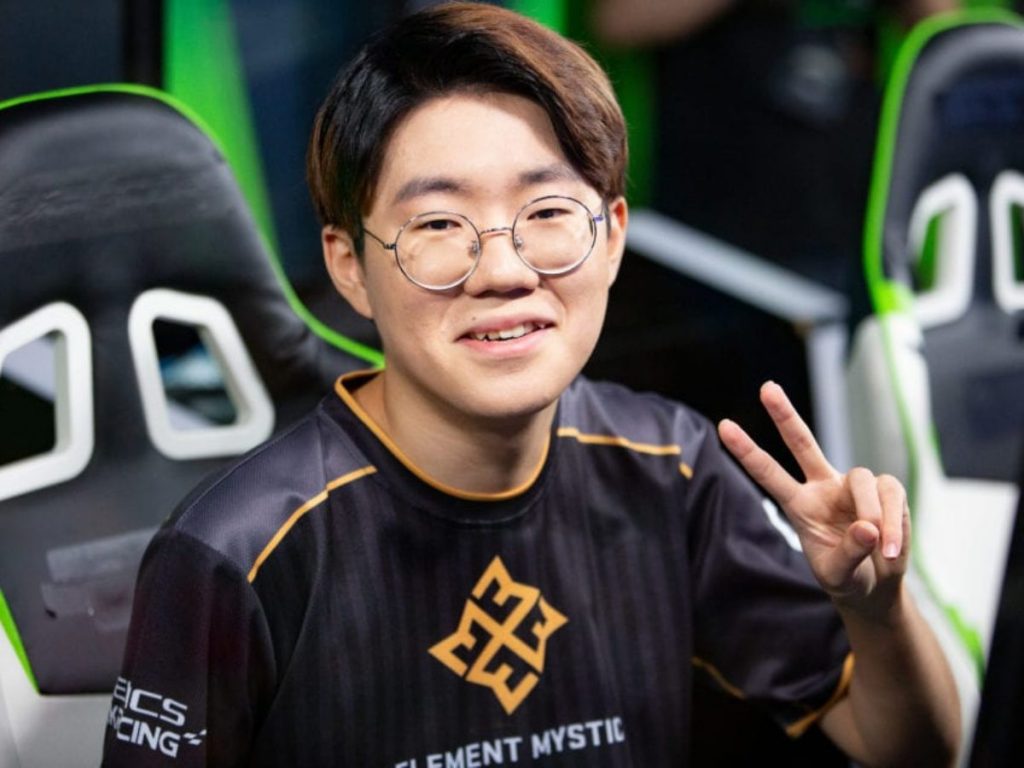 SP9RK1E is chief among the players who look to boost their teams in the second half of the season. (Photo courtesy Blizzard Entertainment)

From rule changes to player retirements to entire teams scattered to the wind, 2020 has been a year of turmoil for the Overwatch League. Still, from the storm rainbows have emerged in the form of new talent. A young crop of rookies have made their case to join the league’s elite and the talent pipeline appears to be as strong as ever.

The Rookie of the Year race is going to be insanely competitive, especially when nearly every top team has at least one new star popping off. Players like Jae Won “LIP” Lee, Jun Ki “Yaki” Kim, and Seon-chang “ANS” Lee all propelled their teams to stellar showings in the May Melee and put themselves in the running for that end of year hardware.

Even now, at the halfway point of the season, new names are just now emerging. Others are on the verge of making long-awaited debuts. For teams at the top, now is when a new addition can propel them to greatness. For others, midseason pickups can jolt a season back to life. Here’s a look at five young stars who could alter their team’s fate in the back half of the season.

Let’s start with the obvious. Perhaps the single most hyped acquisition of the entire Overwatch League offseason belonged to the Paris Eternal. Yeonghan “SP9RK1E” Kim was the crown jewel of Korean Contenders for good reason. He helped lead Element Mystic to titles in four of the five events they played in 2019, including victories over international competition at the Pacific Showdown and Contenders Gauntlet.

SP9RK1E brings to the table a legendary Doomfist that many would claim is the best in the world, but his prowess on his signature pick might hide just how special he truly is. He should instantly be one of the league’s premier DPS players on a variety of projectile DPS picks.

We’ve already seen the impact his Element Mystic teammates have made on the league so far this season. His former DPS partner Dongha “Doha” Kim has shined in Dallas, and Gihyo “Xzi” Jung and Hanbeen “Hanbin” Choi have been huge in keeping the Eternal competitive without their blockbuster superstar. If SP9RK1E meets those lofty expectations and Xzi returns from injury, then Paris might just be a title contender.

Improvement can come from unlikely places, sometimes even from pure happenstance. After losing both of the flex tanks they signed for 2020, Boston were forced to fall back to plan C. Leyton “Punk” Gilchrist was plucked from Uprising Academy, the franchise’s Contenders roster, to fill the gap. That move may prove to be a turning point in Boston’s season.

Since Punk came on, Boston has upset the Gladiators and nearly embarrassed the Paris Eternal after being chosen first in the Knockout Stage of the May Melee. Those two matches were a far cry from the hapless Boston that went nearly three months without a win.

Punk’s Sigma and D.Va play have been fantastic, and he clearly has an impact on the mentality of his team. He’s unlikely to be the savior that lifts Boston to relevancy this season, but he can be the start of a journey towards competing week to week.

Another player who just missed the cutoff to play in the Overwatch League May Melee, Chanhee “Mandu” Kim could be revelatory for NYXL. Playing under the relative anonymity of the main support position, Mandu might not be the most touted prospect, but he probably should be. His team in Korea, O2 Blast, may have consistently played second (or third) fiddle to the likes of Element Mystic and Runaway, but Mandu quietly made his case as the best Lucio in the region. 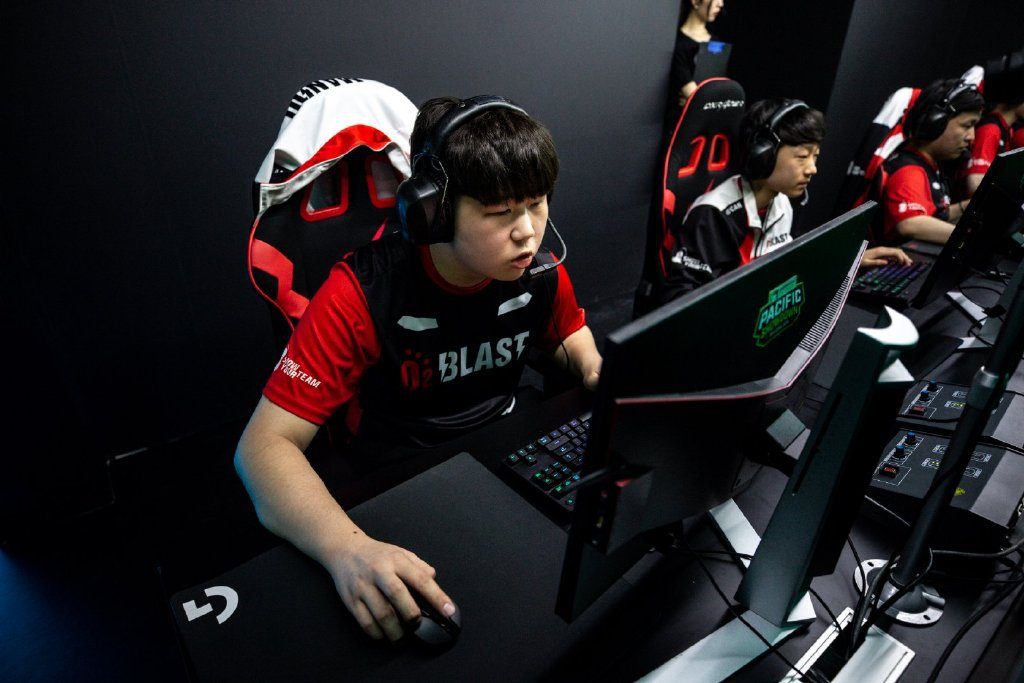 He comes from the school of hyper-aggressive Lucio players who have taken the league by storm as of late. Think Jae Gon “LeeJaegon” Lee, Daniel “FunnyAstro” Hathaway, or Brice “FDGod” Monscavoir. It’s something New York has lacked throughout their history and something that could help them reclaim their place as one of the league’s elite. Together with DPS pickup, Hyojong “Haksal” Kim, Mandu could mean a new NYXL going into the home stretch of the season.

Where Paris has been a pleasant surprise to this point in the season, the Titans have been the league’s biggest disappointment. After unceremoniously parting ways with their 2019 Runner Up roster, Vancouver has been on the rebuilding track ever since. While their move to an all-Western roster has been a clear downgrade in terms of talent, it hasn’t been without its bright spots.

Chief among them to this point has been Niclas “sHockWave” Jensen, the Danish flex DPS who flashed some of the best Echo play in the entire league. Emerging from the relative obscurity of EU Contenders squad Raspberry Racers (alongside fellow Titan Alhumaidi “KSAA” Alruwaili), sHockWave nearly carried this Titans roster to their first OWL win in the May Melee.

The jury is still out on sHockWave and the rest of Vancouver. He’s played just one match, and the depth of his hero pool remains largely unknown. If Echo continues to be a mainstay or if he can maintain that performance on other picks, Vancouver could have a young star on their hands, someone they can build around moving forward.

Moreso than any other player on this list Tae-sung “Mag” Kim makes it based on potential. That might seem obvious considering he’s the only player not currently signed to an Overwatch League team, but it’s also about the boundless upside that he brings.

Main tank is often seen as the most important position in Overwatch. Often, that’s the tip of the spear, literally the player leading the charge, but main tanks also set the tone for any team. How a team plays revolves around the main tank, and with Mag you know what kind of team you’re getting: relentlessly aggressive, almost to a fault. 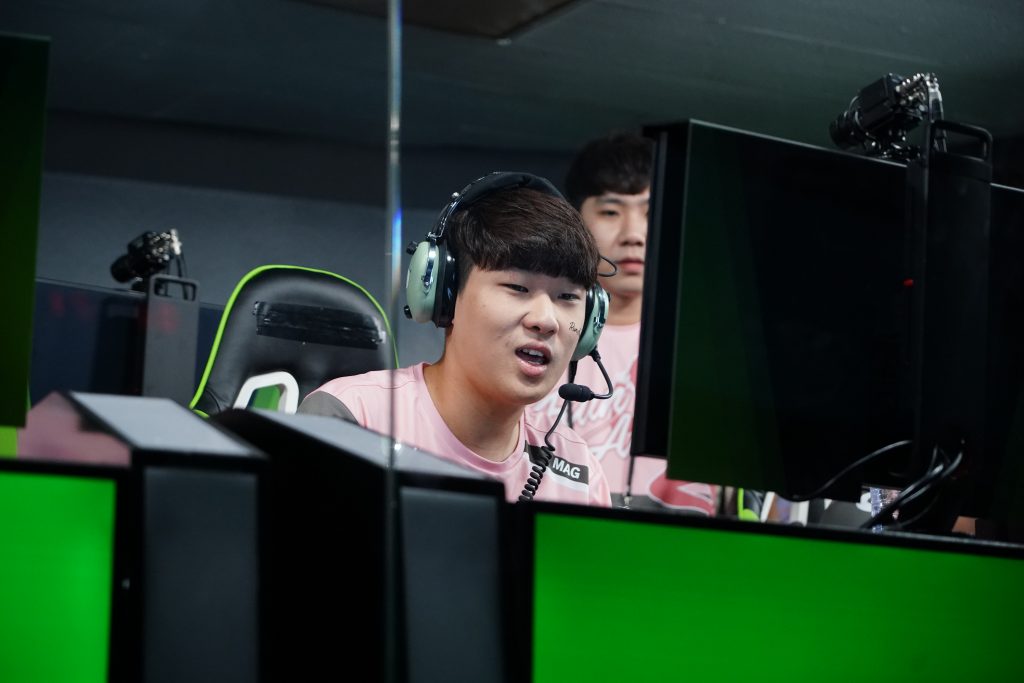 Mag is the spiritual successor to Sang-beom “Bumper” Park, the fearless leader of last year’s Vancouver Titans and Runaway before that. For any team struggling with identity, picking up Mag provides a direction that can be hard to come by.

The elephant in the room with Mag, or any potential pickup this year, is the difficulty in bringing in new players. For starters, it seems unlikely that any teams in North America would bring him in. The visa process is prohibitive at this point, and playing on high ping at main tank is a recipe for disaster. So that leaves the seven teams in Asia. Chengdu is a Mandarin-speaking team. Hangzhou, Seoul, Shanghai, and New York can all claim to have their superstar main tank already. That leaves just London and Guangzhou, with London being the obvious option.

At this point, even that’s likely a long shot, but if any team takes a shot on Mag, it could transform their Overwatch League season. At his best, he’s that caliber of player and a potential foundational piece for the future.