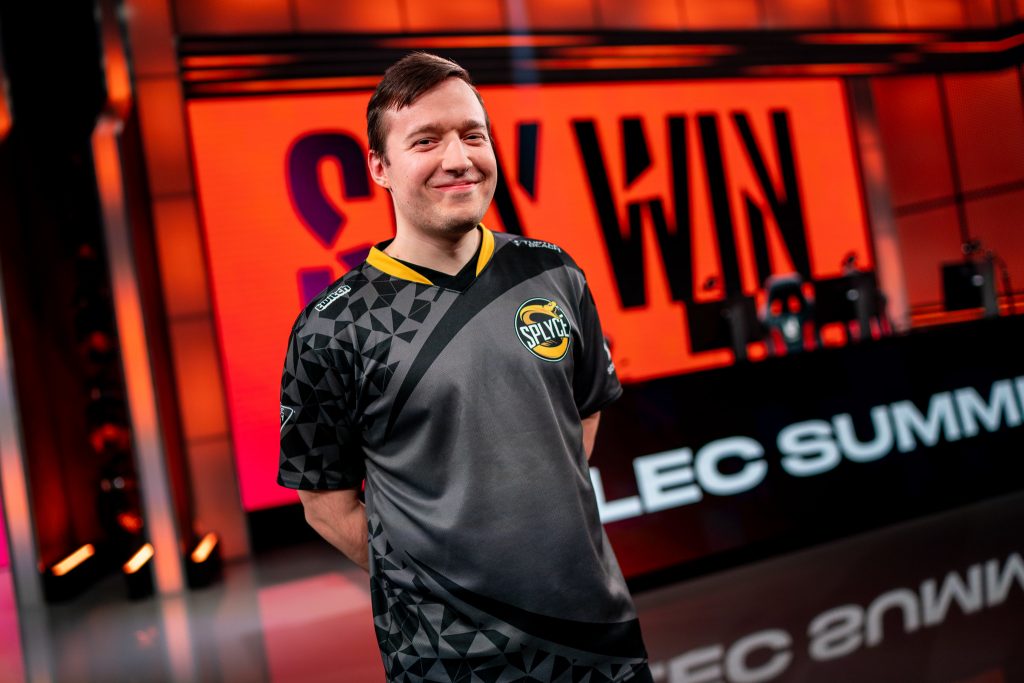 Tamás "Vizicsacsi" Kiss of Splyce is a player to watch at the League of Legends World Championship. (Image via Riot Games)

The 2019 League of Legends World Championship will be a tournament of firsts for many. After years of failing to qualify, despite regional success, a cohort of five homeland heroes will make their long-awaited debut on League’s most prestigious international stage.

In an event stacked to the brim with veteran players and perennial attendees, these untested talents find themselves under a microscope. Now that they’ve qualified for the first time in their careers, will these Worlds rookies step up or falter under the pressure?

Doinb finally abandoned his bittersweet nickname of “best player to never attend Worlds.” Now, he finds his name among the likes of Lee “Faker” Sang-hyeok and Rasmus “Caps” Winther as one of the best players at Worlds.

Luckily for Doinb, this is the perfect meta for him to strut his stuff. Ever the experimentalist, Doinb thrives in this meta centered around having counter-picks prepared and strong solo lanes. With his pocket Pantheon mid pick waiting in the wings, any match that he plays during the Group Stage is sure to be an exciting one.

True to his namesake, Tarzan really is the King of the Jungle. He made his mark on the scene by regularly topping the South Korean solo queue ladder and quickly became the driving force behind Griffin’s aggressive and dynamic playstyle. Although he’s yet to win a domestic title, he’s heralded by junglers around the world as a master of the position.

He failed to qualify for Worlds in 2018, despite having multiple chances to do so, and now Tarzan will be presented with a unique task. Not only will he have to assert himself as the undisputed best in his role, but he’ll also have to prove he isn’t a choker.

Once DAMWON Gaming qualified for Worlds, Nuguri said in an interview that his goal for the World Championship is to defeat G2 Esports and Invictus Gaming. Considering his team still has to go through Play-Ins to reach the Group Stage, he’s clearly feeling good heading into his first Worlds.

And why wouldn’t he be? He’s easily a top two top laner in the League of Legends Champions Korea. His hot and cold playstyle may end up being one of DAMWON’s greatest strengths. With the possibility of qualifying for a “group of death,” he’ll need all fearlessness he can muster up.

He came tried and failed with Unicorns of Love. Fell short with Schalke 04 in Madrid. And now, after five years, Viziscasci is headed to his first World Championship with Splyce.

For years, Vizicsacsi has maintained his spot as one of Europe’s strongest top laners. Known for his prowess on split-pushers like Gnar and his signature Poppy pick, Csacsi stands tall as a stable veteran on Splyce’s relatively young roster. His experience will be a necessary linchpin for Splyce as they navigate the volatile Play-In Stage.

Damonte made a name for himself as the centerpiece of Clutch’s scrappy roster. Following an inspirational run through the playoffs and Regional Qualifier, he’ll be playing internationally for the first time ever in his career.

Whether or not he escapes Play-Ins, there’s no way Damonte will let this experience go to waste. Right now, he’s a top three mid laner in NA, but he still has to prove his ability to hold his own against all types of players. This is Damonte’s chance to earn his keep; expect him to play as bold and unafraid as he always has.

The Worlds group draw kicks off on September 23 at 7:pp p.m. PDT ahead of the Play-In Group Stage on October 2. You’ll be able to tune in for the stream on the LoL Esports official website. For more information on how and where to follow the World Championship this year, check out our article here.