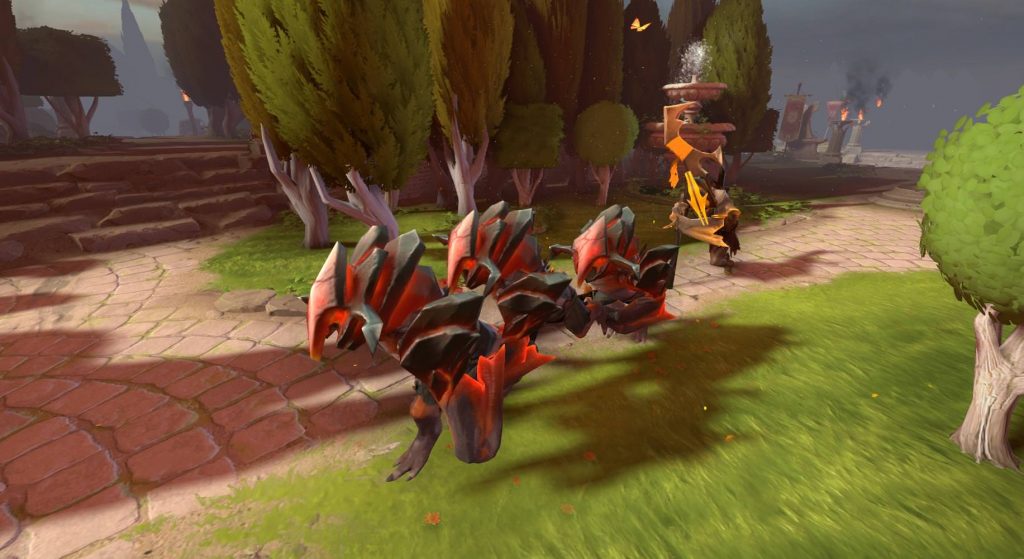 Eight VIP volunteers on site were set-up on computers on standby when we OG purchased the creep buff before the match began.

The Dota 2 tournament is using a custom game mode created by Moonduck Studios. It includes a pair of options to involve fans. One is the VR Roshan, which we saw debut on the first day of the event. The second is the Creep Chaotic Takeover, which has taken a bit longer to get working.

Today was the day. And it was glorious.

Eight VIP volunteers on site at LocalHost Arena in Lakewood, Colorado were set-up on computers on standby when we got word that OG had purchased the creep buff before the match began.

The creeps were a mix of helpful and not. Some stacked camps, others were perhaps more troll-like, as in the video above. Denying runes is probably not the way to endear yourself as a creep to the pro players.

Hotspawn’s own Gillian “Kendryx” Linscott interviewed one of the VIP audience members, VIP Matthew, who controlled a creep.

This is the kind of fan satisfaction Moonduck has been aiming to achieve at Midas Mode!

All in all, it was delightful for the viewers. Between the creeps getting involved in the action, and the amazing creep emotes decorating the map, it definitely put the extra in Midas Mode. Whether OG felt like they got their Moonbucks’ worth is unclear, and the panel discussing it afterwards were similarly mixed on it. The team went on to lose versus Sir Sadim’s Stunners, so the creeps alone weren’t enough to tip the balance in OG’s favor.

We spoke with “Creep Number Four” about the experience, and after asking if he could be candid, he said, “F–k you, Topson. You got me killed!”

Creep Numbers One-Eight, we mourn you all.  (And hope other teams hire new creeps in the upcoming games!)