Finn: “I think we had good chances, but we simply fell short today” 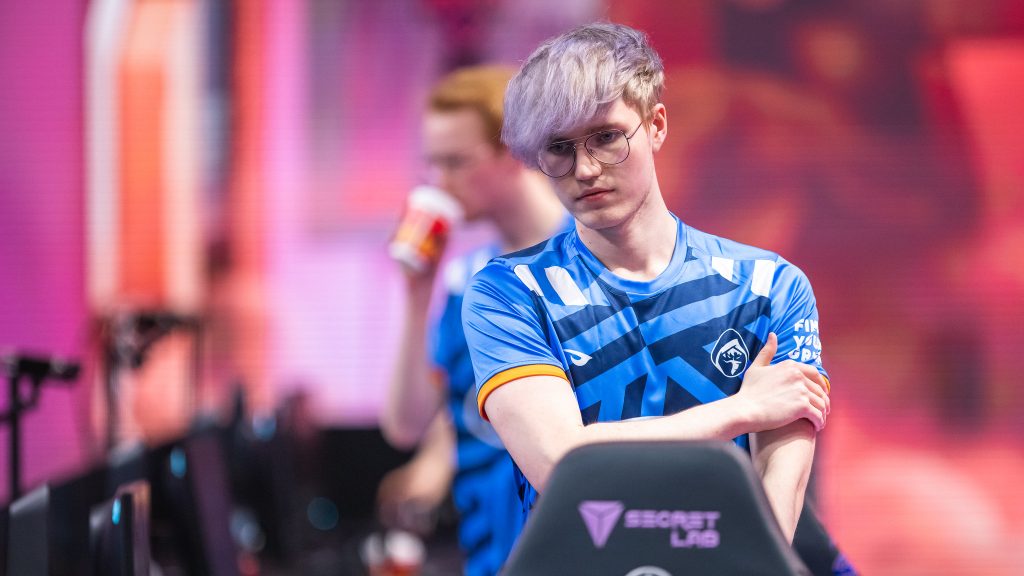 For Finn and Rogue, the offseason has begun. (Photo via Riot Games)

Rogue’s journey at the League of Legends World Championship has come to an end. With an uphill battle facing them, having to defeat two tournament favorites in DAMWON Gaming and JD Gaming, the team came up short. Rogue went 0-3 on Group B’s deciding match day, ending the tournament as the fourth-placed team in their group. At the end of the day, Rogue top laner Finn “Finn” Wiestål spoke to us about his time at Worlds.

The Swede walked through the day and shed light on Rogue’s preparation and mindset heading into the long and exhausting day. Finn also spoke open-heartedly about the criticism he gets often compared to his teammates, and what he has learned from playing against some of the best top laners the world has to offer.

Hotspawn: Thank you very much for joining, Finn. That was a rough day for Rogue. I saw your Tweet—you expressed mixed emotions there. Can you elaborate a bit more on the thoughts going through your mind right now?

Finn: Right now, I’m not feeling the greatest, obviously. We just went 0-3 in not the greatest fashion. I think I have a lot of regrets already over all of our three games today. I think, coming into today, we had solid chances of making it out of the group if we would play at the level that we expect ourselves to play at. I think we just were really uncoordinated at times, and we made a lot of questionable decisions. I think all five of us had some questionable decisions on-stage today. It made it hard to win, even when we were in positions from which we should be able to close out games. That’s why it’s quite sad.

I think, immediately after the first game today, the morale went down a lot. Some people were trying to keep it up, but after realizing we were out of the tournament, I think it was hard for some people to keep full focus and try to win during the last two games. It just felt pointless to play them.

Hotspawn: So, heading into today, you knew it would be a really tough one facing JD Gaming and DAMWON back-to-back. How did you guys mentally prepare to try and be in the best shape possible for today?

Finn: We prepared mostly for JDG because it was not only our first game, but it was our most important game of the day too. If we would have won it, we would have had a good chance to qualify. If we lost it, we would definitely be out. We were just trying to make sure we were ready for any draft they would put up. For the other two games, we had some idea about what we wanted to do. But yeah, we just mainly focused on the JDG game. In the DAMWON game, we did have a plan to lane-swap, and after we lost to JDG we were like: “Ok, fuck it, let’s just do it.” For the PSG game, we did have an idea how we wanted to draft, and it just didn’t work out very well.

Hotspawn: How was the mood among the players heading into the match against JD Gaming, then? Were you calm and confident because you had prepared well, or were you nervous?

Finn: I wouldn’t say that we were calm. I think we were all kind of… not very sure. I think we had some confidence issues coming into the last day, at least some of us did. We didn’t really manage to find our best form on the day, we often had found in Europe. We struggled to make the right macro decisions a lot of the time. We were focussing on the wrong things and were tunnel-visioning on making certain plays. Every time we made a wrong decision it just kind of kept piling on. After one big team fight, we just became very quiet. It was a tough game to play, and it was a tough day overall. I think we had good chances, but we simply fell short today. They were the better team. 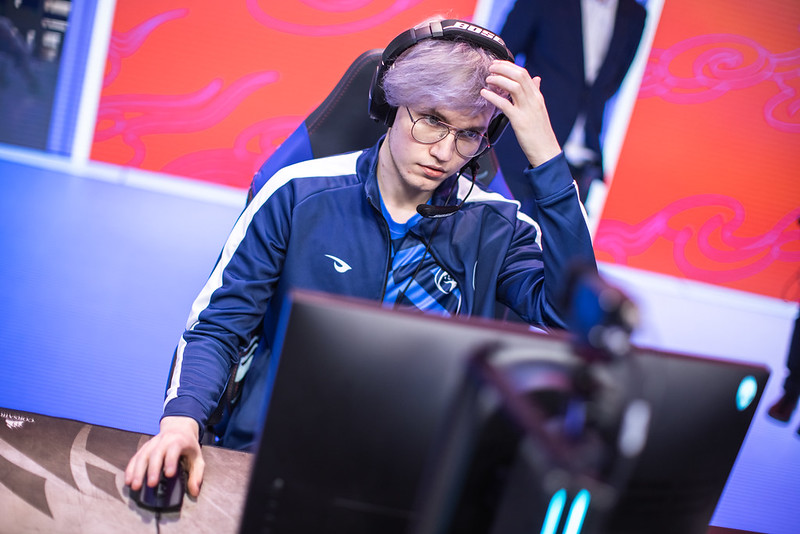 “I think it’s important to take criticism from the people who know anything about the game,” Finn laughs (Photo via Riot Games)

Hotspawn: Something I want to touch on, if that’s ok with you, is criticism. Heading into Worlds there was often-expressed doubt, many comments in the community about there being “a top lane difference” and how you wouldn’t be able to keep up with international top laners. How is it for you to play the tournament when people are so openly critical of you as a player?

Finn: I think a lot of the comments are based off our best-of-five against G2. But for me, personally, I don’t want to let myself get defined by one bad best-of-five. I just went forward into this Worlds and tried to do the best I could for my team. I wanted to make sure I was reliable, which I think I was in a lot of the games. I was doing my job. I think, outside certain weaknesses in some areas—in the champion pool, for example, we didn’t play certain champions in the top lane, which maybe hurt us a bit in draft. Playing around top, in general, is not something we were very comfortable with, which we could kind of see in the last game against PSG Talon. I think, if we had practiced better on this, we would have been able to take this win easily. But yeah.

Criticism, of course, it’s gonna hurt. But I think it’s important to take criticism from the people who know anything about the game. [chuckles] Not from the people who don’t know. A lot of people see bad numbers and instantly point fingers, but I think the picture is a lot bigger. I did have a lot of questionable moments this Split. I’m not going shy away from that. I think a lot of the criticism is very fair. At some times my laning phase is not the greatest. Or sometimes, when I’m on a carry, I don’t really show my worth on the champion. It’s a lot of things I’ll need to work on for next year.

This Shanghai trip and this Worlds experience has been very meaningful for me. I played against the best top laners in the world, and it has been very helpful for me to play against them. I can see what they do so well, how they impact the map so well, and how they play their lane so well. So, I have a lot of things to take away from it next Split. I think, coming into Europe, it’s gonna feel like I’m playing with some weights off. It has become a lot more clear to me how I want to play as a top laner and what I want to do. Right now it sucks, but I’m really excited for next year already. I really want to make it back to Worlds next year and show a much better performance than this.

Hotspawn: I’m glad you ended with that positive note. I personally thought you held your own quite well against Zoom and the dives of JDG, getting a kill trade a few times. In moments like that, do you feel reinforced in your on abilities, and maybe a bit of a ‘fuck you’ to the haters?

Finn: Hm, I don’t think I need to prove something to anyone else. I know myself that I can play very well. I don’t really care what the public opinion of me is. I know that, as soon as start showing consistent performances on-stage, people will instantly start saying I’m a beast. “How could I ever have doubted this guy?” What people say online doesn’t matter. They change their opinions so quickly. I’ll be back next year, and I’ll be back a lot stronger.

Hotspawn: You said that you’ve learned a lot playing here at Worlds. How is that for Rogue as a team? Have you seen your teammates develop individually, and Rogue as a team?

Finn: I think as individuals we took one step forward, but as a team, we took one step backward this Worlds. We focused a lot more on staying on-par for our individual levels. I think we lost a lot of our teamwork, which is what made us so good back in Europe. It’s something to look forward to next year when we manage to match both these sides. I think the pieces of our team are very strong right now, but the puzzle doesn’t really fit together as of now. I hope we can come back even stronger next year and show everyone how strong we can be.

Hotspawn: Finally, to round up your Worlds, do you want to say anything to the people who have been supporting you and Rogue on this journey?

Finn: I just want to say thank you to everyone that has been sending supportive messages to me to make sure I keep my head up. It has been a turbulent year. A lot of ups and a lot of downs in terms of my play. I just want to say a big thanks to everyone and I hope you will keep supporting me next year. I think next year is going to be even greater.

The next match at Worlds will be between Fnatic and TSM, to be played on October 10 at 10 a.m. CEST.