Final Twistzz of the Knife: Where Liquid CS:GO Go After 2020 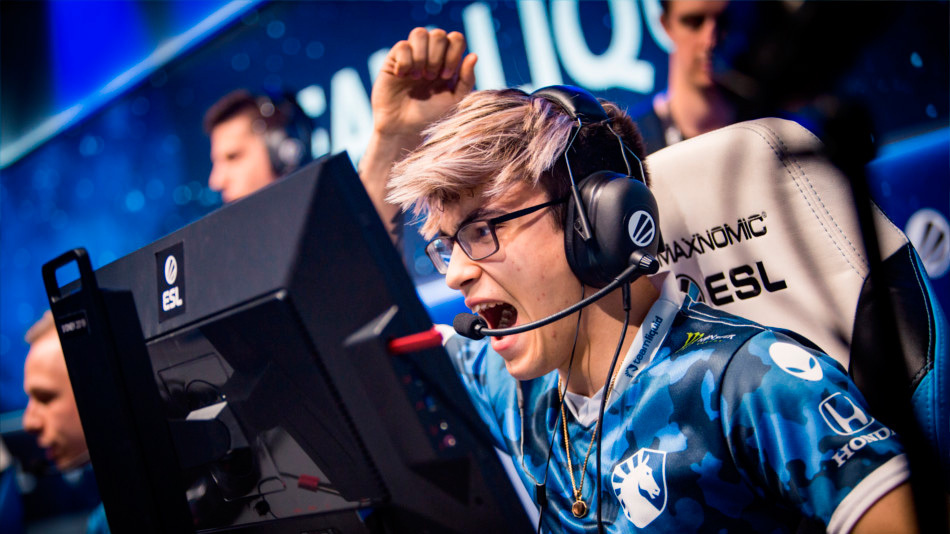 Twistzz’s time with Liquid comes to an end, and now both sides head in very different directions. (Photo courtesy ESL)

2019 was almost a dream come true for Team Liquid CS:GO. The team that had come so close to breaking into the top echelon rolled the dice with a trade that landed them Stewie2K after his disastrous tenure with MiBR. They year also brought in a former player in adreN to coach. It couldn’t have fallen into place any better. EliGE went from star to superstar, jumping from #15 on the HLTV player rankings in 2018 to #4 in 2019. This on the heels of numerous well-earned MVP performances. NAF maintained his status as a world-class AWPer with Twistzz upping his performance. The veteran nitr0 provided sturdy production behind the emerging stars, and Stewie and adreN combined forces for one of the smartest IGL-coach tandems in the game.

Team Liquid cruised to an Intel Grand Slam in 2019 at a record-breaking pace, and were damn near unbeatable from the beginning of the year through the summer. Their only marks of concern came in the latter half of the year. The results from the two Majors only look worse in hindsight compared to the expectations that people, and the team, had set. Naturally, expectations were equally as high for 2020, and it looked like it would be more of the same. They stomped out the local competition in April at ESL Pro League Season 11 North America, and it looked like another streak of event wins was inevitable. Not only did the streak of wins never materialize, Team Liquid wouldn’t win an event for the rest of the year.

The trouble began just a month later at ESL One Road to Rio, where the team finished fourth behind Gen.G, FURIA, and Cloud9. FURIA would give Liquid problems in the future, but loses to Cloud9 and Gen.G should have been a serious warning. Whereas the summer of 2019 was bountiful for Liquid, the 2020 summer was a vicious drought dry of championship yields, as FURIA, Gen.G, and the re-awoken Evil Geniuses would deny them trophy after trophy. 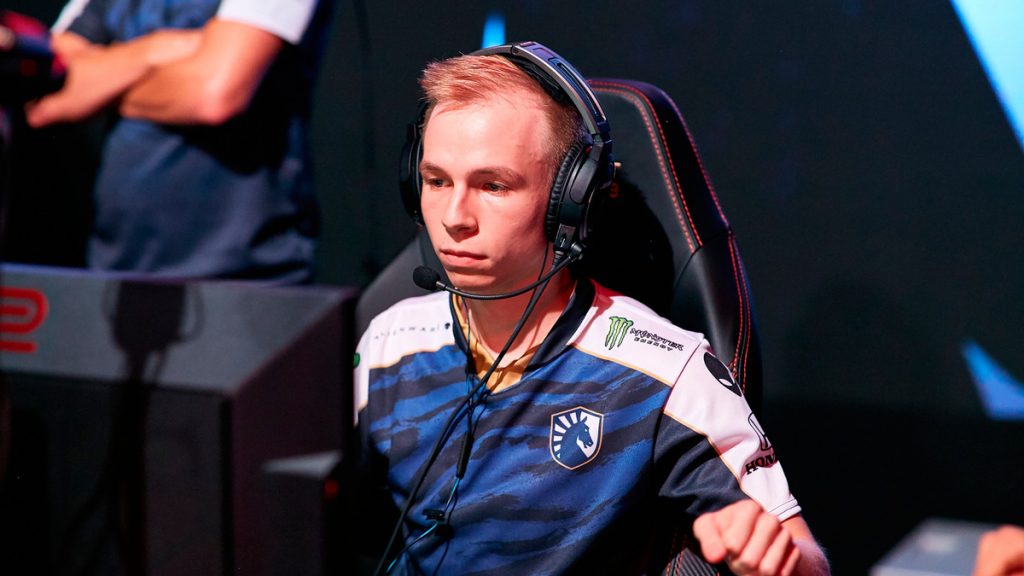 Nitr0 ended up being the one moved to the bench, but he would eventually use the opportunity to pivot his career into VALORANT. In the new game he’s already found success with 100 Thieves alongside other NA CS veterans in Hiko and steel. As pointed out above, his dropoff in CS:GO production was not only the sharpest, but his production prior to that drop was already the lowest on the team. In addition, he was the one player the team could most afford to swap out. EliGE, NAF, and Twistzz were all top ten players in 2019, and Stewie’s versatility as a rifler or an IGL makes him extremely valuable.

Within a week of moving Nitr0 to the bench, the team brought in his replacement in Grim from Triumph, and also grabbed Moses off the caster’s desk to swap out coach adreN. Their immediate results were fine when you consider they were using a new player and a new coach; two second place finishes following two close grand final series. But then it started getting worse as the year wound down. The team finished fourth after squandering a 1-0 lead over 100 Thieves in the semifinals of ESL Pro League Season 12 NA. Then back-to-back eliminations at the hands of second tier NA teams in Triumph and Chaos EC at IEM New York and IEM Beijing. Then then skipped DreamHack NA to compete in EU only to finish dead last after losing two series 2-0.

But a shining beacon of hope emerged at the final event of the year: the IEM Global Challenge. Liquid had earned a spot with the “top” NA ranking, given that FURIA had already qualified with a win at IEM New York. After dispatching Heroic, Liquid finally stuck it to the red hot Brazilians in the Group B decider series, capping it off with a 16-3 rout on FURIA’s pick of Inferno. They carried their momentum into the semifinals with a decisive 2-0 against BIG, placing them in the Grand Finals against Astralis. This was their second time facing the Danes in less than three weeks after not playing them at all the entire year.

The second time went about as poorly as the first; Astralis swept Liquid 3-0, although the North American team were able to at least keep each map relatively competitive. Despite going nearly the entire year without a trophy, the improved performance from Liquid at the Global Challenge prevented already questioning fans from slamming the panic button, and helped the team improve from their lowest ranking in three years; #17 on HLTV. But questions still remain, especially with Twistzz announcing that he’s leaving the team and looking for a permanent home in Europe, and Liquid doesn’t have long to get those answered.

Team Liquid’s turnaround will be considerably shorter than some of the other teams in the upper echelon of Counter-Strike. They are due back for the BLAST Premier Global Final on January 20, 2021, where they will join the teams that dished out defeats for them in 2020 in FURIA, Astralis, and Evil Geniuses, in addition to Na’Vi, Complexity, Vitality, and G2.

Filling in Twistzz’s production will be a challenge, but they’re already at a solid starting point given how well Grim has fit in during his short time so far. He’s surpassed the production that nitr0 was giving during his final stint, as the former Triumph player is averaging a 1.09 rating and a +50 KD differential since joining. His performances got better toward the end of the year, with a couple exceptions, as over the past three months specifically those numbers climbed to 1.11 and +65, and he’s been really strong against NA opponents. Yes, he did struggle in the final two events against European competition, but that was his first taste ever and he’ll have plenty more opportunities next year.

The expected and reported move is to bring in legendary Brazilian AWPer and in-game leader FalleN. The two-time Major winner voluntarily moved himself to the MiBR bench in September in the wake of coach dead being suspended for using the spectator bug. Numerous outlets have reported that FalleN is the likely candidate to move in, and he’s been spotted playing with the Liquid guys in recent weeks. With this five-man lineup, a return to form is certainly possible, but it’s gambling on a significant role change, a new strategic partnership flourishing, and for the newest addition to take another step forward. 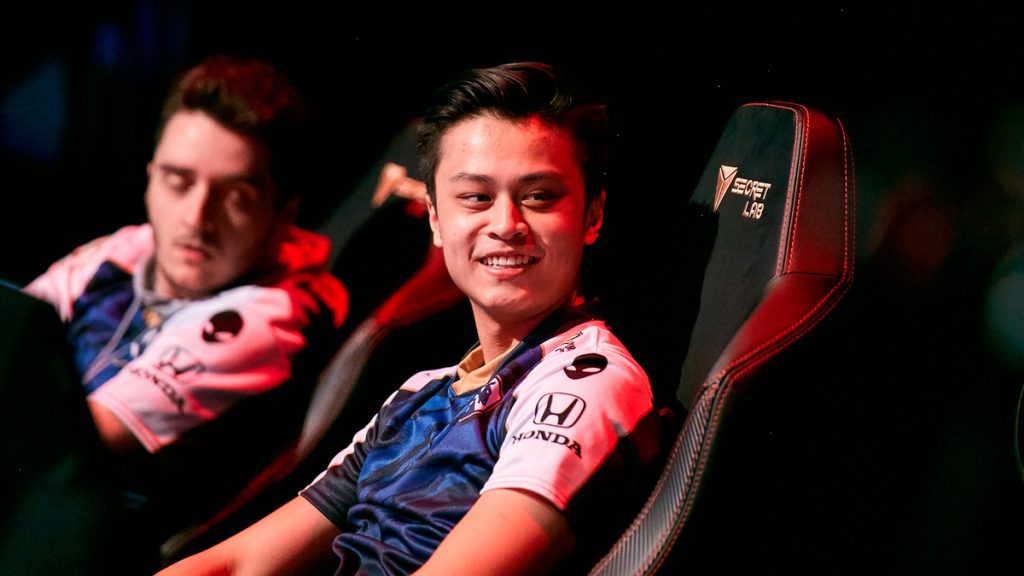 Stewie could be heading in the direction of a new role within Team Liquid. (Photo courtesy Igor Bezborodov for StarLadder)

Even though it was a down year for the pair, EliGE and NAF were still clicking on Liquid throughout most of 2020. A return to their 2019 form would certainly be nice, but not ultimately necessary for Liquid CS:GO to be successful. FalleN is definitely not going to be taking the primary AWPing duties from NAF, but having him take over as IGL while reverting Stewie to a pure entry fragger role is in the team’s best interests. Stewie appeared on the CS:GO radar because of his aggressive, fearless peeks coupled with his skill, and taking shotcalling off his plate should let him fill up on the playstyle that earned him his Cloud9 spot years back.

Being given FalleN as an in-game leader on Liquid CS:GO is an absolute gift for moses, whose coach’s chair must be feeling a little hot. The team has had a very down year marred by a higher amount of mistakes, and fewer clutches all around. Now that the “underperforming” player is gone, the next domino to fall will likely be moses if the poor performance continues, especially if he can’t make it work with an all-time in-game leader like FalleN. Finally, and this should already be an expectation for the team, but Grim should take another step forward. Not to say that his first half-year on Liquid CS:GO has been bad, but the next step for him is performing better against European competition, and he’ll have plenty of trial by fire as the international events ramp back up in 2021.

Post-Holiday Travel With a Twistzz

While his final international events were not his strongest of the year as an individual, Twistzz still had a productive year overall with Liquid CS:GO, and may just need a change of pace after more than three years. But where could he end up? While FaZe seemed like a possibility given that olofmeister hasn’t been fully promoted back to starter, coldzera said in a recent interview that they’re more interested in bringing in an IGL, so that he can return to rifling similar to what Liquid’s potential plan with Stewie is. Karrigan has been rumored to be returning to FaZe, but if the org also wants to move on from Kjaerbye after a disappointing year, then swapping in Twistzz would be a nice step forward after losing NiKo.

In addition, there is a plethora of talent that have been playing in North America that don’t want to jump over to VALORANT, but do want to hop over the pond and play in Europe. Gen.G have made the remaining players on their roster in autimatic, koosta, and BnTeT available for transfer, and the majority of the 100 Thieves core still haven’t been signed. Even jkaem is back on the menu after a very short tenure with Apeks. Twistzz could join the 100T core if they end up signing with Extremum, or join a deep pool of talent from Gen.G and Chaos EC that a new organization could snatch, like say, a returning OpTic back under its original leadership?

While FalleN to Liquid seems pretty set, there’s no telling where Twistzz is likely to end up, and no way to know how this new form of Liquid CS:GO will turn out. Coming off a tumultuous year for NA CS:GO, the future of Liquid has the eyes of the entire scene on it, and for better or for worse, how the next year goes for them could have some serious ramifications.