Fiction: “[Nintendo] is Stuck Fifty Years in the Past.” 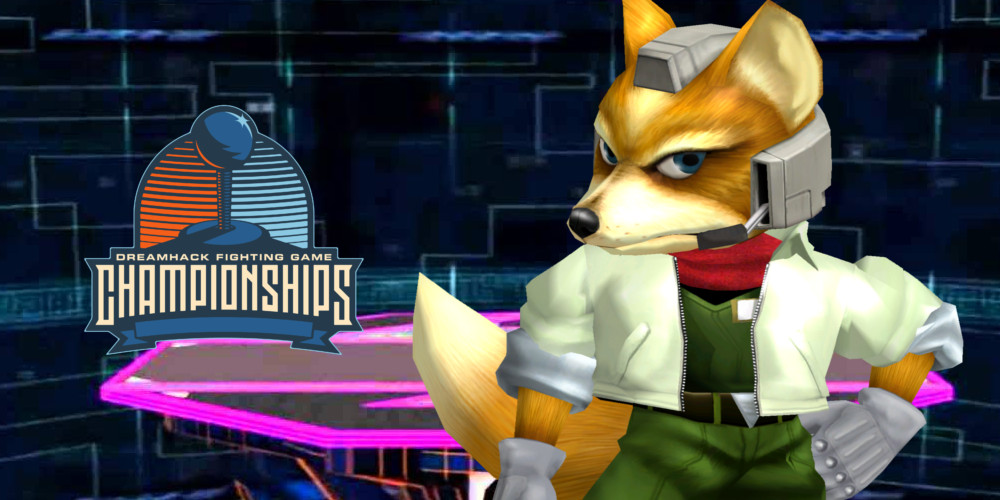 Fiction took the win recently at the Melee competition at DreamHack Anaheim.

Shephard “Fiction” Lima is currently ranked 12th in the world according to the Melee Panda Global Rankings. Most recently, he pulled out the win at Dreamhack Anaheim against some of SoCal’s best players.

We had the chance to catch up with him to talk about Nintendo’s ongoing lack of support for the Melee community, his hiatus from the scene for several years, his video game, and playing his best against the crowd favorite Johnny “S2J” Kim.

Hotspawn: This was the second time you’ve gone into an event as first seed. Can you walk me through what that was like?

Fiction: Yeah, the first time was Lombardi and I couldn’t believe I won that. DreamHack was more like a Fight for SoCal, with a lot of the big players from here and a few from Arizona, and I never win those. I was really happy that I could pull it together against both [Westballz] and [S2J]. I think I got significantly better at prep. I use my fear now to prepare for matches. “Oh, I’m scared! I’ll just study VODs and feel better!” 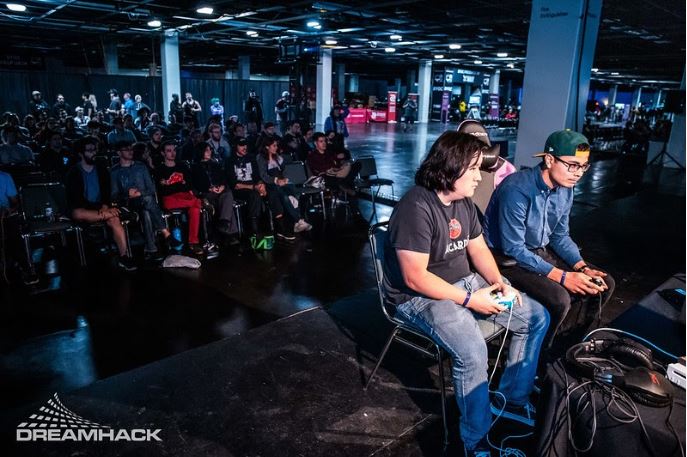 Before I thought I shouldn’t study VODs and get in my own head, but this time I made sure to study up for it; I wrote some notes down on people. Johnny’s notes weren’t all that useful. I had to kind of play him in the moment. For Wes, I play him all the time. It was very stressful, but I did my best to manage my energy correctly, so that I wouldn’t freak out or get too tired. I’ve been working really hard at trying to improve that, and I’m glad it paid off.

[Nintendo] hate everything that they’ve created

Hotspawn: It seemed like the crowd was in S2J’s pocket throughout that match up. Did that affect you at all?

Fiction: Yeah, he plays Falcon, and he does cool combos with Falcon, so I’ve already accepted that that’s my fate. The crowd will never cheer for Fox against Falcon and it makes sense. I’m very used to it. The crowds used to effect me, but not anymore. They’re cheering for me, they’re cheering for my opponent, I just kind of hear it. It doesn’t really go in my mind anymore. It’s like this separate part of me. I hear what they say and I might remember what they said afterwards, but it literally doesn’t effect me during the set at all. The crowd could be freaking out – even against Leffen at Genesis, everyone was screaming, the whole venue, but that had nothing to do with me choking. That was because it was Leffen and I was rightly terrified *laughs*. It was a stock up, it was the last game, that’s scary stuff. I wasn’t ready. Next time I will be.

Hotspawn: A lot of Smashers have mixed feelings on how Nintendo treats Melee and Smash. How do you feel?

Fiction: Oh yeah, I hate Nintendo. Fuck ’em. Seriously garbage company, they hate us. They hate everything that they’ve created. People are like “we love those things” and then they take them one step further than they intended. Nintendo’s like “No! Now you’re bad!” We literally took it one step further and they can’t handle it. It’s just garbage.  The company is stuck fifty years in the past. They have no idea what’s happening and I don’t like them.

I don’t really see things going downhill at all, only uphill as people get more experienced.

Hotspawn: Is there anything that you wish that they would do to help the Smash community?

Fiction: I wish they had anyone there that was living in present day. No one at Nintendo lives in the right now. Except for the people that probably have no power – I’m talking about the executives. Those people do not live in 2020. They do not accept esports, they don’t think any of this is worth it or valid at all. They’re just old and they don’t care. Maybe in like 10 or 15 years we’ll get some random new powerful Nintendo people in who can change things up. But for now, we’re stuck on our own. They have a history of going after fan games, and stuff like that, really just backwards company overall. Shoutouts to HAL Labs.

Hotspawn: In absence of Nintendo, what do you think the grassroots scene could do better? [Interview was conducted before Smash World Tour announcement]

Fiction: I think generally as people get older there will be more adults in the scene and people that have had ten or fifteen years experience running events and doing things like that. I don’t really see things going downhill at all, only uphill as people get more experienced. It started off when everyone was just kids. 18-year-olds running Majors and now it’s a bit more official. I think Smashers are moving up in the world, but we have to age our way up. We need some 40, 50 year olds with some real money. They start pulling some strings and then the game can actually work.

The prize pools don’t really make sense for the challenge. You have to just ignore it and play for the skill.

Until then, we’re just trying to see who’s the best. Playing for pocket change – not at DreamHack, this prize for first here was $1,200. The prize for Lombardi, that I won a few weeks ago and was much harder; $400 for first. $2,800 prize pool, 14% for first, $400. So I won three of those by beating just Westballz and S2J. The prize pools don’t really make sense for the challenge. You have to just ignore it and play for the skill. That’s it. Play for the friends and the skill. If you think too much about the money you start going “Wait. I could just be working and making this money.” The money allows me to eat, so I’ll keep it up. 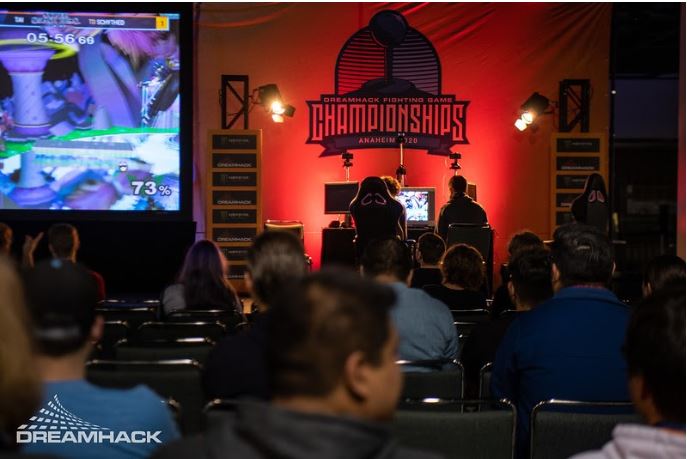 Hotspawn: You took a break for a few years. What prompted that?

Fiction: It was hand issues and I got tired of the game. Pre-netplay there was really no way to get good practice and I don’t have a car so it takes multiple hours to go anywhere in SoCal. I just got tired of the game and my hands prevented me from playing my absolute fastest all the time. I got to the point where if I can’t play my fastest, it’s not even fun.

I was also just getting frustrated finding top player practice. I would play the top five like once a year and they didn’t want to play friendlies with me because they could tell that I was up and coming. So I show up once a year, I get a few friendlies, I get cheesed by Hbox because I didn’t know the match-up at all, and then go home with no money — it wasn’t worth it. And I wanted to take time to work on my video game. I’ve been working on this game 12 hours a day anytime I’m not playing Smash. Me and just an artist. It’s my primary life path, Smash is my secondary.

The people who aren’t as good are finally falling away

Hotspawn: Do you find it hard to balance working on your game and playing Smash competitively?

Fiction: Extremely hard. Basically during December and January I barely touched Melee. I strictly worked on my game, then since one week before Genesis, I’ve done nothing but Melee. That’s how I balance it, because doing 50/50 doesn’t really work. I can code a lot and play Melee a little and maintain skill, but then when I want to improve at Melee, I drop the game and go hard on Melee. If I go hard on Melee, doing a little bit of code, nothing gets done. You’ve got to put in the heavy days.

Hotspawn: What do you think of the state of the Melee metagame right now?

Fiction: The meta is probably one of my favorites that it’s ever been. It’s getting more and more honest, and it’s just going to keep getting more honest. I’ve been wanting people to be honest with their play for years, they got to force things because they had tech skill. They knew execution, people would just go for stuff like dair your shield hoping you mess up. But as people get more precise that’s getting weeded out. The people who aren’t as good are finally falling away, and the people who are actually good are starting to climb up, so it’s worth it. Really good. Very excited.

Hotspawn: Why do you think DreamHack Anaheim had issues with turnout so far as numbers went?

Fiction: I think it was just down to a sheer number of events going on. We just had Genesis in California, CEO Dreamland is coming up, Frostbite is happening at the same time as this one. It was just a saturation issue. People weren’t willing to make the trip back to SoCal for one more tournament after Genesis, two weeks later. They’re probably saving up for another event on the calendar. 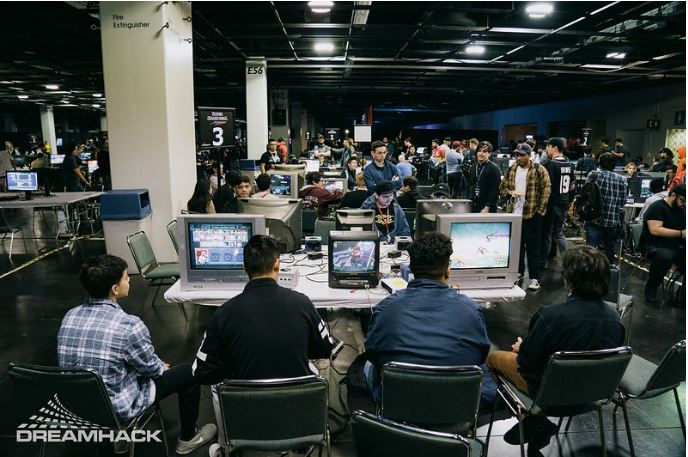 Overall this event was decent, they had good setups, the scheduling was a little weird, but I think it was supposed to account for a much larger turnout.

Hotspawn: Do you think DreamHack could do more to support fighters? You guys are kind of out of the way in the basement of this event, for instance.

Fiction: I honestly don’t mind. As long as they put up prize money. I think they did a great job. Put us in the darkest corner, closet, we’re used to it. If they put up money man, I paid $1 to enter this event. *laughs* Do this everyday. I don’t mind the dark corner, I live there!