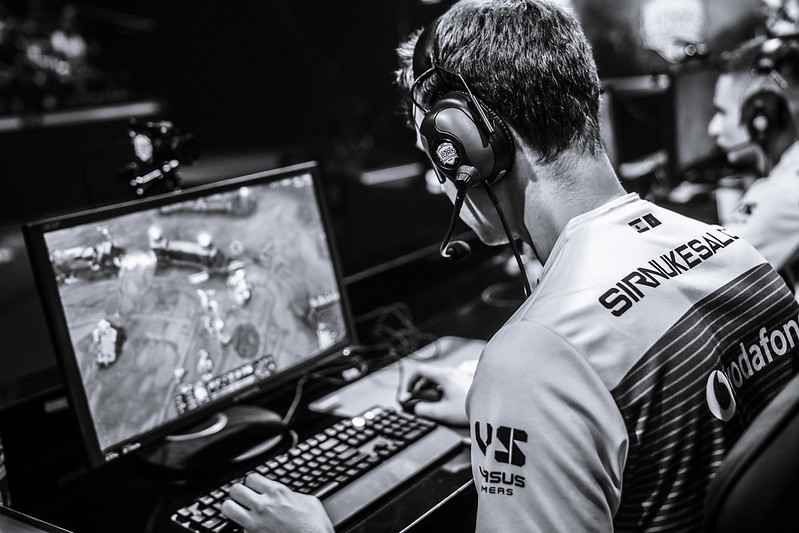 Nukes will get a second chance in the LEC as he joins FC Schalke 04 for the Summer Split. (Photo courtesy Riot Games - LEC)

FC Schalke 04 have announced their 2020 Summer Split roster, including their starting roster for week one of the LEC. The most notable change comes at support, as Risto “Nukes” Luuri replaces Han “Dreams” Min-kook in the starting lineup.

After months of tryouts, we're happy to announce our 2020 #LEC Summer Split roster and our philosophy going into the Split.

Nukes, formerly known as SirNukesAlot, brings plenty of experience to the role. Along with teaming with players like Mike “Wickd” Petersen, Rasmus “Caps” Winther, Elias “Upset” Lipp, and Matyáš “Carzzy” Orság in academy, Nukes also played the entire 2018 LEC Summer Split for Giants Gaming. This will be his first start in the LEC since 2018 after bouncing around the Academy scene for the past year and a half.

The rest of the starting lineup played together for the majority of the Spring Split. Lurox was promoted to the main roster in week three of Spring, replacing Erberk “Gilius” Demir. Gilius did not get another opportunity on the main roster until the final week of the season. He is still with S04 for the Summer, but he will begin the season on the Academy team.

One name notably absent from both the main and Academy rosters is Konstantinos-Napoleon “FORG1VEN” Tzortziou. FORG1VEN notably quit on his team after the first three weeks in the Spring Split saw S04 start 0-6. Innaxe moved up to the main roster and played well, allowing Matúš “Neon” Jakubčík the chance to fill in on FC Schalke 04 Evolution. Neon will continue on in that role for now, hoping to push for a spot on the main roster.

FC Schalke 04 Head Coach Dylan Falco sees plenty of opportunity for the players who will begin the season on the academy roster. In the announcement, Falco said: “We very much believe in having an academy team in which we ready players for LEC, in which we have actual viable alternatives to play on our LEC roster. We spent a lot of time before the Summer Split doing tryouts for our LEC team, and I would expect to see some changes or rotation of roster throughout the split of our academy players.”

FC Schalke 04 hope their fluid 10-man roster will help them improve on the 6-12 Spring Split that saw them miss the playoffs. They open their Summer Split against Team Vitality on Friday, June 12th at 10 a.m. PST.