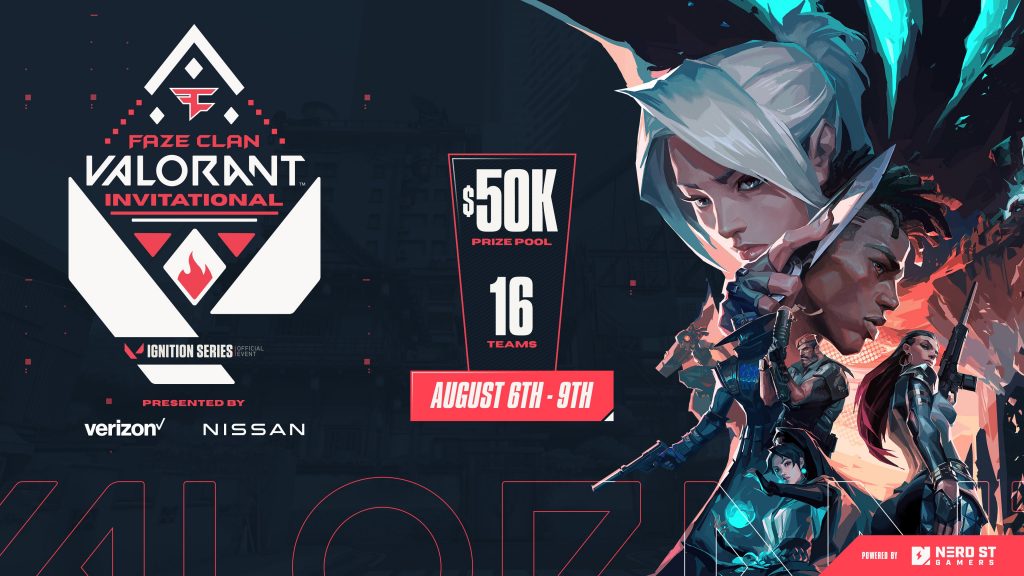 FaZe Clan are hosting a VALORANT Ignition Series Invitational where 16 invited teams will compete for a $50,000 prize pool, the organization announced on Tuesday.

Together with @NissanUSA & @Verizon, we're inviting 16 teams to compete for $50,000… and you could be one of them. Hit the link below for all the info! https://t.co/eIfgftvpba | #FaZeInvitational pic.twitter.com/XSGjgaTGsH

The tournament will take place on August 6th-9th and will feature FaZe Clan and 11 other invited teams. Four other teams will earn entry into the Invitational through qualifier events on August 1st and 2nd.

The seeding for the 12 invited teams will be pre sorted based on previous tournaments, and the four open qualifier teams will be randomly placed in groups.

The top four teams will earn cash prizes ranging from $25,000 to $2,500. The other teams competing in the Invitational besides FaZe Clan have not been revealed, but fans can likely expect other prominent organizations to make an appearance.

The VALORANT Ignition Series is the first official series of tournaments that have given fans their first taste of the VALORANT esports scene. The FaZe Clan VALORANT Invitational will be a pivotal North American event that will further highlight the developing competitive meta and highlight the strongest teams in the region.