FaZe and Complexity Advance to Playoffs at IEM Beijing Europe 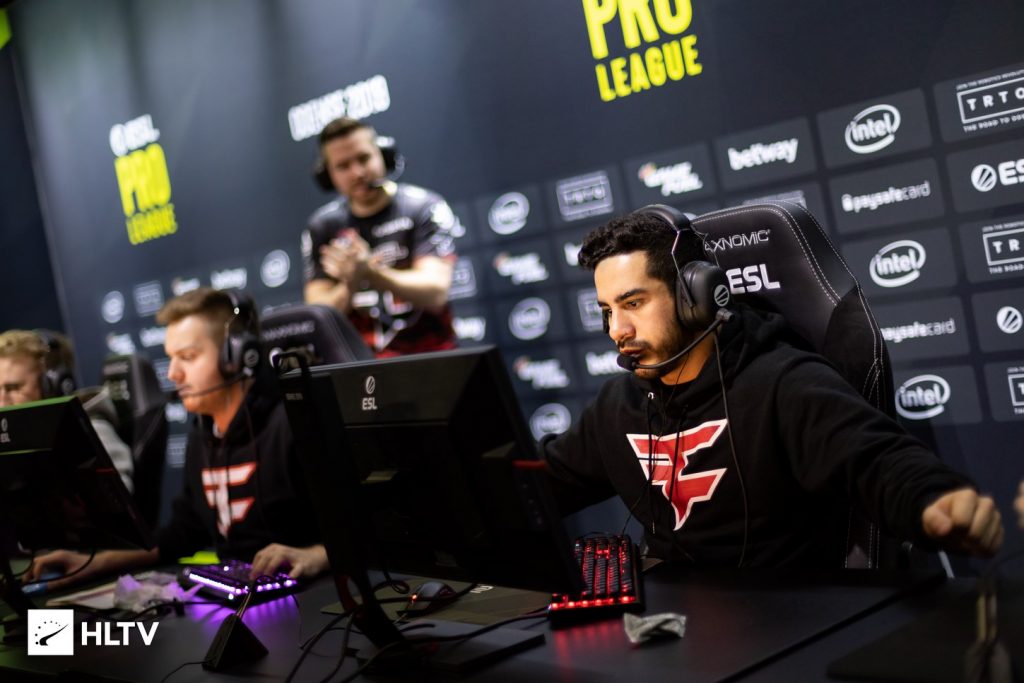 FaZe Clan have taken down two very strong teams in OG and Vitality to earn a spot at the IEM Beijing playoffs. (Photo courtesy HLTV)

IEM Beijing Online: Europe has seen it’s first two teams advance to the playoffs. FaZe Clan and Complexity have turned Group A upside down by taking down top five ranked opponents on their way to qualification. They have each earned a 10-day break while the rest of the field must play through a stacked lower bracket.

FaZe Clan had a very difficult side of the bracket coming into IEM Beijing. Their recent results at the BLAST Premier Fall Regular Season left much to be desired. As such, no one expected the levels of dominance they displayed.

Their first match was against OG. FaZe’s Inferno T side started slow. They held a 3-6 deficit before a five round win streak to end the half gave FaZe an 8-7 lead. Returning player Olaf “olafmeister” Kajbjer was the standout performer who allowed this shift. FaZe Clan never looked back from there. They kept the lead for the rest of the game as their defense only gave up three total rounds. A convincing 16-10 put them a leg up in the series.

OG’s Dust2 was up next. Even with OG taking a big 9-6 T side advantage into the locker room, FaZe Clan made their lives very difficult. A five round win streak to open up the second half put the lead in FaZe’s favor. Needing to take their map, all of OG stepped up to bring it to overtime. After two extra periods, OG edged FaZe out 22-20 with four players above a 1.00 rating.

Mirage was the tiebreaker. FaZe immediately looked like the fresher team out of the gate. A dominant showing out of AWPer Helvijs “broky” Saukants saw FaZe take an 11-1 lead. OG tried their best to bring the game back. Losing the second pistol round, OG still managed to close the gap to 13-11. Unfortunately for them, there just wasn’t enough left in the tank. A 16-12 result put FaZe Clan through to the qualification match.

FaZe now came up against the second best squad in the world in Team Vitality. An Overpass pick came out early from the French side. Vitality were undefeated on the map in the past three months, but FaZe were prepared for it.

A lost pistol round turned into momentum for FaZe after a force buy victory. Vitality started gaining ground back, but FaZe stabilized to win six of the last seven rounds in a row. FaZe then opened up their T side with four rounds. Although the score became closer, FaZe managed to stay ahead of their opposition. Broky was once again instrumental in their success. He had 16 kills on the CT side and matched that pace into the T side. In the end, FaZe stole Vitality’s map pick 16-13.

Mirage was an even closer affair. Vitality sped out of the gate with a pistol round win. Needing a foot in the door, Broky continued his carry performance up against the best that Vitality had to offer.

With that massive momentum shift, FaZe won 10 rounds in a row to end the half up 10-5. Despite the deficit, Vitality managed to pull the game back to overtime with a 10 round attack of their own. Their miracle comeback was then interrupted by FaZe going 3-0 on their defense. A 19-15 finish ensued, sending FaZe Clan through to the playoffs.

Complexity’s road to playoffs was easier on paper. Their first match against Fnatic was an example of that. Inferno was the pick of the Swedes. They struggled on their initial T side after they couldn’t convert the pistol round into a big enough lead. Complexity’s 9-6 CT side gave them good headway into the map. They even won the second pistol round. However, Fnatic forced up and stopped their opponents instantly. The half drew on until Fnatic won the last two rounds of regulation. Unfortunately, they couldn’t keep their success rolling. Complexity won all three rounds on their T side and took map one 19-16.

Mirage was up next. Things looked dire from the start as Complexity steamrolled through Fnatic’s defense for a 10-0 lead. Although the Swedish squad managed to bring the score to 10-8, a strong hold by Valentin “poizon” Vasilev swung the momentum back in Complexity’s favor.

From there, Complexity didn’t lose a single round. The 16-8 display put them through to face Na’Vi in the qualifier match.

They started out on Complexity’s Nuke. They put up a respectable T side but still trailed 7-8 at the half. Na’Vi on the other hand had no trouble finding rounds on the attack. A five round streak to start the half quickly turned into a 16-10 for the CIS squad.

Next was Overpass. Despite looking weak on their Nuke defense, Complexity turned things around immediately. They held Na’Vi to just five rounds in the first half as William “RUSH” Wierzba and Kristian “k0nfig” Wienecke combined for 33 frags. Na’Vi were unable to replicate that performance, resulting in a 16-10 in the favor of Complexity.

Mirage was the final battleground. The early rounds were traded back and forth evenly. With the score tied at 4-4, Na’Vi looked to take off with the lead. They found their way to 7 rounds while also threatening Complexity’s economy. With the first half on the line, Justin “jks” Savage found a 1v2 Desert Eagle clutch to secure a path for his team.

The result was an 8-7 lead for Complexity at the half. Little changed even with the sides swapped. The first eight rounds went back and forth constantly. Whichever team found the first win streak of the half would be in pole position. It was Complexity who managed to take four of the last five rounds in a row to secure a 16-12 victory.

Two of the four playoff teams from Group A have been decided. The last six will all be playing through the lower bracket for their chance at glory. Matches will resume on November 10th with Team Spirit vs OG and MAD Lions vs Fnatic.