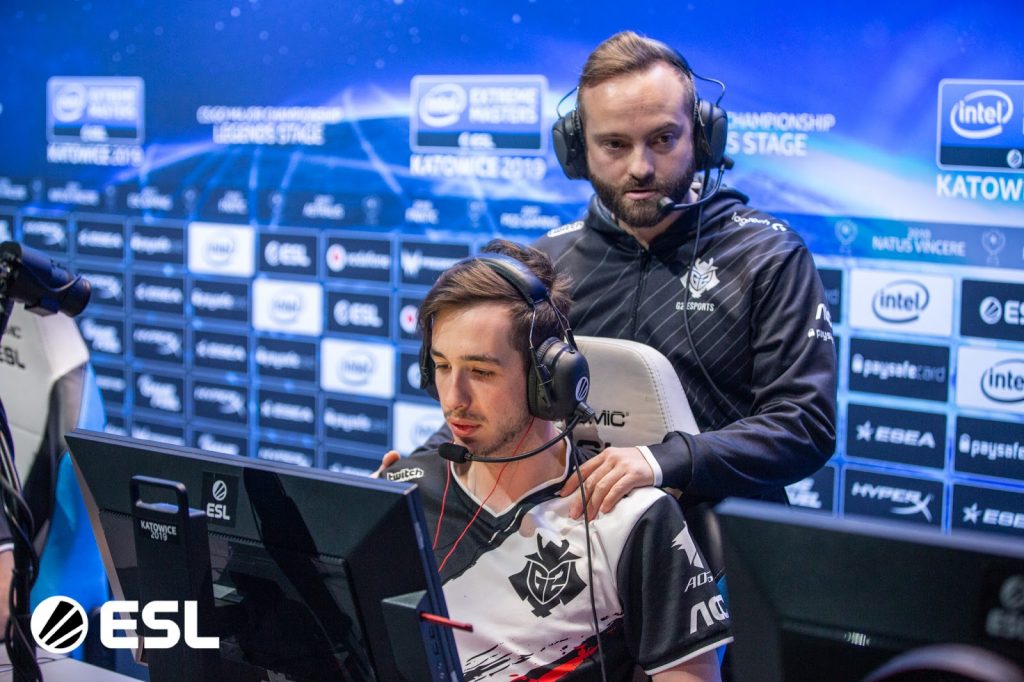 One of CS:GO’s biggest tournament of the year, IEM Katowice, is now under way. The group stage pits sixteen of the best teams in the world against each other in two double elimination brackets. Only the top three from each will survive and make it to the playoffs. Day one was full of expected results, yet allowed for some benchmarking of the teams.

The first IEM match of the day was a safe one, as the number one team in the world took on a fledgling C9 squad. Map one was C9’s pick of Overpass. The match actually started off well for C9 as they took a 4-1 lead from the T side. After that however, Astralis shut the door on them completely to end he half 11-4.

It's half time on Overpass and @astralisgg lead 11-4 as they move over to the T-side!#IEMhttps://t.co/JCaCtOeg6K pic.twitter.com/mnzFO08HDh

The second half only lasted eight rounds as Astralis were able to find their fire and take map one 16-7.

On Train, C9 did get to choose the favored CT side. They made good on it early, taking a 7-3 lead. Once again, Astralis came charging back to end the half at a mere 7-8 deficit. Astralis had full control on their CT side. After C9 took the first string of gun rounds, Astralis won seven rounds in a row to close out map two 16-12 and complete the 2-0.

The other IEM early match saw Team Vitality tower over Ninjas in Pyjamas as the favorites. NiP chose to play a surprise Vertigo for map one. The Swedish squad started off hot on the T side taking six of the first seven rounds. Vitality defense held strong after that, only going down 7-8 at the half. They then won the second pistol and used it to take a 12-9 lead. NiP attempted to stabilize a defense of their own, but Vitality was able to keep their T side unpredictable. The French team secured map one 16-12.

Vitality continued their oppressive attack on their Nuke pick. After giving up the pistol and ensuing round, Vitality bought up and shut NiP down. While NiP managed to keep the score close, they still went down 7-8 at the half. Vitality used Nuke’s CT side to keep momentum. NiP only managed three T rounds as Vitality closed out the map 16-10.

Na’Vi vs FaZe was the only match of the day that went to all three maps. Na’Vi were slightly favored in the matchup as map one took them to Nuke. FaZe picked it for good reason, as their T side was calm and collected. Despite Na’Vi going up 6-1 early, FaZe managed to earn seven of the last eight rounds to end the half at an advantage. Their CT side was clean as well, resulting in a decisive 16-9 win.

Map two was Dust2, as Na’Vi needed it to stay alive in the match. The first half was very even as the teams traded win streaks. In the end, Na’Vi earned an 8-7 lead from the T side. FaZe immediately shot out to a 13-9 lead in the second half. With their backs against the wall, Na’Vi came roaring back to take seven of the last eight rounds and complete the 16-14 win.

The tiebreaker map headed to Overpass. FaZe started out on the CT side and put up an average defense. They led early 6-0, but Na’Vi found their stride to end the half down 6-9. The second half is where Na’Vi put their foot down. They only allowed FaZe to take a single round, earning ten of their own. Na’Vi secured the map 16-10 to win the series.

Fnatic’s first IEM match was against Renegades. They were overwhelming favorites in the matchup and quickly showed why. Renegade’s first picked Dust2, but Fnatic chose the less favorable CT side. On it, Fnatic completely shut the Australians down. Renegades only managed two rounds as Fnatic took a 13-2 lead. The close out was assured as Fnatic took map one 16-4.

Fnatic’s own Inferno pick was much more challenging. Renegades looked convincing on their CT side, going on multiple win streaks. They ended the first half up 10-5. Renegades even won four of the first five rounds in the second half, gaining a 14-6 lead. A third map looked imminent, until Fnatic’s defense once again stole the show. Their site holds were nothing short of perfect as the Swedes won ten rounds in a row to steal map two and earn the 2-0 sweep.

Mousesports vs TYLOO was another lopsided first round matchup. TYLOO’s map pick of Inferno immediately backfired. Mousesports lost the pistol round, yet won the next eight in a row. They ended the first half with a 11-4 lead. TYLOO once again on the pistol round then lost five in a row to end the map.

Mousesports went up in the series with the 16-5 win.

The second map was Dust2 and started off much more even. TYLOO’s CT barely kept ahead of mousesports with an 8-7 half time lead. It wouldn’t be enough, as mousesports’s defensive half was dominant. TYLOO only managed two rounds as mousesports completed the 16-10 map win and 2-0 series.

On paper, this IEM matchup should have been the closest of the day. In reality, it was the biggest roll of them all. G2 completely demolished 100 Thieves on their Mirage pick. G2’s CT side was impeccable, taking a 13-2 lead. After winning the second pistol round, G2 didn’t even let the Thieves get set. Map one ended 16-3 for G2.

G2’s Dust2 pick was somehow even more one-sided. 100 Thieves had a chance to get rolling after winning the pistol round, until Nemanja “nexa” Isaković pulled off the play of the day with a Deagle 1v4 into ace.

The Thieves never recovered in game or mentally as G2 ended the half up 13-2. The second pistol also went G2’s way, resulting in a clean second half. G2 took the map 16-2, winning the series 2-0 while only dropping five total rounds.

Tuesday, the first round of the IEM Katowice Group Stage will conclude as Team Liquid vs Virtus.pro and MAD Lions vs Evil Geniuses play first. After that, we will have Group A’s first elimination matches and the much-anticipated upper bracket semifinals. Katowice is beginning to heat up as plenty of Counter-Strike action awaits in the coming week.