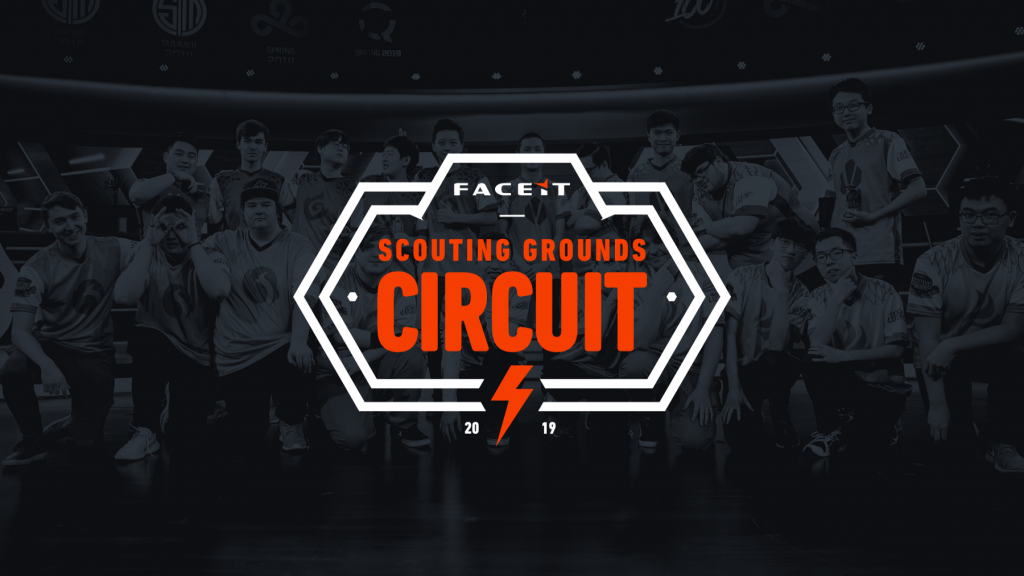 The semi-professional League of Legends scene in North America is expanding with the newly announced FACEIT Scouting Grounds Circuit, set to begin in July. Image via FACEIT.

Global tournament organizers FACEIT have announced an ongoing partnership with the League of Legends Championship Series, with the company to host the inaugural Scouting Grounds Circuit starting in July.

The newly-founded series of tournaments will act as qualifiers for the North American Scouting Grounds event, which has run as an invitational format for the past two years. The tournaments involved in the circuit will boast a total prize pool of $60,000 USD.

The format sees independent event organizers hosting semi-professional tournaments, all funneling into a sixteen-team playoff format on September 6-15. After that swiss bracket format, eight teams will contest the Circuit Finals from September 26. The two best teams from that season-ending clash will contest the LCS Scouting Grounds on November 10.

Eight online qualifier events have already been confirmed throughout July and August. Organizers such as Dark Star Gaming, Paleo Gaming, Player One Esports, and Upsurge Esports have already come onboard for FACEIT’s circuit.

The first Season of the Circuit will take place during July, August and September, and players of any skill level will have the chance to compete for a $60,000 total prize pool and qualify for the Scouting Grounds Finals this year!

This news comes as a major boost for the semi-pro scene that has languished beneath the LCS and Academy systems. After the removal of the Challenger scene when North America moved to a franchise format, it became difficult for new blood—whether that be orgs or players—to break into the closed format system.

LCS Commissioner Chris Greeley has said he and others within the LCS and Riot Games, hopes the newly announced partnership with FACEIT will go some distance to increasing that scene once more and allowing professional teams a better opportunity to scout new talent.

“It’s never been more important for us to ensure that we have a robust system in place to facilitate the growth, development, and visibility of the next generation of League of Legends stars,” Greeley said of the new circuit system.

Open qualifiers for all tournaments begin from late June and early July. Dark Star Gaming’s B.I.G. League Season 2 is the earliest to start, with qualifiers for the league-play format being held on June 22-23, and June 29-30.

For further information on sign-up details, circuit rules, and fixtures, head to FACEIT.com.