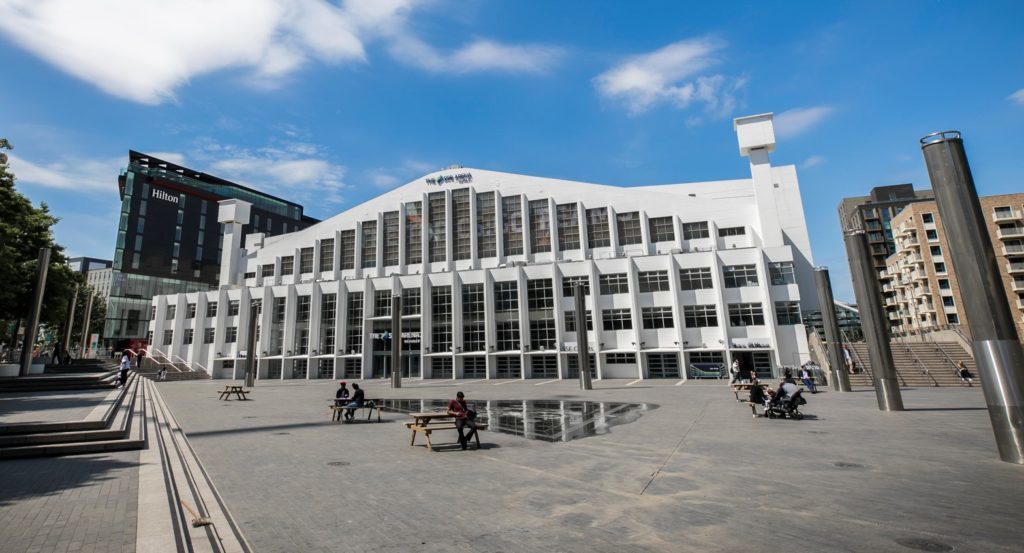 FACEIT ECS Season 7 finals are heading to the SSE Arena in London this weekend. (Image courtesy of FACEIT)

FACEIT’s ECS Season 7 LAN final for Counter-Strike is right around the corner, concluding months of online action. Hosted in the SSE Arena, London, there is $500,000 USD on the line from June 6-9. Throughout the months, teams have come and gone and now only eight remain: four teams from the European qualifiers and four from the North American qualifiers. With the event starting soon, let’s look at how the event operates.

The first teams to qualify for the ECS Season 7 were Astralis and Complexity Gaming. The second series of qualifiers brought North and NRG Esports to the finals. The final series qualifiers elevated Team Vitality and FURIA Esports. Lastly, Ninjas in Pyjamas and MIBR qualified based on prize money earned from the series qualifiers. NiP led EU with $17,750 whilst MIBR stole the show with $24,000 compared to Team Liquid’s and INTZ’s $10,750.

There are four teams in each group with group A containing: Astralis, FURIA, Ninjas in Pyjamas and NRG. In group B: Complexity, Vitality, MIBR and North.

Group A in the ECS Season 7 final. (Image via FACEIT)

Each group begins in the Upper Bracket, with Astralis versus Furia, NiP versus NRG, Complexity versus Vitality and MIBR versus North.  These first round matches will be played using a best-of-one setting on June 6. They will the advancement of teams into Upper Bracket and Lower Bracket seedings.

Following these games, two Upper Bracket best-of-three series will end the day. The losers of each match will fall into the second round of the Lower Bracket, whilst the winner advances to the Playoffs on June 8.

The bracket for Group B at the ECS Final. (Image via FACEIT)

Looking at the teams that qualified to present days strongest teams, ECS is going to be a rollercoaster of emotions. NiP surged at the end of 2018 and have had glimmers of success, such as at IEM Sydney, however, they have a lot more to prove to be considered a strong team.

Meanwhile, North is a team with its own set of difficulties. The last major tournament they won was Dreamhack Masters Stockholm in September 2018. Likewise, with NiP, they have points to prove this weekend. On the other side of the Atlantic, MIBR and Complexity have their own sets of trouble competing against top talent. If any of these teams can go far this tournament, it will take the edge off some criticism.

Complexity announced roster changes with Peter “stanislaw” Jarguz taking the bench and 15-year-old Owen “oBo” Schlatter taking his slot. It is likely this sudden change will need time to set in.

NRG also have their own issues. They recently underwent roster changes after a noticeable drop in performance, but they have gradually gotten better with Tarik “tarik” Celik joining the team. Given the opposition surrounding themselves at ECS, this may be the tournament they elevate their position on the global stage.

One of the most promising teams coming into this tournament is FURIA. FURIA is Brazil’s trending team. They recently performed well at DreamHack Masters Dallas. FURIA has a tough challenge in their opening match against Astralis, but they are a team that can progress in this tournament. The main goal for FURIA this tournament should be to outperform MIBR and unofficially become Brazil’s best team.

Likewise, Vitality has a similar angle to FURIA. Vitality came across as a team carried solely by Mathieu “ZywOo” Herbaut at their inception. However, the team has been developing for a few months now. They have defeated teams around them like NiP and North at Dallas, and recently defeated Liquid in the final of cs_summit 4. The question for them is can they go one step higher and consistently challenge teams better than them?

Finally, Astralis have their own question marks. No longer are Astralis the best team in the world as Liquid have surpassed them with their recent victories at Sydney and Dallas. However, Astralis did not lose that status because of failed tournaments. Since the Katowice Major, Astralis has attended five tournaments, all of which belong to their parent company, RFRESH. With Astralis leaving the nest, the world awaits to see if they can return to the number one status.