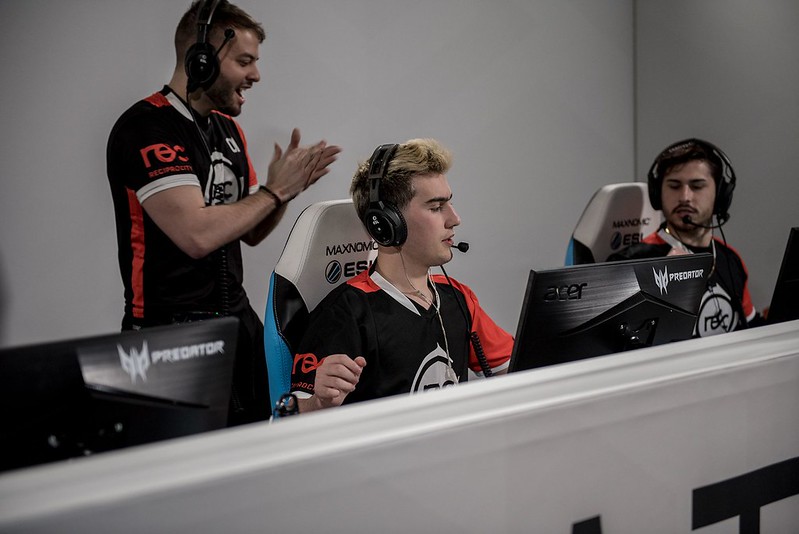 Reciprocity upset TSM 7-3 and give TSM their first loss of the season. (Photo courtesy Ubisoft)

Playday 10 in North American Rainbow Six Pro League was a fantastic night of action. TSM received their first loss at the hands of the former Reciprocity team, while Luminosity’s potential was unleashed, and Tempo Storm’s increasing hype reached a new level. Furthermore, the match of the night in Dark Zero and Spacestation Gaming was a great game among itself.

Since the bad news broke for Team Reciprocity, this team has been on a rampage. They destroyed eUnited in their returning match, and that destruction repeated this Monday as well. TSM lost to Reciprocity 7-3 on Border. The only thing that stopped them so far was their tie vs Evil Geniuses.

As for the match itself, Team Reciprocity simply outclassed TSM. Davide “FoxA” Bucci won every singe entry frag in this map. FoxA’s domination is alongside the rest of his team fragging and doing their jobs well. Four members managed to get above a 1.0 rating in this match. That’s all the evidence you need to know that the team as a unit executed their game plan perfectly, topped off with stellar individual performances.

With four players earn ratings of 1.0 or better, @TeamReciprocity defeat @TSM 7-3 to round out tonight's North American playday!

With that win, Team Reciprocity punch up the card. They are now one point behind Dark Zero, meaning the race for third is realistic. Also, TSM losing her means it is far more likely that Spacestation Gaming can catch them since they are five points behind.

Last week, we mentioned that this match is the go-to match of the day. With this callout, no one should be disappointed. This game went to the very last round with both sides playing tremendously well. Spacestation Gaming won the map 7-5 in the end, officially taking second place from DarkZero Esports.

As for the map itself, Spacestation Gaming won Coastline in a beautiful execution. The very final round Dylan “Bosco” Bosco took earned a 3k by jumping through the kitchen window. The play was intense and certainly needs watching.

LET'S GO DYLAN!!!!! (btw Dylan is BOSGOAT, i can use his first name because we are tight like that. yeah i know top players but its not a big deal to me lol)@DBosco_ #R6PL pic.twitter.com/e6bpJfnmsY

Although, Bosco wasn’t the only player to run rampage that map. Fellow SSG player, Nathanial “Rampy” Duvall also had a key highlight, nearly scoring an ace for his team. DZ did manage to prevent him from doing so and took round four.

As for DZ’s moments, Alexander “Skys” Magor stole a round from under SSG. In the final milliseconds of the round, Skys found Bosco hiding in the reception. This was arguably a throw from SSG, but DZ made the right call pushing it in the hopes for a round win.

Luminosity is back in business

When Oliver “Slashug” Spencer left Luminosity for Team Reciprocity, it seemed unlikely that LG would remain competitive. But here we stand proven wrong. Not only did LG beat Evil Geniuses, but they did so convincingly.

Like with the Reciprocity vs TSM match, this too was one-sided. Luminosity had a similar story with four of their players earning a one rating or more. Most specifically, Richie “Rexen” Coronado had a fantastic game in the fragging department. Furthermore, Abdullah “Factor” Rihan had his moments of excellence.

The biggest concern here is that Evil Geniuses didn’t abuse the defense sided meta that exists right now. It was only in the final defense round on their half they brought the Wamai out to play. Furthermore, EG also brought out castle and had barbed wire enter the field. In theory, this defense was the ultimate momentum stopper from LG’s dominant attacking side. However, it failed to slow LG down. Fresh has a big list of what EG’s strategy involved, and by god, it’s obscene.

In terms of big storylines, Playday 11 doesn’t necessarily mean much for North America. Although, it could set the ball rolling for other talking points in the playdays to come.

For this reason, the game to watch is TSM vs Tempo Storm. Why, you ask? Well, here is why. Tempo Storm’s rising tide is not to be ignored this half of the season. They brought SSG to the very edge last week; furthermore, they took down eUnited convincingly. Tempo Storm is clearly on the rise right now. With TSM heading into playday 11 after their first loss of the season, perhaps their confidence may have dropped. This is prime territory for Tempo Storm to further their strengths, and it comes at an ideal time.