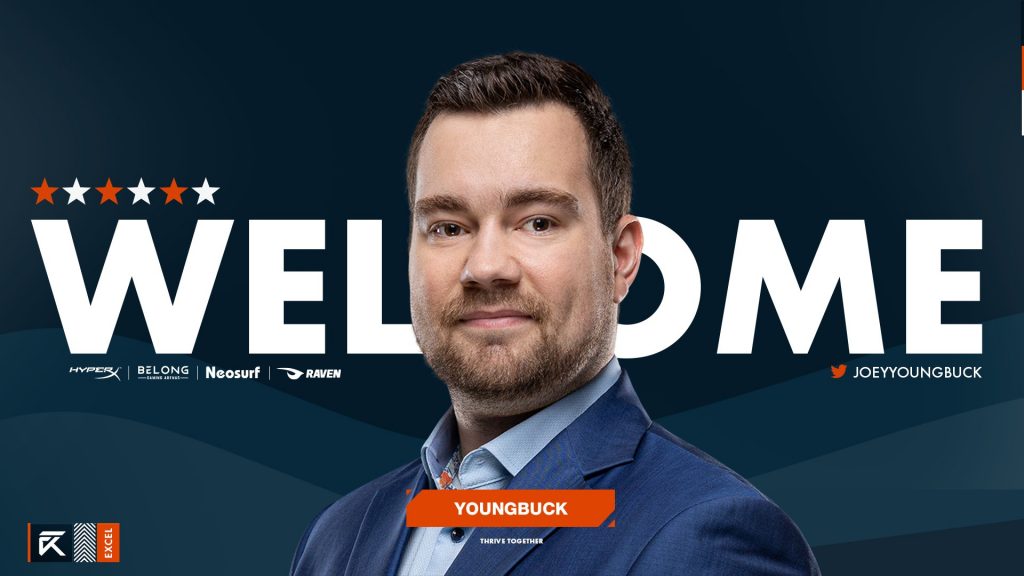 Youngbuck has a tall task in front of him, fixing an Excel team that has been one of the worst in the LEC (Photo via Excel)

Just two days after stepping down from Fnatic, head coach Joey “Youngbuck” Steltenpool has been picked up by Excel Esports.

When the Six Star General arrived at Fnatic, he already had four European League of Legends Championship Series titles with G2 Esports. In 2018, he helped lead Fnatic to two consecutive EU LCS championships. At the World Championship that year, Fnatic became the first western team to make it to the Grand Finals since season one. While they did lose to Invictus Gaming, Youngbuck and Fnatic still set a new milestone for what European teams can accomplish.

Despite losing their star midlaner Rasmus “Caps” Borregaard Winther afterward, Youngbuck still led the team well in 2019. A third-place finish in Spring and second in Summer had them in position for another Worlds appearance. Fnatic did manage to escape their group but fell in the quarterfinals to the eventual champions in FunPlus Phoenix.

Excel, on the other hand, has had the opposite of success. Excel were one of the teams that bought a franchise slot in the new League of Legends European Championship, or LEC. In their two Splits, Excel have placed second-to-last in Spring and last in Summer. They have an LEC record of 9-27, tied with Rogue for the worst record.

While Rogue did manage a playoff appearance in Summer, Excel have no such accomplishment. By reaching for a coach with as many achievements as Youngbuck, Excel are making a statement: they want to start winning sooner rather than later. Whether or not Youngbuck can turn this melting pot of a lineup into a true contender is going to be an interesting storyline in the LEC next year.