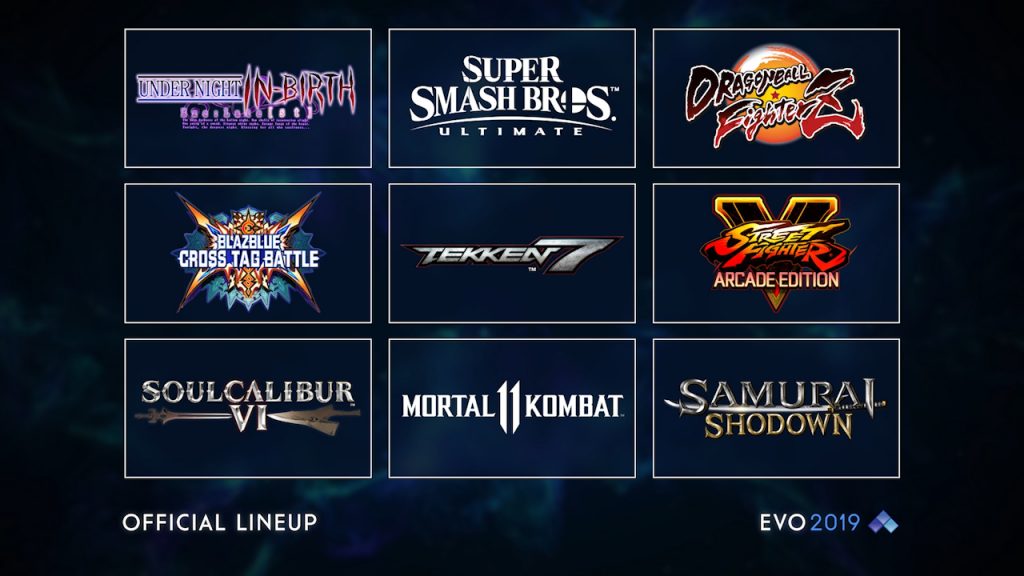 Evo 2019 has officially unveiled the lineup of titles that will see the best fighting game competitors on the world do battle for supremacy.

Evo 2019 has officially unveiled the lineup of titles that will see the best fighting game competitors on the world do battle for supremacy. Many of the games are to be expected with new iterations of popular fighting game franchises set to be released this year or long-standing pillars of the event taking center stage. There are also some interesting omissions.

All good things must come to an end. Melee had appeared in every Evo since 2013 but has been left off the schedule for 2019. The Super Smash Bros. series will be represented by the newest iteration Super Smash Bros. Ultimate, which will be making its Evo debut.

Many of the best Smash players in the world have already migrated to Ultimate since its release. And yes, the odds of Hungrybox winning any Melee tournament with Jigglypuff and inciting rage on Reddit is high. But Evo 2019 will mark the first Evo since 2014 to feature just one Smash game. Feels bad man.

The final day of Evo was always looked at as the main attraction to the main event. However, it has been noticeably running long over the past several years. So, for 2019, tournament organizers have decided that Evo Sunday will consist of four games rather than five.

The four games set for Evo Sunday are some of the biggest of the event – Super Smash Bros. Ultimate, Street Fighter V: Arcade Edition, Tekken 7 and BlazBlue: Cross Tag Battle. Notable in its absence on Evo Sunday is Dragon Ball FighterZ. DFZ was arguably the highlight of Evo 2019, breaking the event’s record for concurrent viewers.