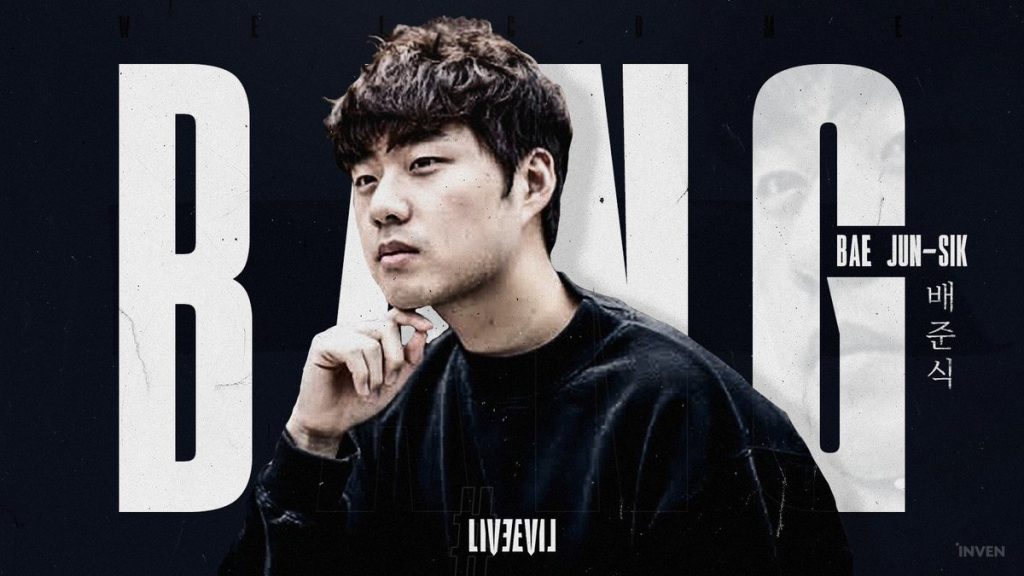 Bae “Bang” Jun-sik has been officially acquired by Evil Geniuses for their League of Legends Championship Series lineup.

Our newest acquisition is no stranger to Worlds domination.

Welcome to the team, @Bang. We see more championships in your future. pic.twitter.com/TiPlaJsqav

Evil Geniuses acquired the legendary AD carry from 100 Thieves in a phenomenal pick up for the newly renewed franchise who are building a team from scratch.

Bang spent the last season struggling stateside with 100 thieves who finished 10th in spring and 8th in Summer. Bang rose to fame during his time with SK Telecom T1, where he won two World Championships.

Back in September Evil Geniuses re-entered the LCS by purchasing a slot previously owned by Echo Fox, reportedly for 33 million, which marked their return from their 2014 departure. Since their return Evil Geniuses have not wasted any time in securing a competitive lineup, with the acquisition of Bang being the second major trade they have made in the 2019 roster shuffle.

Earlier this month Evil Geniuses agreed to a trade with Cloud9 that brought jungler Dennis “Svenskeren” Johnsen and support Tristan “Zeyzal” Stidam to the organization. The deal also brought top laner Colin “Kumo” Zhao and AD carry Matthew “Deftly” Chen to Evil Geniuses, but neither are guaranteed starting slots in the LCS.

Svenskeren had his best performance as a pro during the last season, and he and Zezyal are a solid foundation for a competitive team that Bang definitely compliments. The synergy and chemistry already established between Svenskeren and Zezyal will allow the team to bypass growing pains a completely new team would likely experience.

The team is still evaluating their options for the top and mid lane spots and could potentially have one more import slot if Svenskeren declares himself as a North American resident.

With three of five starting slots filled with incredible players, Evil Geniuses are on their way to being top contenders in 2020.

For daily updates on all the League of Legends Roster Shuffle happenings, check out Hotspawn’s offseason tracker.