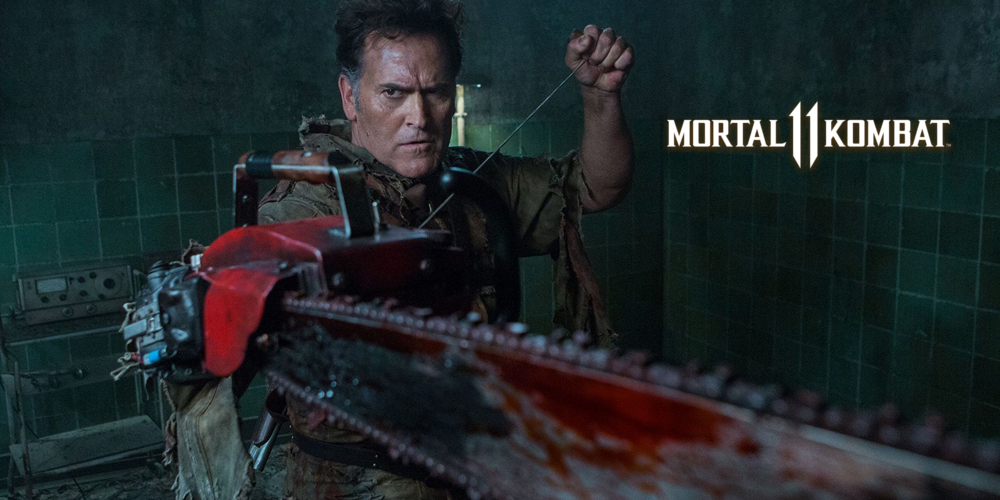 Well it looks like WB’s marketing team may have messed up an upcoming DLC reveal for Mortal Kombat 11. Ash, the hero of the Evil Dead franchise, has long been rumored to be coming to the game, and an email promoting the season pass for Mortal Kombat seems to have leaked that this is indeed true. 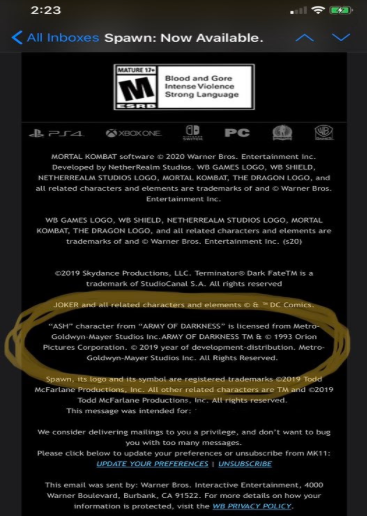 The footer shown above clearly shows trademark information for Ash, something that’s done for every third party character in the game, including Joker and Terminator.

Bruce Campbell’s character Ash came back to cultural relevance as he was revived as a television character on Ash vs Evil Dead on Starz. The show was cancelled in April 2018 as a result of poor ratings, and has been rumored as a DLC character as far back as Mortal Kombat 10. These rumors have not stopped since MK11’s release.

Originally, many people expected that he would be a part of Kombat Pack 1 for MK11, as it appeared that his silhouette was in the original teaser. This turned out to be Joker instead, leading many to speculate that he was switched out last minute for an unknown reason.

There’s been no word on his moveset just yet, but one would expect plenty of chainsaws, shotguns, and other brutal weaponry from the Evil Dead franchise. This would feel right at home in the savage brutality of Mortal Kombat.

Third party characters have become something of a tradition for Netherealm Studios. Some of their most famous guest characters include Spawn, the Teenage Mutant Ninja Turtles, the Terminator, Freddy, Jason, and many more.

Mortal Kombat 11’s second season of DLC has yet to be announced, as the first season capped off with the release of Spawn on March 8th.