Everything You Need to Know About Apex Legends Season 1 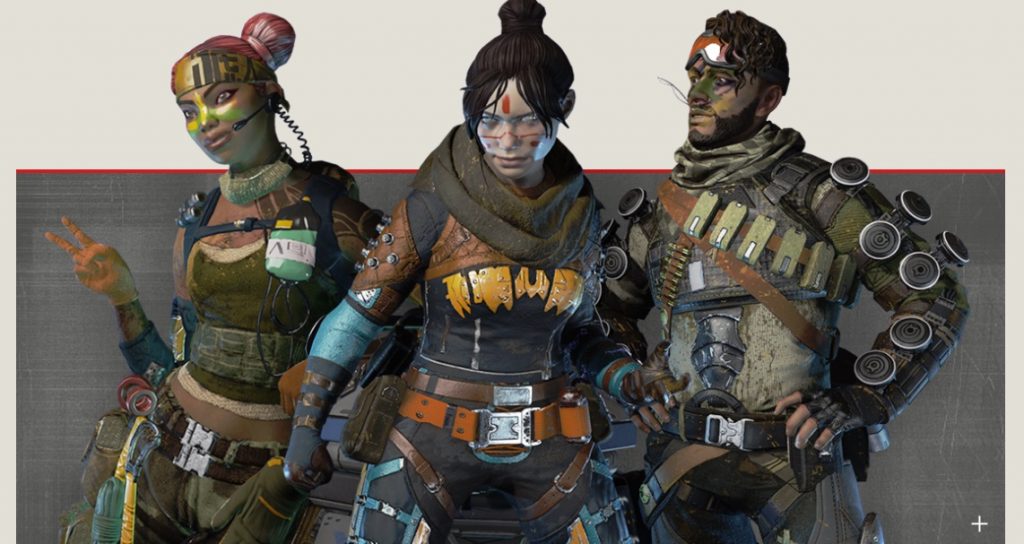 The first season of Apex Legends has been named “Wild Frontier” and will be available on Tuesday, March 19 at 10 am PST, 1 pm EST, and 6 pm GMT.

Rewards for the first six levels of the Apex Legends Season 1 Battle Pass.

Like Fortnite’s Battle Pass, the Apex Legends Battle Pass will have 100 levels and will have exclusive rewards for each level. Each level will offer either a weapon skin, Legend skin, banner, tracker, coins, in-game experience, or Apex Coins.

One of our favorite features that Respawn’s including in the Battle Pass is players who purchase and complete all 100 levels of the Season 1 Battle Pass will be able to unlock Season 2 for free, essentially. Season 1 of Apex Legends will offer a total of 1,100 Apex Coins, enough to purchase the Season 2 Battle Pass with room for players to spend some extra coin on skins or other unlockables.

Apex Legends players have begun to grow tired of the standard eight characters. Only two of them had to be unlocked, using either Legend Tokens or Apex Coins. There have been leaks of pictures of another Legend roaming around the internet for the past couple of weeks, showing a shirtless Legend donning chest armor. Some fans thought Respawn accidentally shared an image from Borderlands, as the alleged Legend looks similar to a character from that franchise.

Today, Respawn confirmed that a new Legend will enter Apex: the rumored “Octane.” Not much is known about the character or his backstory, however, the promotional images of the Legend show him having robotic legs.

“After blowing his legs off in a record-breaking gauntlet speed-run, Octavio “Octane” Silva is diving into the Apex Games with metal legs and even bigger ambitions. He’s searching for the ultimate adrenaline rush by using his death-defying moves to become an Apex Champion.

His Adrenaline Junkie ability lets him trade health for speed, and an endless supply of Stim health regeneration means he’s always ready for action. His Launch Pad Ultimate Ability lets his squad fly through the air with the greatest of ease. Jump into Apex Legends and play Octane today!”

According to @childz_pl4y, he was able to find all of Octane’s in-game abilities, which include:

What is changing with Apex Legends Season 1?

There have been numerous reports that the hitboxes for Caustic, Pathfinder and Gibraltar were larger than those for other Legends. Respawn has some major balancing changes headed in-game on March 19. Those include the following as per the patch notes:

Apex Legends Season 1 will be available on March 19 for 950 Apex Coins or about $10 USD. Respawn has announced a bunch of additions coming to Apex Legends with the new Battle Pass. What are you most excited to earn during Season 1 of Apex Legends?