Everything We Know About Leagues’ New Champion, Lillia 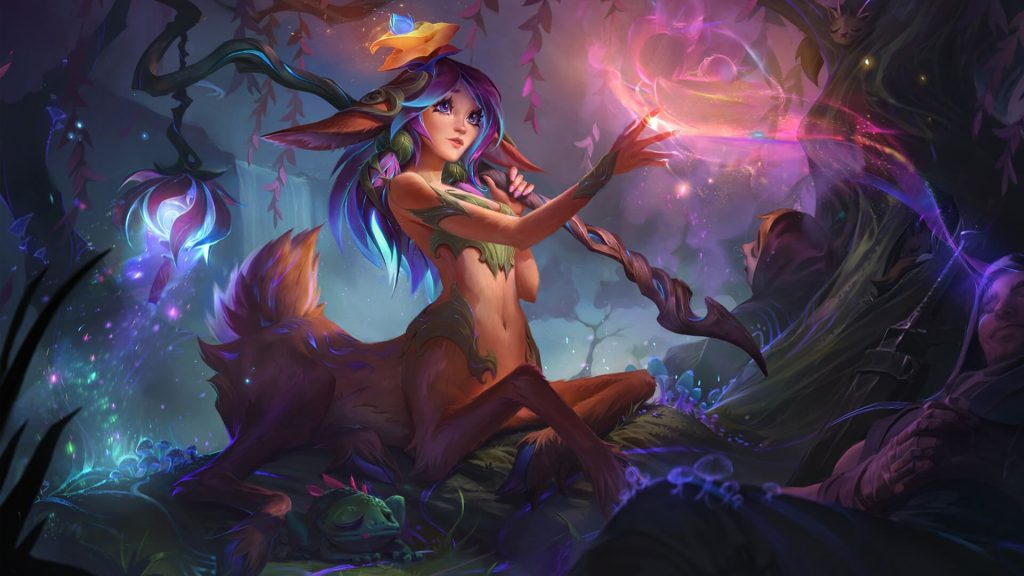 Lillia is the latest champion joining the rift. Image via Riot Games

Riot Game has posted the first look at League of Legends’ newest Champion, Lillia. Lillia is a fawn and appears to be an AP jungler that will officially join the game in patch 10.15.

With the arrival of the Spirit Blossom Festival, a magical fawn musters the courage to venture out and uncover the mystery behind her ailing forest. pic.twitter.com/XZBHD9uVir

Lillia shares the same homeworld that Neeko and Ivern originate from. She feeds off dreams that her mother (which is a tree) provides. These dreams are what allows her to see what exists beyond her worlds. That was until one day; the dreams stopped coming. So, she now leaves the world to go and harvest dreams from people she puts to sleep.

She swings her branch and deals magic damage to nearby enemies and true damage at the outer edges. If the ability hits successfully, she gains bonus movement speed.

Her ultimate adds an extra effect to her Dream Dust passive. Enemies affected by the passive will be slowed until they fall asleep for a duration of time.  When they awaken from damage, they take additional magic damage.

Lillia is a magic damage jungler designed to gank lanes with damage and gap closing in mind. However, she does seem to have a skill ceiling around her Swirlseed. This ability will define how well a player can set up a gank if no other CC option is available.

Teamplay wise, she will no doubt synergise well with tanks and bruisers that can help cc enemies for the lane ganking and later game team fights. This will be beneficial for her early game damage kit and setting up her passive for an effective CC ultimate.

Her purpose in the draft seems to be an early burst lane ganker. She then transitions into an AP tank shredder as the game progresses due to her ultimate, Lilting Lullaby.

When it comes to her build path, Liandry’s Torment and Runic Echoes are the two must-have items in this build. An added Zhonya’s Hourglass wouldn’t be a bad shout to help keep her alive during the ultimate setup. Lillia’s gameplay design is all about setting up for that huge damage increase with her ultimate. Not to mention a Liandry’s damage increase will naturally flatter her maximum health ticking passive, and the moments after her sleep expires.

Overall, it not clear how balanced Lillia is. There are no real gameplay numbers out until she hits the PBE. But she is a welcome addition to the game after the likes of Graves, Lee Sin and Trundle are dominating the jungle game at the moment. We should expect her to join the PBE over the coming days.