Everything We Know About Hoodwink 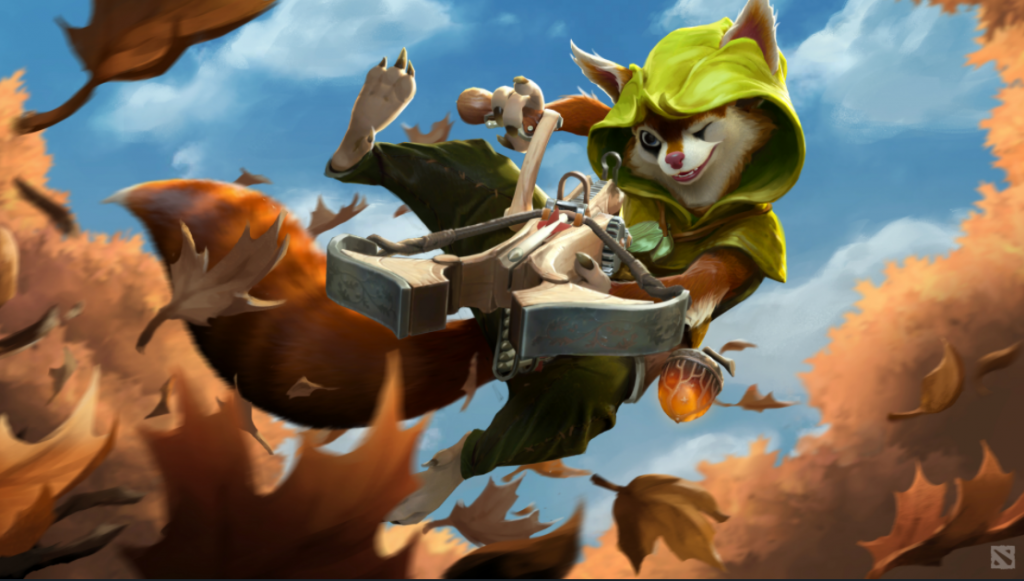 We’ve known for a month that Dota 2 was due a new hero, but with the latest patch dropping, all has been revealed. Dota 2’s new hero is Hoodwink, a crossbow wielding forest creature from the depths of the Wood Tomo’kan.

You mean you got hoodwinked? https://t.co/6szorfowlK

After much teasing, taunting and “hoodwinking” on patch day from Valve spokesman Wykrhm Reddy, keen eyed observers noticed that a new hero had appeared on the official Dota 2 website. Listed as Hoodwink, Dota 2’s new furry hero had landed. With the website in some kind of shambles, with parts of it updated and others not, the only way initially to access the details of the new hero and her abilities was by changing your language to Spanish, and going from there.

Regardless, Hoodwink is described as a Ranged, Nuker, Escape, Disabler, and has a plethora of abilities to back that up. 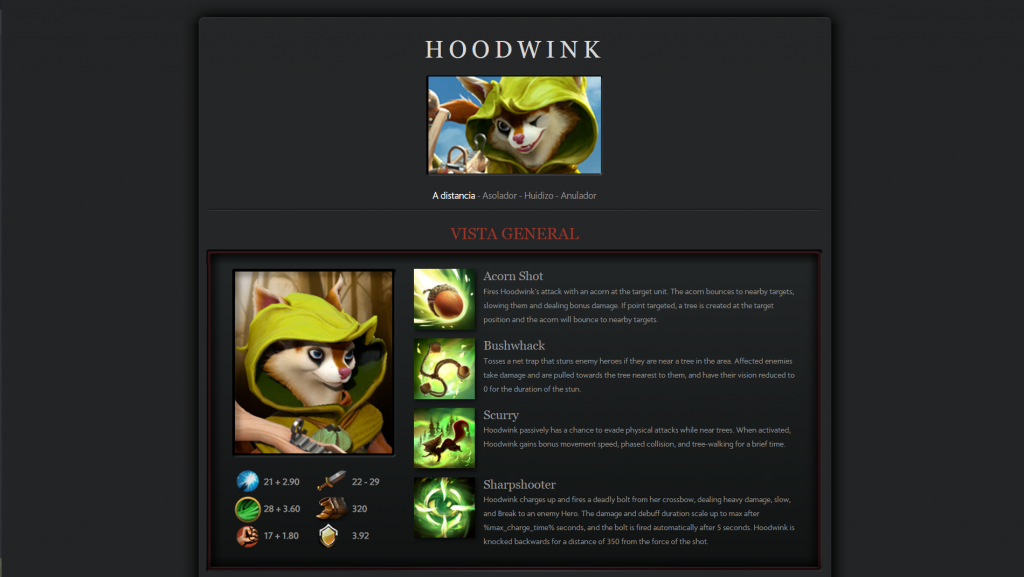 Hoodwink has a respectable 575 range, putting her just short of of other ranged attackers such as Windranger, but above the base stats of a Rubick or Lich.

The mistwood protector’s most basic attack is throwing a single acorn at her opponents. A bouncing projectile, this Acorn can also be used to grow trees, making it a useful tool for denying and escape.

Hoodwink’s W is a net trap that stuns opponents if they are near a tree. Usable combo with Acorn Shot, enemies take damage and are pulled towards the tree closest to them, blinding them until they are unstunned. This ability seems like a great crowd control ability at any point in the game, and with it’s scaling duration, will be just as useful in lane as late game initiations.

Scurry is a passive ability that gives Hoodwink a chance to evade physical attacks while near trees. The ability can be activated to give Hoodwink bonus movement speed, phased collision, and tree walking for four seconds. This means she’s basically impossible to chase down through trees, and nightmare to deal with.

Hoodwink’s final ability is sharpshooter, a large skill shot projectile that can be charged for more damage. The ability also applies a slow and Break on hit opponent’s, with the slow and debuff duration also scaling with the charge time. Regardless of the charge time, Hoodwink is knocked back by the shot.

Where will people play Hoodwink?

With a highly mobile style and lots of ranged abilities, Hoodwinked has series potential to be a dangerous Mid or Offlaner. The mix of high mobility, along with large amounts of utility will make her a nightmare for her offlane opponents, who will struggle to pin down the elusive carry. Similarly, in mid, Hoodwink’s ability to escape from ganks and lock down opponents could make her a deadly foe.

However a lack of raw damage numbers on her abilities means she may not be a choice for one position. The sheer amount of utility on each spell means that allowing her damage numbers to be too high would be unviable, so expect Valve to tweak this hero to be more utility-focused if she ever starts seeing solid carry play time.

Overall, the elusive nature and utility means we’re probably going to see Hoodwinked played in every position – even support if you’re unlucky enough in your pugs.

Hoodwink will be an incredibly frustrating furball to play against. Her harass and CC combos will make laning difficult, and chasing her down is near impossible. Chasing a hero into the tree line is already a dicey business, but there’s little to no chance you’ll catch a good Hoodwink once they’ve made it to the bushes.

Like Windranger, who can have late game utility with her crowd control potential, Hoodwink will be able to catch and start the process of nuking down any unfortunate to get caught by her. Her Sharpshooter ability is the perfect way to finish off or start a fight, or if you’re feeling fancy, an Acorn Shot, Bushwhack combo is also an option.

The hero’s weakness will likely come from failed engagements. Once Hoodwink has expended her Acorn Shot, Bushwack and possible Sharpshooter, she’s incredibly vulnerable. Scurry alone won’t be enough to escape a dedicated pursuit.

If you’re look for competitive Hoodwink play, you probably won’t have to wait long, with both the BTS Pro Series Season 4: Europe/CIS and OGA Dota PIT Season 4: Europe/CIS ongoing. The patch dropped in the middle of these events, although with a host of other changes on the way as well, taking a risk on a new hero might not be top of these player’s lists.

Full details on Hoodwink can be found on her official hero page.