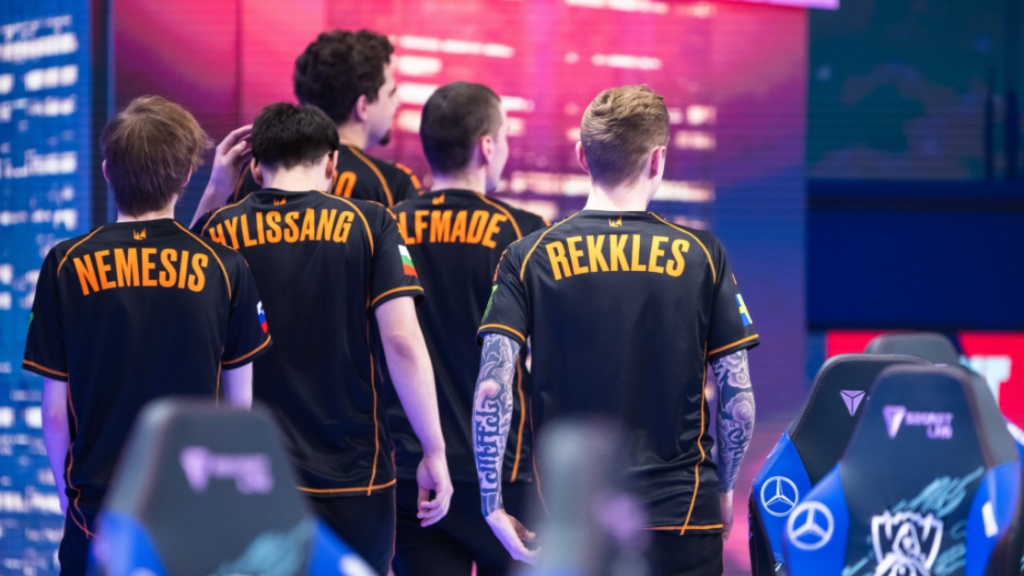 It was a quiet year for LEC teams at Worlds 2020. (Photo courtesy Riot Games)

The dust has settled after the Worlds grand finals of the League of Legends concluded on Saturday, October 31st. Damwon Gaming, the first seed of the LCK, reigns supreme after a nothing but dominant run through the tournament. Now that all is said and done, it’s a perfect moment to go over the major regions and how their teams performed at the international stage. We’re kicking things off with Europe’s LEC, the runner-up at the two previous World Championships. 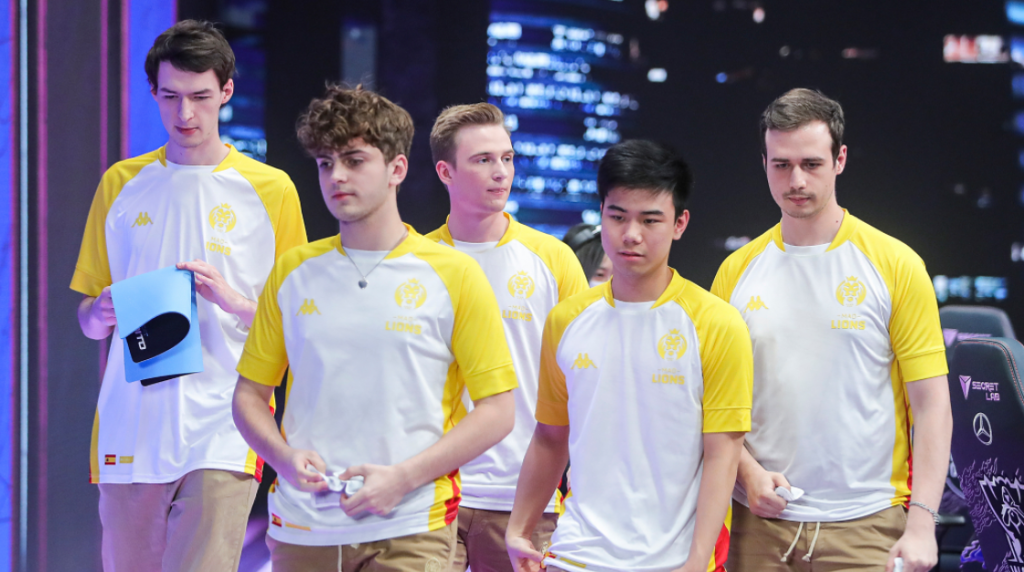 MAD Lions were destined to make it out of the Play-In Stage. Though the end of their Summer Split looked shaky, the squad of rookies (and sophomore mid laner Humanoid) still counted as one of the most talented Europe had seen in years. For weeks they sat atop the standings in the LEC Summer Split. But the Play-In Stage did not go according to plan at all. MAD Lions kicked off the tournament with a strenuous victory over CBLoL’s INTZ. Then it was all downhill. It wasn’t until the tiebreaker match for last place in the group that the team would pick up a win again, against the very same INTZ. In the subsequent best-of-five against TCL’s Papara SuperMassive MAD Lions came close to playing for a Group Stage ticket, but it went to the Turks with a 3-2 score.

Fourth out of five, an early elimination in the Play-In Stage… MAD Lions’ performance at Worlds was unquestionably below expectations and straight up disappointing. Whereas they had played as if they were dancing across Summoner’s Rift before, they played stiffly at Worlds, seemingly uncomfortable with the meta and plagued by individual mistakes. As (now former) Head Coach Peter Dun has said multiple times when asked about the team’s performance, there were multiple factors affecting the players. The team’s Performance Manager was unable to travel to China and coach the players. MAD Lions picked a rough scrim schedule, overwhelming them with the strength of top tier teams.

But most of all, and this is something the team can actually get confidence from going forward in their career: the team was inexperienced. Prior to Worlds three of MAD Lion’s players had played only 14 on-stage matches (the first seven weeks of the LEC Spring Split, before the LEC’s COVID-19 measures) and Orome had played just 15 (one more random match as substitude). Even when there is no crowd, playing on a stage is a completely different experience from playing in a team office. It was a hard lesson for the MAD Lions players, but a good one all the same. This year they’ve shown their raw talent, and in the coming years they have plenty of opportunity to polish it. 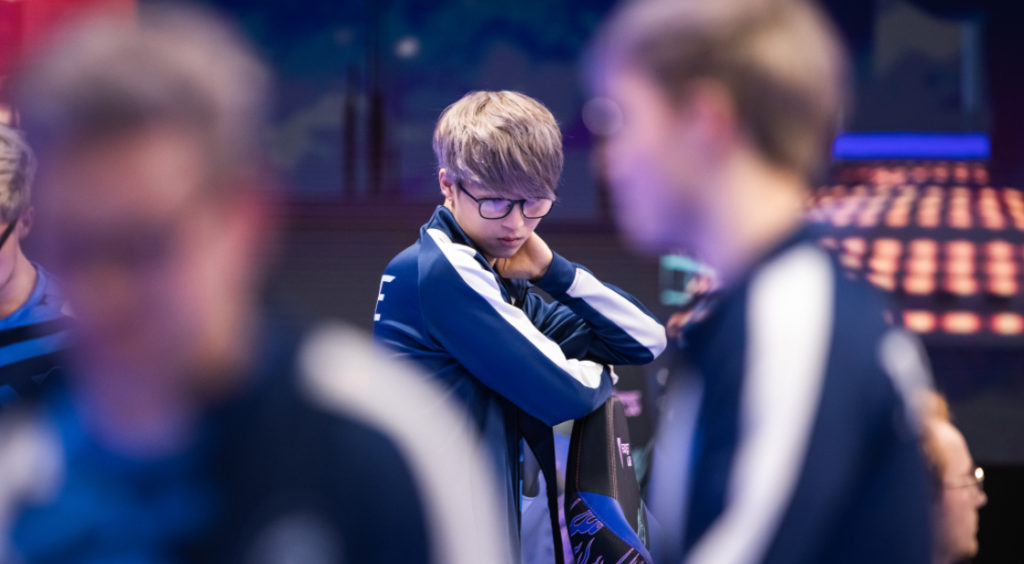 The hill to climb for Rogue was steep. Seeded in Group B of the Group Stage as third seed of the LEC, they were up against two juggernauts in Damwon Gaming and JD Gaming. However slim the chances were for Rogue, there were some still. The team finished first in the LEC’s Summer Split regular season which, much like the Group Stage at Worlds, uses a best-of-one format. A sliver of hope lingered when Rogue defeated PSG Talon in their first match, but was wiped away almost entirely when the team then lost convincingly against Damwon Gaming and JD Gaming. On the decisive match day, after another loss eliminated the team from Knockout Stage contention, Rogue crumbled completely. They even lost the rematch against PSG Talon, and ended fourth in the group.

In an interview at the end of the tournament, Rogue’s top laner Finn told us: “I think, immediately after the first game today, the morale went down a lot. Some people were trying to keep it up, but after realizing we were out of the tournament, I think it was hard for some people to keep full focus and try to win during the last two games. It just felt pointless to play them.” Individual performances were decent for Rogue overall. Their bot lane duo of Hans sama and Vander stood out, while Finn, whom many had predicted to get ‘hard-gapped’, received praise for how well he held his own. Jungler Inspired and mid laner Larssen did not shine as brightly as they did in the LEC, but it is too far-fetched to say they were the reason Rogue lost. No, as a team, Rogue just made too many mistakes for the bloodthirsty opponents to leave unpunished.

Rogue managed to get all of its team in sync ahead of the Summer Split, confident in their abilities and confident in each other. They were determined. At Worlds, the team played without that determination. Rogue’s mental fortitude was tested like never before, and the structure failed the crisis test. It’s no shame by any means to feel your energy drain away when you’ve just lost the chance to stay in the race for the most important title of your life. But contrast it to teams like FlyQuest and PSG Talon who, after being eliminated, still surged to take victories against top contenders. In terms of mental fortitude, there is a lot of growing to be done for the team. Worlds was a loud wake-up call for the Rogue lineup that it has ways to go before it’ll be a serious international contender. However, the best lessons are learned through pain.

The surprise of Fnatic 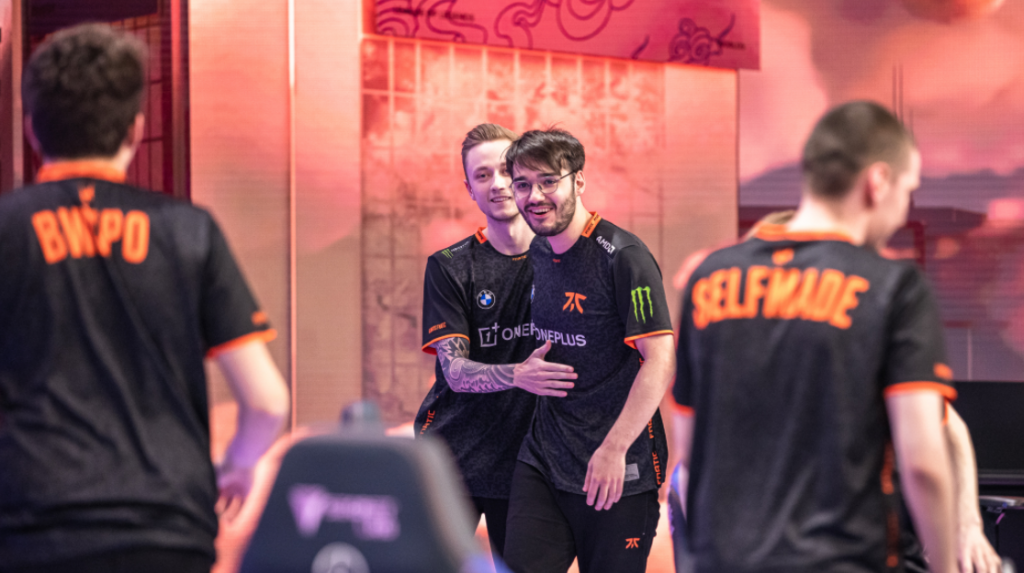 It took a small miracle for Fnatic to even make it to Worlds 2020. The team had reached an all-time low in the middle of the Summer Split, struggling to find a gameplay identity and with tension within the team increasing as a result of lackluster competitive results. Yet, as Fnatic always seems to do, they recovered right when they needed to. In Group C, the group where “everybody had a chance of making it”, as was often heard, Fnatic broke their curse. Usually the team underpeforms in the first week of play and then pulls it back in the second week. But this time, Fnatic was consistent throughout. Not mind-blowingly stellar, but the team had found its groove.

In the Quarter Finals, Fnatic took a strong lead against tournament favorite Top Esports. 2-0 up, it looked like the team would defy expectations and make it to the Semi Finals. However, when Top Esports got just one victory back, Fnatic seemed to fall apart. The team that had just taken a strong lead was less visible with each game minute that Top Esports gained more ground. Bot laner Rekkles would go on to say, in a press conference following the series, that he doubts anyone would remember their performance. And yet, Fnatic took part in what was the most tense series in all of Worlds.

Whether or not Fnatic lived up to expectations depends on whom you’ll ask. If you’re asking someone who compares it to the team’s Summer Split rollercoaster, they’ll probably say Fnatic exceeded expectations. Here is a team that almost fell apart just months earlier, now in sync for most of Worlds and playing solidly. That said, the feeling that more could have been achieved can’t be shed when they were just one game away from reaching the next stage. All in all, a lot of praise goes to the bot lane duo of Rekkles and Hylissang, who easily rank among the best-performing bot lane duo this Worlds. Jungler Selfmade also proved his worth clearly. As a group, Fnatic upholds the image they’ve had for a long time: it’s a roster of five incredibly gifted players who are on the same side of the Rift. The next step for them is to become a true team. 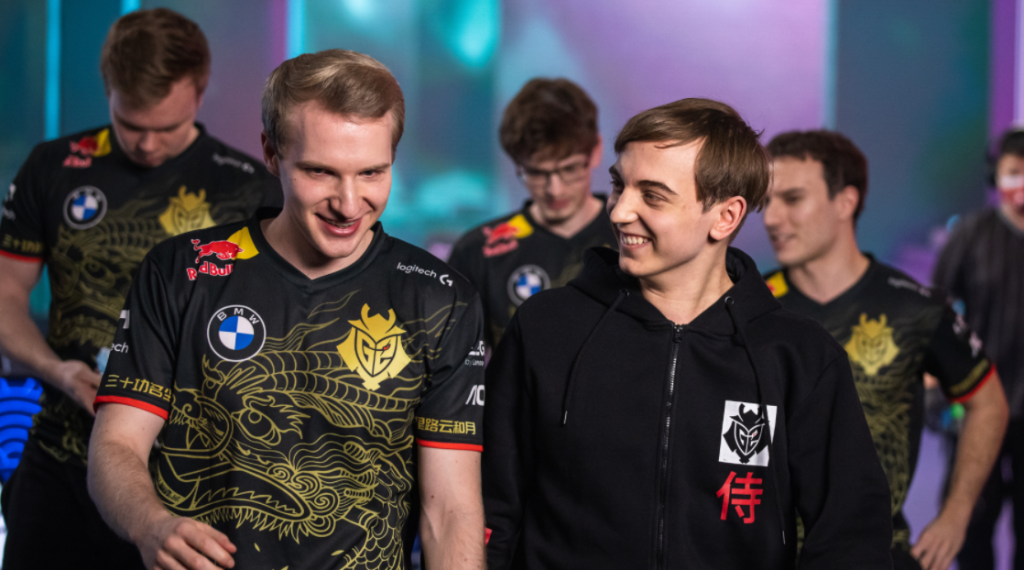 As per usual, G2 needed some time to warm up to get going. (Photo courtesy Riot Games.)

Unlike in 2019, G2 Esports was by no means a favorite heading into the World ed Championship. After experimenting with Caps as bot laner and Perkz back as mid laner in the Spring Split, the team swapped back for the Summer Split. Similar to Fnatic, G2 struggled during the first half of the Summer Split, but also recovered in time to come back strongly. Still, they were not at all on the level people had hoped G2 would be. In Group A at Worlds, the team showed how much difficulty it had with the meta. Jungler Jankos was fine playing the carry jungler style, but G2 as a team struggled to play around it. They were punished twice by Suning and once by Team Liquid for it, but slowly started to get the hang of it.

Thankfully for G2, they met an incredibly predictable opponent in Gen.G in the Quarter Finals. Whereas the early game was a struggle in the Group Stage, G2 now easily won it and snowballed the rest of the game from there to take a 3-0 victory. It was Damwon Gaming, however, that exposed just how imperfect G2’s play still was—as Damwon had done and would continue to do to all their opponents. G2’s single game win was an immense struggle, and Damwon struck back relentlessly. In the fastest game ever recorded at a World Championship, the champions of Europe were sent home.

Through their own experimentation and a few outside factors, G2 was faced with far more hurdles than they were in 2019, stalling their ramp-up. Instead of developing into the meta leaders they were last year, they had to learn what others were playing and adapt to it. There was little to no room for them to wiggle, which greatly impaired the squad when met with the raw power of Damwon Gaming. Still, a third/fourth place finish at Worlds is nothing to be scoffed at. Even a weak G2 still stands as the strongest the LEC has to offer.

The performance of the LEC teams at this year’s League of Legends World Championship left much to be desired overall. Aside from G2’s first best-of-one, Caps’ pop-off against Gen.G, and the first two lively games of Fnatic against Top Esports, there was little for European fans to truly enjoy. Two of the teams underperformed, one team did about as you had expected them to, and one got far but still wasn’t playing up to par. It’s harsh, perhaps, but the LEC teams made a great argument why the region is not the second-best in the world.

Still, there are bright glimmers of hope for the region and it’s not all doom and gloom at all. Locally, new talent has been performing well locally and while their Worlds did not go well in terms of results, the experience is incredibly valuable. Europe waves Worlds goodbye in defeat, but a group of LEC players with a lot of potential and dedication just had their first taste of international success. Their hunger for more is what can, and hopefully will, drive them to push their region to the limit in the coming years.