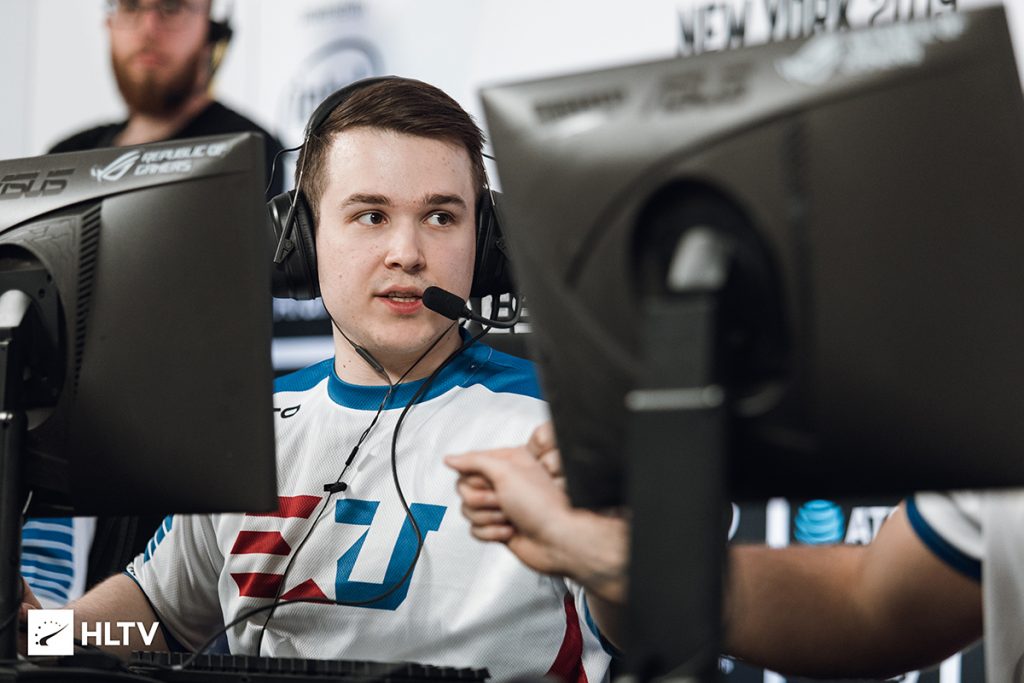 Under vanity, eUnited were able to qualify for ESL Pro League Seasons 9 & 10, and ESL One New York (Photo via HLTV)

Anthony “vanity” Malaspina has announced that he will be officially departing eUnited. The American In-game leader had been with the organization for almost a year.

I want to thank my teammates, the people behind the scenes and organization for everything they’ve done for me.

Grateful for the opportunity and knowledge I gained working with this group.

Update regarding my future soon
👁👁

Under vanity, eUnited were able to qualify for some top tier events such as ESL Pro League Seasons 9 & 10, and ESL One New York. The team also barely missed out on attending DreamHack Malmo, losing the finals to Team Envy. However, with these highs came an equal number of lows. The team earned last place at the DreamHack Open Rio and DreamHack Open Atlanta qualifiers, last place at the StarLadder Berlin Americas Minor, and fell short many times more.

With such levels of inconsistency, vanity was benched after their failure to make top two at the World Electronic Sports Games North America qualifier in November. His replacement, Ryan “freakazoid” Abadir, took over the in-game leader duties for eUnited during ESL Pro League Season 10 and on. A month later, vanity found himself playing for a pick-up game team named Just For Fun in the Intel Extreme Masters XIV North American Open Qualifiers. They even made it further in the tournament than eUnited did.

There are many North American organizations that could use a player like Vanity heading into 2020. Vanity is certainly a promising prospect for teams to look into. Whether its to patch up a weak spot or to build a team around, we could be seeing more news of him in the free agent market soon.