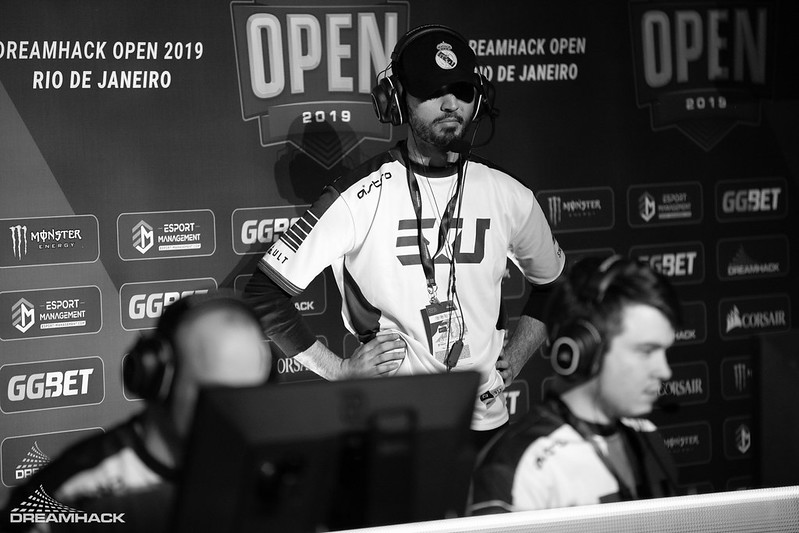 eUnited's core at DreamHack Open Rio last year will no longer be supported by the organization. (Photo courtesy via Alex Maxwell)

Ryan “freakazoid” Abadir has announced on Twitter that his team is no longer signed to eUnited. Instead, Swole Patrol will make a return and will remain as the team name until another organization steps in. EUnited has since taken CS:GO out of their bio on twitter, seemingly confirming the veracity of the tweet.

EUnited has been in CS:GO since 2016, fielding many teams and North American talent. However, eUnited seems to have followed suit with other North American organizations leaving the scene over recent years. It is no secret that they’ve has struggled over the last few weeks. Jordan “Zellsis” Montemurro joined the team several weeks ago as a stand-in for ESEA. Also, they recently lost their ESL Pro League spot because of the Pro League changes announced earlier this year. He then joined eUnited on March 4th, although, he was reported to be without a contract, according to Dust 2.

Now a few days after Zellsis joined eUnited contract-less, it appears we know why. The organization has left the scene, leaving the roster on their own. At the time of freakazoid’s announcement, the team was competing under the name Swole Patrol during the ESL One Rio Americas Minor Closed Qualifier.

The hype return of Swole Patrol was swiftly ended, albeit without Zellsis. Zellsis played for Rugratz before joining the roster last week. With Rugratz already qualifying, Zellsis was unable to play with them during last Saturday’s game against Ze Pug Godz. They lost that series 2-1 and used Maxim “wippie” Shepelev as a stand-in for the match.

Swole Patrol did find some success in the Lower Bracket, taking down Rugratz in the first round of the Lower Bracket. However, they then lost to Orgless, who has recently topped the FLASHPOINT qualifier.

With Swole Patrol out of the Minor Qualifiers, the team is still competing in the ESEA Mountain Dew League, where they are currently 6-2. As for their next big LAN event or other qualifiers, that is yet to be determined.

Hopefully, the Swole Patrol squad can bounce back after this series of unfortunate events.