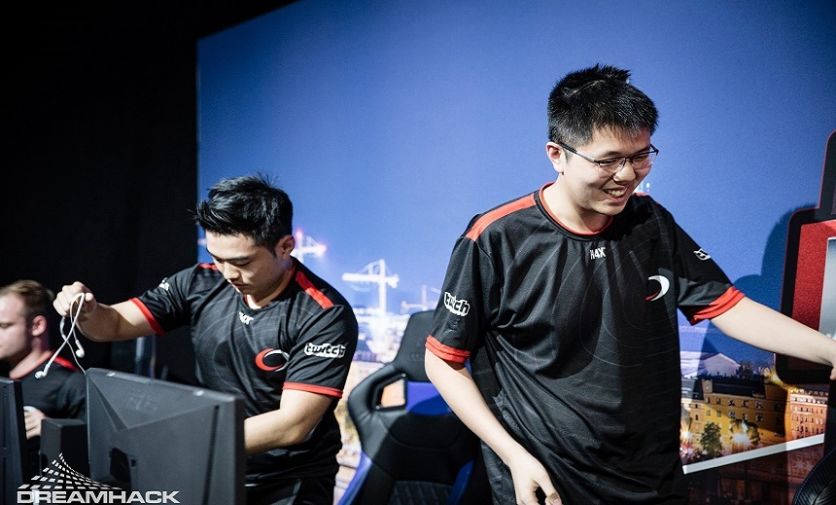 Both Eternel Envy and Sneyking will be leaving Fighting Pandas even after qualifying for the Minor. (Photo courtesy DreamHack)

When the Fighting Pandas announced their roster at the beginning of the DPC season many were skeptical about how long it could last. With several players known for big personalities and the general volatility of North American Dota, it was pleasantly surprising to see them qualify for the first Major of the season and stick together after going out in 9th-12th place. The Pandas did shuffle the positions of their players and looked a bit more comfortable initially in the new configuration.

Today we found out EternalEnvy and Sneyking has chosen to leave Fighting Pandas. We will look for standins for the Kiev Minor, thank you so much for your support. Me, bryle and Aui will be sticking together

It wouldn’t be long, however, before the countdown to doomsday began again. Fighting Pandas failed to qualify for the second Major of the season and bombed out of the Bukovel Minor. The Pandas looked out of sorts and uncoordinated for most of their games in Ukraine and the trend continued into the third Major qualifiers. It became clear that they were a step below both CHAOS and business associates (formerly J.Storm) and several steps behind Evil Geniuses. Luckily for the Pandas, the NA region failed to field any real competition outside of the top four teams. They once again find themselves with a slot at the Minor and a shot to qualify for the Major.

I have left Fighting Pandas

Controversial carry player, EternalEnVy, tweeted just a few minutes before the announcement by MoonMeander. Unsurprisingly, speculation began immediately as to why two players would give up their chance to play at a Minor. Though we couldn’t find the clip, apparently EnVy’s former teammate Aui_2000 confirmed on stream that the two former Pandas had left for another team. Ultimately, it may be some time before we find out where EternalEnVy and Sneyking end up. There is still a full Minor and Major to play before any rosters need to be confirmed. However, it is hard to avoid looking at the newly signed Cloud9 roster that failed to make it out of the South East Asian Open Qualifiers as a potential destination.

The Pandas meanwhile have two slots to fill in just a few short weeks before the Minor. Factoring in the required time to secure a visa, travel and practice the window looks awfully tight. As such, we should expect an announcement of the replacements in short order.