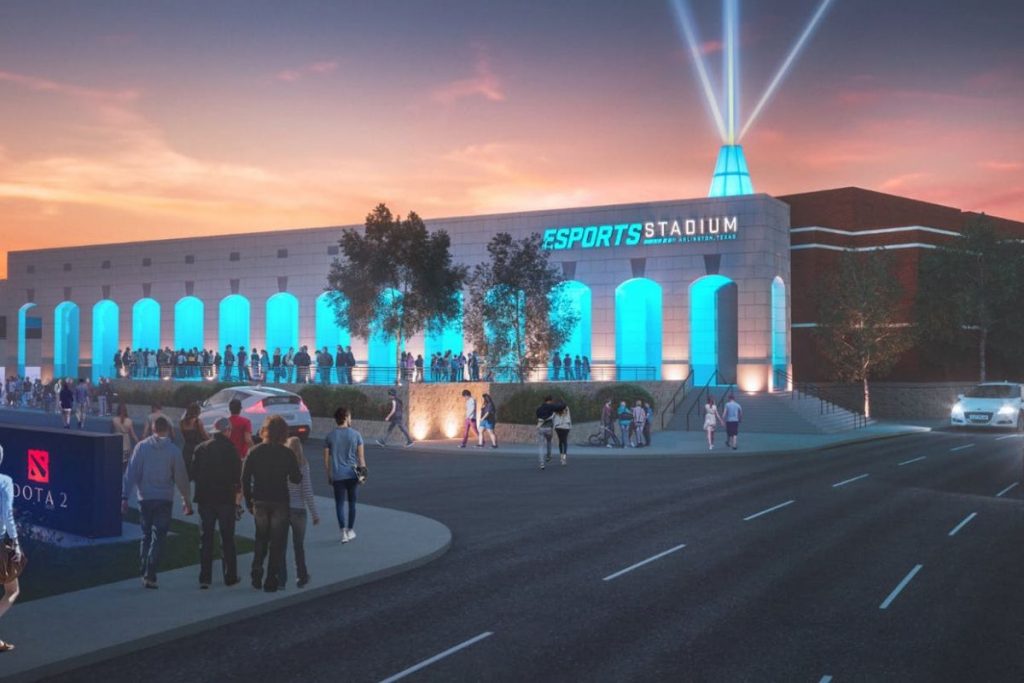 The stadium sits less than a mile from AT&T Stadium, the home of the Dallas Cowboys. While Jerry Jones – the owner of the Cowboys – is involved in esports through his purchase of CompLexity Gaming, he wasn’t directly tied to Esports Stadium Arlington, despite the location.

A big CS:GO event is likely what the stadium was designed to attract. With the OWL, the CWL and the NALCS all moving to franchised based models, only a couple esports exist that are still aiming for third-party event spaces. Dota 2 and CS:GO, the two Valve run leagues, are the largest esports without dedicated homes.

Still, this stadium could find a way to enter the franchise-based leagues as well. The OWL is aiming to play all games in home cities by 2020 and this stadium could end up being the home of the Dallas Fuel. NGAGE, the company behind Esports Stadium Arlington, has also been tasked with designing the stadium for the Houston Outlaws.

Fans will be able to get their first glimpse of the stadium on November 24th and 25th in the ECS’s final event of the season. There will be $250,000 on the line and the event will be attended by all the top CS:GO teams that have qualified. In person, attendees will also be able to play in recreational LANs in the stadiums “ES Play” center.