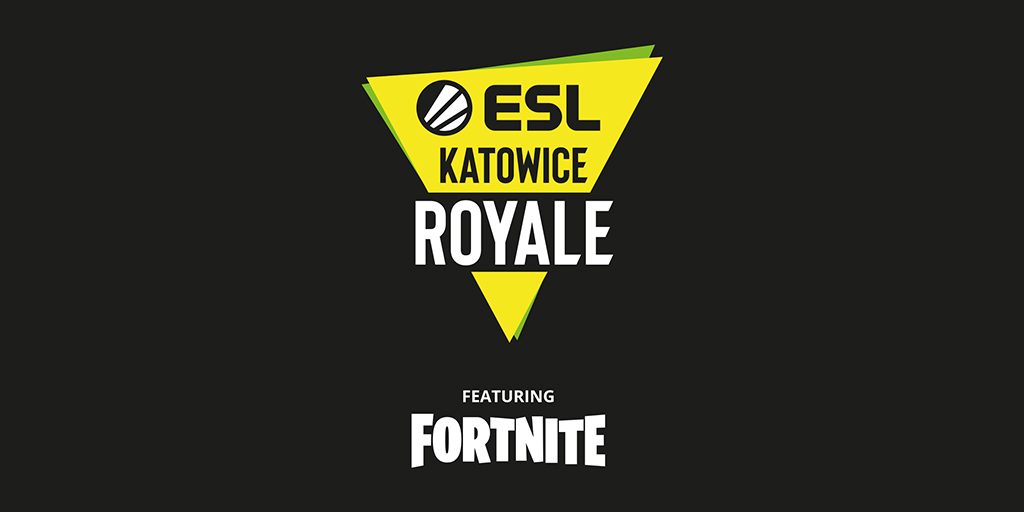 ESL will bring Fortnite to the IEM Katowice in a big way! In a partnership with Epic Games, ESL will run the “ESL Katowice Royale - Featuring Fortnite.”

Announced the morning of January 24: ESL will bring Fortnite to the IEM Katowice Expo 2019 in a big way!

In a partnership with Epic Games, ESL will run the “ESL Katowice Royale – Featuring Fortnite” over two weekends.

First up? The Polish iteration featuring 100 top Polish players and influencers who will compete for US$100,000 USD on February 23-24. The following weekend, March 1-3, will be an opportunity for international competition with 100 influencers and players from the around the world to battle it out for US$500,000.

We have teamed up with @EpicGames to bring the game that took the world by storm to our flagship event. ESL Katowice Royale – Featuring @FortniteGame will take the #IEM Katowice Expo 2019 to unimagined new heights!

Sebastian Weishaar, Chief Product Officer at ESL, said in the press release, “ESL Katowice Royale – Featuring Fornite will be our first international Fortnite competition and we couldn’t be more excited. Fans from all over the world know our Katowice event and bringing Fortnite as one of the world’s largest games to them feels like a great fit!”

Fans attending the IEM Katowice Expo will be able to take part in a massive free-to-play Fortnite area, with the opportunity to win prizes worth more than US$50,000.

According to Twitchmetrics.net, Fortnite is currently the most streamed game and has the highest average viewers this month on Twitch. The popularity of the Battle Royale-style game is undeniable, and Epic Games has pushed hard to establish the game on the competitive landscape. ESL’s inclusion of the event alongside other popular esports underlines the fan following that Fortnite has garnered. Fans will be able to watch all the action via live broadcasts, and more details regarding the event’s format and participating players will be forthcoming.