ESL Set to Host ESL One Germany Online in October 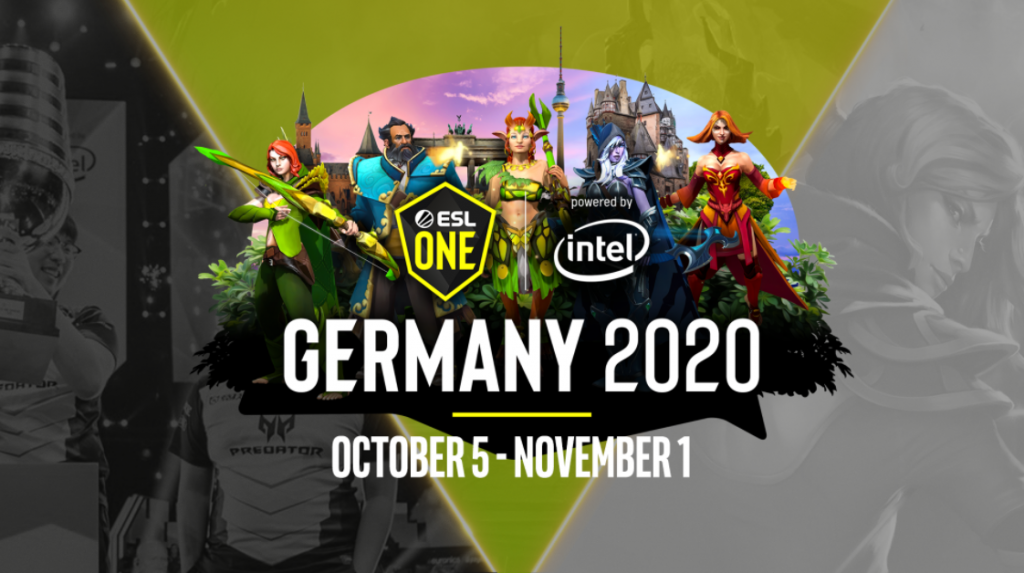 ESL One Germany 2020 will be held entirely online and hosted from what ESL calls a "virtual studio". (Photo courtesy ESL)

Dota truly never stops. Longtime event organizer ESL has announced that they will be hosting ESL One Germany Online starting October 5th, with the tournament itself being held entirely online — just like ESL One Los Angeles, Thailand, and Birmingham.

Join us from October 5th to find out who our champion will be!👑

ESL broke the news via Twitter early on Tuesday, complete with a short teaser trailer showcasing the squads invited thus far. The event will be a 16-team affair featuring top-tier lineups from the Europe and CIS regions such as OG, Team Nigma, Team Liquid, Alliance, and OMEGA League Europe Immortal champions Team Secret.

11 teams have been invited so far, leaving one unconfirmed invite to round out the 12 invitees. The remaining four slots will be determined by online qualifiers, to be held in late September according to ESL. These squads will then battle it out from October 5th to November 1st for their share of the $400,000 prize pool — double that of Birmingham from last May. The eventual champions will take home a total of $150,000 from this pot.

The event itself will be produced from what ESL calls a “virtual studio” in its press release, though they did not specify what exactly this studio entails aside from not being in a physical location. This is of course part of ESL’s transition to a fully-online model, in response to the ongoing global pandemic.

“Despite the challenges that face events across our industry currently, ESL One Germany 2020 Online is still set to be a landmark moment in the esports calendar,” said ESL Senior Vice President Product Ulrich Schulze in the press release. “We are proud and excited to bring together the world’s best teams and to work closely with them to deliver a new and exciting Dota format to our fans.”

Interestingly, the group stage will be played in a Swiss format, as opposed to the usual round robin style preliminaries split into two groups. The change of pace should ideally mix up the pecking order of teams in the participating regions, though given Team Secret’s dominance over the last few months even an uncommon format may not be enough.

Nevertheless, the event should be an entertaining one as we continue to contend with the global situation as it is. Be sure to watch the games when they begin through ESL’s official Dota 2 Twitch channel.