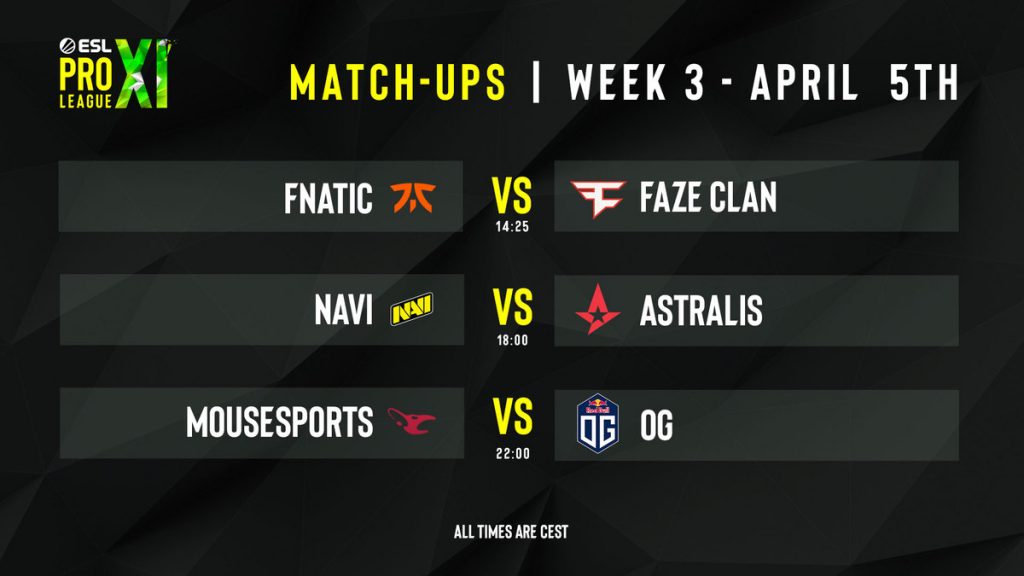 ESL Pro League Season 11 burns hotter than ever as six of the best teams in the world collide. (Photo courtesy ESL)

The first stage of ESL Pro League Season 11 has come to a close. Twelve teams came into the European side of the fully online event and now only six remain. Despite the regional restrictions, Stage 2 features many of the top Counter-Strike: Global Offensive teams worldwide. Four of the top five ranked teams will be battling it out for supremacy, as well as two rising threats.

Astralis are Hungry for Redemption

Astralis come into Stage 2 after topping Group A with a 4-1 record. Aside from their embarrassing day one loss to Ninjas in Pyjamas, Astralis pulled together a relatively clean performance to advance in first seed. There are still some areas of their game that can be exploited by the array of strong opponents present, but Astralis are still a threat to go all the way. After falling by the wayside during their first two events of the year, Pro League could be their road back to the top.

Na’Vi’s Rank One at Risk 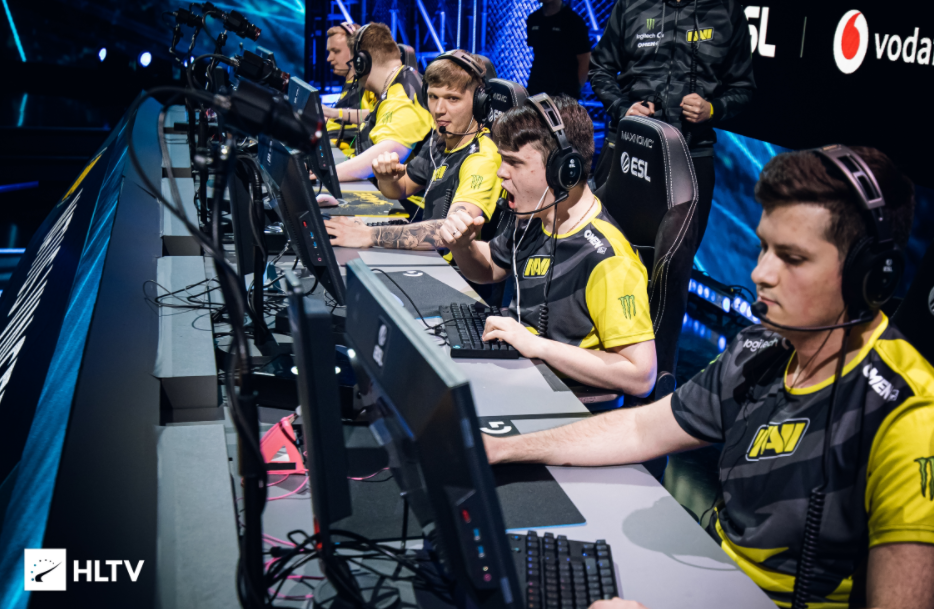 Na’Vi need to keep up this level of play if they want to retain their top rank globally. (Photo courtesy HLTV)

Na’Vi’s journey through Group B was one of the more unexpected storylines of Stage 1. They started out 0-2 with losses to the two worst teams in their group. The CIS squad then pulled together three wins in a row, giving them the necessary tiebreakers to take first seed. Despite looking dazed early, Na’Vi are nearing the form that they were in during their IEM Katowice win. Their oppressive win rates on Train and Mirage make them a map veto nightmare, so proper planning against them will be crucial.

Mousesports Try to Defend their Title

Aside from Astralis, mousesports were the only other 4-1 team during the first stage. The winners of ESL Pro League Season 10 will be looking to win their second title in a row. The competition is just as fierce this time around, and the rapid-fire round robin format means every game could go either way. Mousesports perma-ban Overpass and thrive on the aim heavy maps like Dust2 and Train. If they show up in the server hitting all their shots, mousesports will be hard to stop. 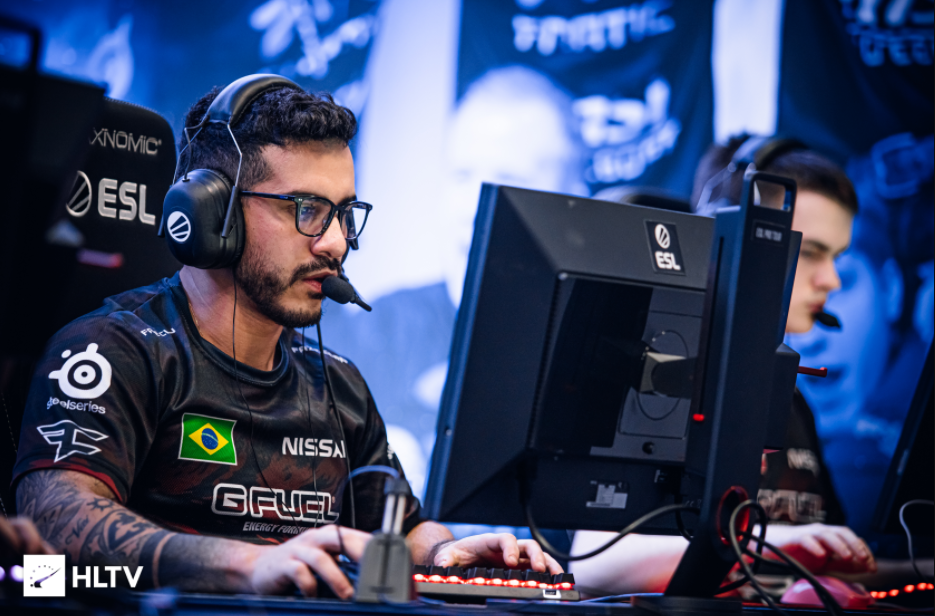 FaZe did exactly what was expected of them during their group stage run. They beat all of the teams ranked below them and lost to G2 and mousesports, both ranked above them. However, FaZe looked competitive even in their losses. They could have had 2-0 victories in both of those matches, but lost one of the first two maps 16-14 each time. FaZe look revitalized in their decider match against forZe; their aimers were firing on all cylinders and their game plans look well put together. Hopefully FaZe can prove that they belong at the top level of CS:GO.

Much like Na’Vi, Fnatic also started out ESL Group B with a loss to BIG. Fast forward to the final day of the group and the two looked incomparable. Na’Vi wiped the floor with Fnatic, taking the first seed with them. In their decider match against NiP, Fnatic dropped the first map by losing 16-2 on Overpass. They did come back to win the next two and advance, but there are very clear worries for the Swedish squad. Fnatic already avoid Nuke and their preferred maps are highly contested. Fnatic will have to show something special if they want to do well.

OG Ahead of Schedule 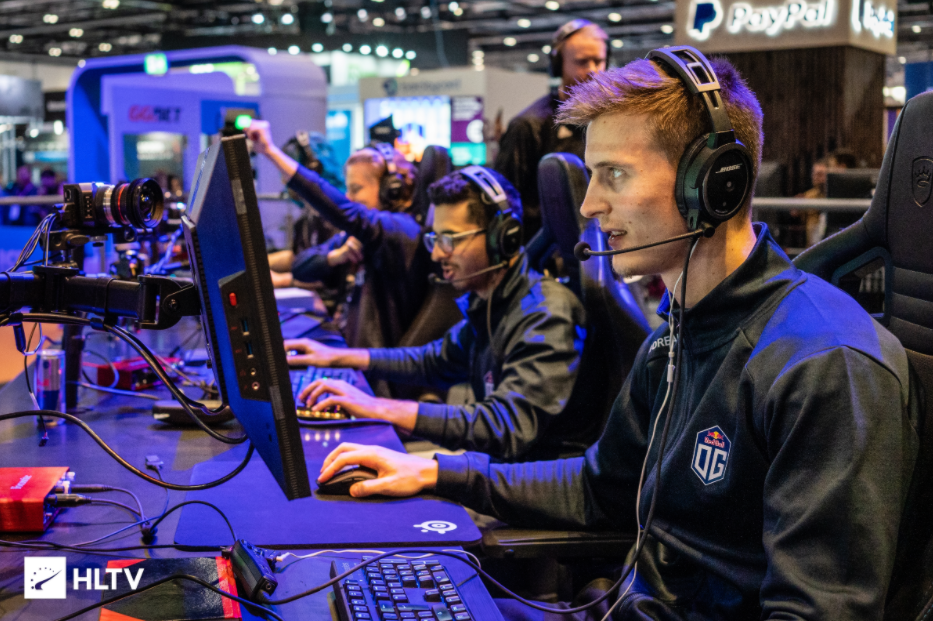 OG did well to make it this far, but can they fly even higher? (Photo courtesy HLTV)

The biggest surprise of Stage 1 was the rise of OG. The lowest ranked roster who made it through to Stage 2 pulled off some absolutely insane upsets against mousesports and G2, both being top five teams. On top of that, they had the hardest decider match against Team Vitality of Group A. OG won the series in three maps, proving that Group D was the most stacked one with three teams advancing. OG perma-ban Vertigo, but their Nuke has been easily exploitable in the past. With teams like Astralis and FaZe contending, OG will be hard pressed to find advantages. Still, the fact that they even got here is an achievement.

With this caliber of competition, every single match will be great. Titans of the game will be clashing for five days straight beginning on April 5th. You won’t want to miss a second of ESL Pro League Stage 2.