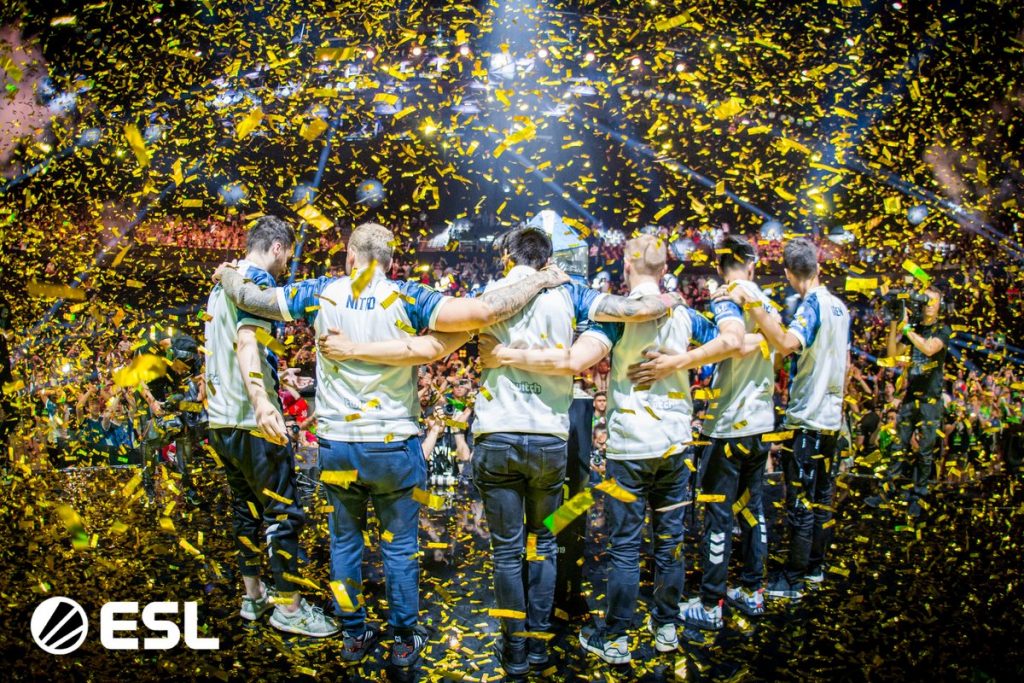 Team Liquid have claimed the ESL Pro League Occitanie 2019 Season 9 trophy, defeating French roster G2 Esports in the decider. The North American team claimed the Counter-Strike title with a 3-1 victory, and cemented their emerging dynasty after ousting the world’s best to lift the crown in Montpellier, France.

Heading into the 16-team, $600,000 USD tournament, all eyes were on Team Liquid. After victories in Sydney and Dallas, the NA roster were well on their way to making the international top-seed their own. Just one thing stood in their way—they had to beat Astralis.

Now the Pro League champions have done that, and more, on their way to a third title in 2019. With their triumph at Occitanie 2019, TL have claimed three straight Intel Grand Slam titles, and proven they’re here to stay.

It wasn’t all smooth sailing for the new best team in the world, however. The squad actually started their crowning campaign with a defeat, falling 13-16 to North on Dust II in the opening round of Group B.

The surprise defeat to the Danish roster who eventually finished outside the top eight punted Liquid into the lower bracket, and quickly turned their tournament into a sudden-death gauntlet run. The opening slip-up didn’t prove fatal, however, as TL bounced back with a 2-0 win over TYLOO, before defeating HellRaisers in a closely fought 2-1 series (16-11, 14-16, 16-14).

A 2-0 victory against MIBR set the NA roster up for the one matchup they’d be searching for in Montpellier—a quarterfinal showdown with reigning kings Astralis and a chance to take the crown from their rivals in a three-map series.

It seemed like the Astralis had come to play early in the final eight match-up. The Danes marched to a dominant 12-3 halftime lead, off the back of shining performances from Andreas “Xyp9x” Højsleth and Emil “Magisk” Reif. Liquid hadn’t chalked a point until the eleventh round and seemed chances seemed desolate.

A second-half comeback flared Liquid’s performance, and though they fell 16-12 in the Overpass meeting, the resurgence was to bolster them heading into the final two maps.

Despite Astralis appearing strong in their takes, and movements from T-side, TL were able to execute their re-takes nearly perfectly, and took a 14-1 half lead. They closed out the battle on Inferno at a rapid pace, forcing match point with the 16-6 victory.

Neither side had a major advantage on newly added Vertigo, the deciding map. Astralis took a commanding lead at 11-4, but Jonathan “EliGE” Jablonowski and Jake “Stewie2k” Yip were not to be denied. They staged a major comeback, leading Liquid to ten straight round wins, and sealing their momentous win over Astralis 16-13 to move on to the semifinals.

A second-map 19-17 overtime win against mousesports sealed a 2-0 victory for Liquid in their final-four fixture, before they came face-to-face with French squad G2 in the decider.

The home roster was able to take a contested 16-13 win on Nuke to get on the board in the third map. Liquid were not to be denied, however, as they opened with wins on Dust II (19-15) and Overpass (16-3), before closing out the series with a lengthy 25-22 battle on Inferno.

According to Liquid’s Stewie2k, the final felt like a “game of throws” more than either side showing their quality. With so many overtimes, he said, it’s bound to happen.

“G2 definitely played well, but it was a game of throws, and there were lots of mistakes, but that happens a lot in best-of-five series,” the Liquid rifler said.

“The series went pretty far, and went pretty long, especially the last map. We were able to capitalize, and adapt, and then Twist was able to save us near the end with a lot of clutches. It’s never going to be easy with that many overtimes.”

Stewie2k believes Liquid has to “be better” if they want to keep their first-seed. The 3-1 win in Montpellier was fraught with slip-ups, and chances to fall short, and Stewie2K wants to avoid having those chances even appear on their radar.

“We were the better team, and they’re [G2] are the underdogs, so as the best team in the world we have to minimize those mistakes, and we’re going to come back stronger from them,” he said after the four-map series.

Team Liquid’s next Intel Grand Slam Season 2 challenge comes at in Cologne early in July. Sixteen teams will compete at the Lanxess-Arena for a slice of $300,000USD, while Liquid look to make it a Grand Slam four-peat.

Winning four of the ten events in 2019 nets the triumphant team a $1,000,000 pay packet, and Liquid now have six more chances at the title glory. Only Astralis have achieved the grand slam prize, winning in Marseille, Dallas, Chicago, and Odense last year.