ESL One Series Continues This Week in Mumbai 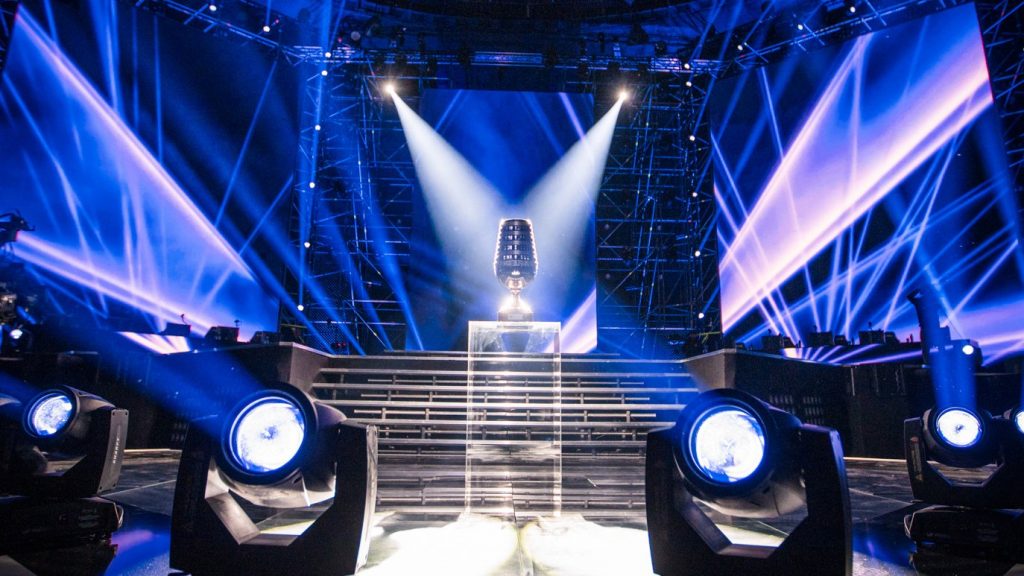 ESL One Mumbai kicks off April 16 for five days of Dota 2 action. (Photo courtesy of ESL)

ESL One Mumbai 2019 has had to adapt over the last few weeks as different teams dropped out, but the show will still go on!

ESL One Mumbai will be the biggest Dota 2 tournament hosted in India, so far. There are eight teams on board, a $300,000 USD prize pool and some top-notch broadcast talent to guides us through the highs and lows of the event. While the tournament isn’t on the Dota 2 Pro Circuit (DPC)—it ends the day before the OGA Dota PIT Minor 2019 begins—, it should still have some fantastic Dota 2 series.

Eight teams are attending ESL One Mumbai. They’ve been split into two groups for the GSL-style group stage. The top two teams from each group will advance to the upper bracket of the double-elimination Playoffs, while the bottom two teams will go straight to the lower bracket.

All games will be best-of-threes, except for the grand finals, which will be a best-of-five series.

Natus Vincere and compLexity Gaming were two of the three direct invites for ESL Mumbai. Natus Vincere has a stand-in, competing with Mikhail “Misha” Agatov in place of team captain Akbar “SoNNeikO” Butaev. They haven’t had much success so far this year, with their qualification for the recently completed DreamLeague Season 11 Major the one bright spot.

CompLexity has struggled in the packed North American region. Sometimes they’re on top, sometimes they’re just short. They’ve brought on a new-to-them coach, Muriëlle “Kips” Huisman. She trialed with them during their 9-10th place finish at ESL One Katowice 2019 at the end of February.

NA-region rivals, TEAM TEAM, also qualified for the Major. They were a late addition to the ESL Mumbai’ roster, taking one of the five places opened up by teams who canceled due to scheduling conflicts. With Jacky “EternaLEnVy” Mao and Michael “ixmike88” Ghannam anchoring the team in the carry and captain position respectively, TEAM TEAM has a surprising depth of experience on it.

The last team in Group A is TNC Predator. They may have missed out on the fourth pair of DPC events, but they’re currently in tenth in the DPC rankings, within the threshold for The International 2019 invitations. They also won the World Electronic Sports Games 2018 at the beginning of March.

It's going down tomorrow!#ESLOne Mumbai will be kicking off at 12:00 IST, don't miss out on any of the Dota2 action throughout the coming week 🙌 pic.twitter.com/VhCzn8uUZ2

Group B should be no less competitive than Group A with two teams who qualified to the Paris Major, one of them a direct invite to ESL Mumbai.

Mineski has had a rough year and now is the time when they want to start rising. They qualified for the Paris Major and have Michael “ninjaboogie” Ross Jr. sitting in their’s captain’s seat. Ryan “bimbo” Jay Qui has also returned in the position four support role. They won the DreamHack Mumbai Invitational 2018, a smaller event that took place in December. Mineski are ready to prove that they are Mumbai’s champions.

Chinese squad Keen Gaming are currently in eighth place in the DPC, making them the highest ranked team at ESL One Mumbai. They placed 5-6th at DreamLeague Season 11 and also qualified for the Paris Major. They fell to TNC Predator at WESG 2018, taking second place at that event. While most of their experience has been regional, Keen Gaming look to be one of the tougher opponents in Mumbai.

The Pango had a very recent roster change as Bogdon “Iceberg” Vasylenko and Danial “Xsvamp1Re” Alibaev joined the squad on April 8. It’s difficult to say how well the team will perform given that the roster is so new.

Rounding out Group B are Signify. This team qualified for the event during an India-specific qualifier. They competed last week in the Cobx Masters 2019, where they were eliminated in 3-4th place by Tigers. Because expectations are so low for this team, they may fly under the radar and catch some teams unprepared.

Here are the opening matches for #ESLOne Mumbai 2019! What are your predictions? pic.twitter.com/ycrr3QERlh

The two rivalries to watch for at ESL One Mumbai are TNC Predator versus Mineski, which will only happen if they meet up in the Playoffs, and compLexity Gaming versus TEAM TEAM, which could happen during the group stage. Because these teams come from the same regions (SEA and North America, respectively), they’ve built up a history versus each other.

Our top picks for the first matches to watch are compLexity Gaming versus TNC Predator and The Pango versus Mineski.

Overall, ESL One Mumbai 2019 doesn’t have the very top tier of Dota 2 teams we’re accustomed to at ESL events. That said, there are some very highly-skilled, highly-ranked teams attending. On top of that, the broadcast talent is top-notch. Paul “Redeye” Chaloner will host the desk, while Eri Neeman works the stage and Jake “SirActionSlacks” Kanner provides sideline reporting. The casters and analysts will include Toby “TobiWan” Dawson, William “Blitz” Lee, Austin “Capitalist” Walsh, Kyle Freedman, Matt “Danog” Joyce and Kevin “Purge” Godec.

ESL will undoubtedly produce some quality interviews as well as some meme-ier content alongside a well-run competition.

You can tune in for the games starting at 2:30 a.m. EDT on ESL’s Dota 2 Twitch channel.