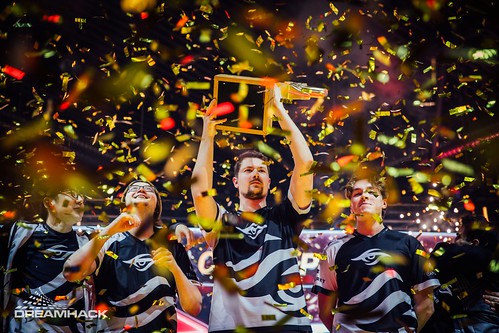 Team Secret held off Evil Geniuses at the last Major to win it all. They're in the hunt for their second title of the year. (Photo Courtesy DreamHack)

In our last preview of the ESL One Los Angeles 2020 Major, we looked at China, a region that some would suggest contains the best Dota 2 talent in the world. Another contender for that accolade exists, though. Europe is perhaps now, more than any point in Dota 2’s existence, the strongest region in the world.

Headed into qualifiers, controversy reigned over the limited spots afforded to the region. With so many talented stacks, including teams such as Nigma, Alliance, and Team Liquid, Europe is the most competitive and challenging region to qualify for a Major in. This was made all the worse by the introduction of a few new and returning faces to the scene.

In the end, even those big-name squads missed out. In their place is a trio of teams that are just as good, if not better. The only difference being that they showed the raw tenacity to succeed in one of the most crowded qualifiers in recent memory.

In the very first Major they attempted to qualify for this year, OG was successful. The reigning two-time Aegis winners wasted no time in showing just what their new-look roster was capable of. Despite earlier this year saying goodbye to a trio of their TI winning talent, the team didn’t miss a beat.

Building a new roster always implies challenges, but we did it. Together. Monkey business rules !

Our news about our #ESLOne Los Angeles 2020 qualification is now out.

Syed Sumail “SumaiL” Hassan, Yeik “MidOne” Nai Zheng, and Martin “Saksa” Sazdov have slotted flawlessly into the holes left by the departures and breaks of Anathan “ana” Pham, Sébastien “Ceb” Debs, and Jesse “JerAx” Vainikka. This is now very much a team that can lean on any one of it’s carries to win. While occasionally in the past it felt like OG relied on Topias “Topson” Taavitsainen, ana or Ceb to pull out a miracle play to win, now the team has consistency.

What’s more, the raw talent of Topson is now amplified with the pressure taken off him. Midone is a near-legendary carry player in his own right, and SumaiL has long been the face and sole carry of any team he’s on. It feels very much like, without the pressure of being the only way a team can win, all three of these players can shine in their own way, knowing even if they don’t have their best game, one of OG’s other superstars will pick up the slack.

Our ticket to the #ESLOne Los Angeles Major is now secured!

Our newly bloomed team will start its Race to The International 2020 next month! See you there!#DreamOG pic.twitter.com/DFE0tk9d8f

It’s their first Major back in the Dota Pro Circuit, and no one would be surprised if OG won it all at ESL. This team genuinely has people scratching their heads for answers. They’re smart, adapt quickly to the meta, and they’ve no doubt watched what happened at the Minor. Expect lots of Snap Fire, Death Prophet, and Storm Spirit – all picks that saw a lot of play from the successful teams in Kyiv.

It doesn’t feel like Team Secret has stopped winning top events in almost five years. In 2019 they swept two tournaments. In 2020, they look poised to do it again. After beating out Evil Geniuses at DreamLeague Season 13, ending their opponent Cinderella story, Team Secret didn’t even take a break from winning. During the qualifiers, Secret beat all comers in consistently dominant fashion.

But it’s also true the team does drop games. They lost in the Grand Finals against Nigma at WePlay! Tug of War: Mad Moon. They’re not even flawless when they win, but they do win. Part of this could be initial teething problems with the new lineup. The acquisition of Lasse Aukusti “MATUMBAMAN” Urpalainen shifted the roles of their carries, and there still looks to be a few issues working out just what everyone’s part is in this roster. However, in their most recent events, this hasn’t been much of a problem at all. The team isn’t losing vital games, they’re trying out new things, and not worrying if they don’t work.

Los Angeles Major in less than a week 👀

This was best shown at the aforementioned WePlay! event, where the squad were willing to experiment with different carries in each game, reacting to their opponent’s picks, rather than just putting Matumbaman on some comfort pick like Wind Ranger and letting him go. However, with their backs against the wall, this team does perform. Against Virtus.pro in the same event, the team wasn’t afraid to pick two very different, but very comfortable compositions. Captain Clement “Puppey” Ivanov is one of the best minds in Dota 2, and can shock his opponents with his team’s deep hero pool.

Happy Birthday to the one and only, our founder, our Dota captain: PUPPEY! 🥳 pic.twitter.com/cev0WtEkud

If this team can overcome regional rivals at ESL, such as OG, and the dominant looking Chinese teams in Invictus Gaming, Royal Never Give Up, EHOME, and now Team Aster, there’s no doubt they can win it all. The real weakness Secret has is whether their strategic depth will stand up in the face of some of the more unorthodox play styles that come out of their opponents.

Ninjas on the Rise

After relocating regions to Europe in January, a move that many felt would hinder the team’s ability to qualify for Majors, Ninjas in Pyjamas have silenced doubters by qualifying for this Major. The shuffle of the team, which added Nikita “Daxak” Kuzmin, Rodrigo “Lelis” Santos, veterans from the CIS and South America respectively has done wonders for the team’s coordination.

Peter “ppd” Dager once again has a team he can pilot to victory. The former TI winner and former CEO of Evil Geniuses knows what a winning team looks like. A player that keenly understands the organizational, tactical, and competitive elements of a successful team, ppd brings a unique knowledge to any game he’s in. He’s built a roster around him of players that can be pressed into awkward positions, and come out victorious. NiP is a team that plays well from behind in both individual games and series.

However, their weakness lies in the fact they often find themselves there. As in their previous incarnation in NA, as well as now, NiP struggles with consistency. At some points, this is a team that can sweep a Minor, or a qualifier, and make it to the top five of a Major. But other times, this is a flop team that drops out in the first round.

Which NiP turns up to the ESL Major will be the make or break point of this team. They’re binary. They’ll either make it to the last stage of the finals or drop out in the best-of-one knockouts. There’s no in-between.

Even with 13 other teams at the event, most people expect a European team to win the ESL One Los Angeles Major. It’s merely because of how talented the region is right now. The biggest disaster for Europe would be a group stage that sees all of its representatives land in the lower bracket, although that eventuality is incredibly unlikely. Otherwise expect a stack from Europe to likely head to the finals. It’s more of a question of whether it will be OG, Team Secret in that position.

Europe’s teams will be in action on the opening day of ESL One Los Angeles 2020, kicking off on March 15th. Tickets, additional information about the event are available on ESL’s official website.