ESL One Cologne to be Held Without Live Audience 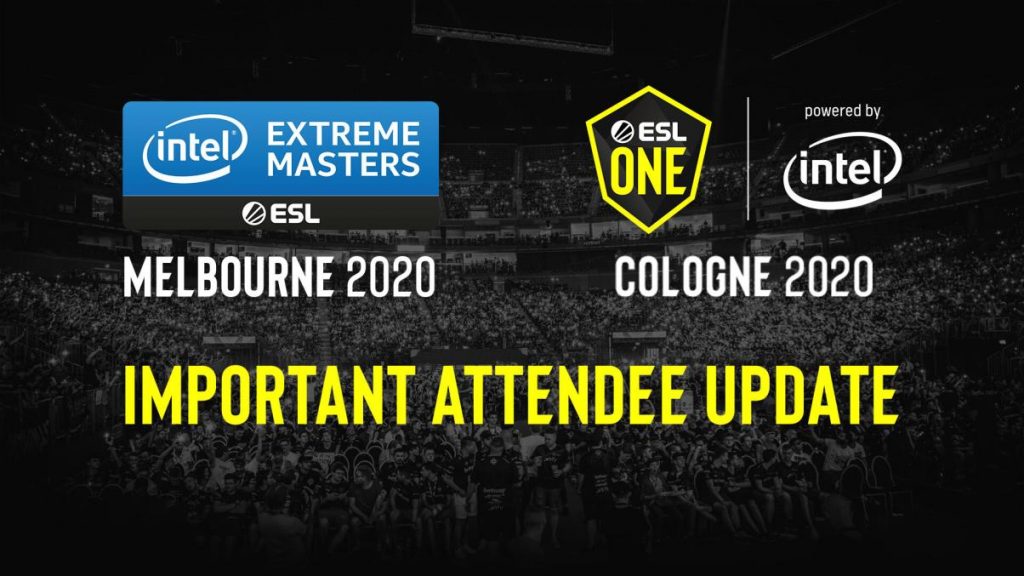 ESL has provided in important update for the 2020 and 2021 editions of ESL One Cologne and IEM Melbourne. (Photo courtesy: ESL)

Event organizer ESL has announced its intentions to host the 2020 edition of ESL One Cologne from August 21st-30th, with the caveat it will take place without a live audience. Additionally, Intel Extreme Masters Melbourne will be rescheduled for 2021.

With most all modern esports competitions adopting a digital infrastructure amid the COVID-19 pandemic, ESL’s announcement comes as one of the first signs of matters returning to normalcy. In February, the organizers were able to maneuver around the pandemic at IEM Katowice by curbing audience attendance, and we’ll see the same in Cologne this August. The event will remain a Masters Championship event within the ESL Pro Tour and be broadcasted.

This update provided more information on ESL One Cologne and IEM Melbourne in 2021, with the events being held on July 16th-18th and August 21st-22nd, respectively. Tickets purchased for either event will remain valid for the 2021 editions of the tournament; fans will also have the ability to refund tickets if they choose to.

ESL concluded by stating they will release more information at “a later date” after assessing the current scope of the pandemic and its potential risk to players, coaches, employees, and talent.

ESL One Cologne, or the ‘Cathedral of Counter-Strike’ as it’s often referred to, was previously a big question mark in the CS:GO space. The global pandemic has made its rounds at every corner of esports, but it’s a great sign seeing one of Counter-Strike’s most premiere events remain intact, even if in a reduced capacity.