ESL Announces Return to UK for ESL One Birmingham 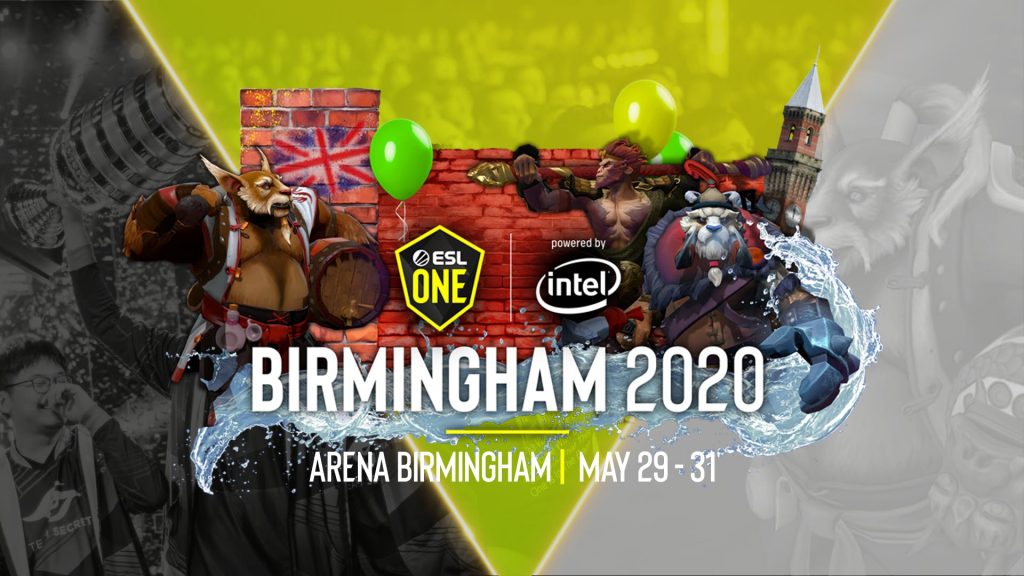 For the third consecutive year, ESL is headed to Birmingham, UK with a $300,000 tournament. (Photo courtesy ESL)

Pro Dota 2 is set to return to the UK as ESL announced ESL One Birmingham 2020. The news broke on ESL’s Twitter accounts, with accompanying post appearing on their official website.

It's BACK!#ESLOne Birmingham returns for its third consecutive year this May, from the 29th to 31st!

So gather up your stack, pack those umbrellas (it is the UK after all) and get ready for a tournament like no other!

Set to run from May 29th-31st, ESL One Birmingham will pit 12 of Dota 2’s top teams against each other for a share of the $300,000 prize pool. Over the past three years, the event has become one of the most popular of both of the ESL One series, and of the year as a whole. The tournament is one of the only major Dota 2 events hosted in the UK, and the largest by some margin.

Last year’s event saw Team Secret make a dramatic run through the lower bracket to defeat Evil Geniuses in the final, taking victory after a dramatic 3-2 series. The lineup of that tournament featured teams from across the globe, with big names such as TNC Predator, Gambit Esports, Vici Gaming, PSG.LGD, and more taking the stage.

But more than the action on stage, ESL One Birmingham has become known for its incredible atmosphere. Hosted in the Arena Birmingham, the event is situated in the very heart of the city, perched on the edge of it’s canals. Last year’s theme was centered around Brewmaster, and the tournament featured plenty of merriment and revelry from the crowd to match. In fact, the UK fans are some of the most vocal you’ll find, and you can expect to hear plenty of cheering and chants whether you’re attending in person or watching online.

None of the participants have currently been announced at the time of writing, but thanks to the event’s ample timing between Dota Pro Circuit events, there’s potential for some top names to be in attendance.

Tickets are already on sale on ESL’s official website, and additional information as well as a full announcement are available there as well. If you can’t wait for ESL One series Dota, then you’re in luck, as ESL One Los Angeles is set to take place two months before on March 20-22.