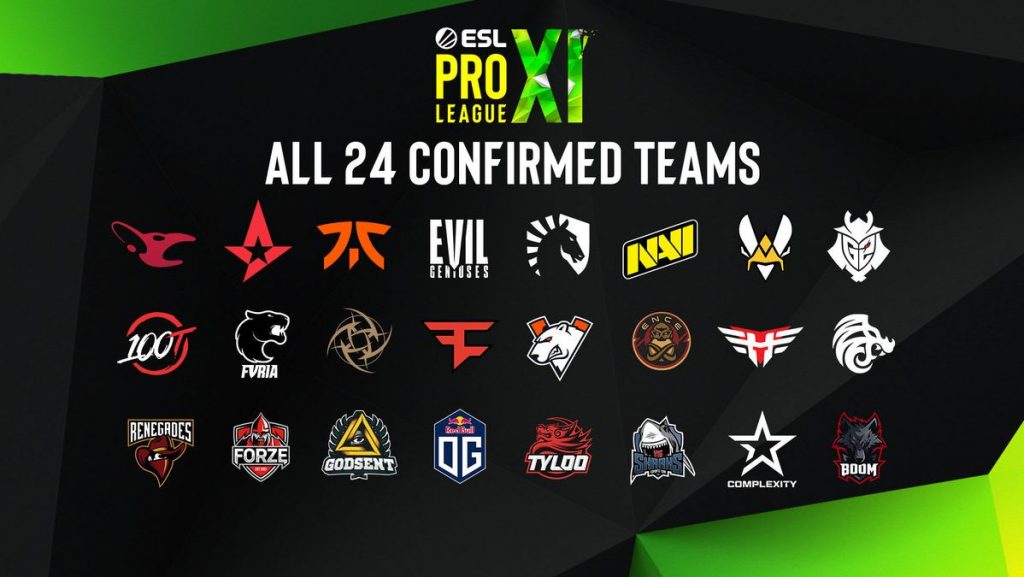 All 24 ESL teams to participate in Season 11. (Photo courtesy ESL)

ESL’s latest season of the ESL Pro League has been revealed. 24 teams from around the world will compete as part of the 11th season of the Pro League. The first round of matches takes place on March 16th and the event will last for 26 days, hosting four weeks of epic CS:GO action. The finals will be on April 12th. The overall prize pool for the season is $750,000 USD. The ESL Pro League is working rather differently to how the league has gone before.

ESL, DreamHack and 13 teams have come to an agreement over long term investment and revenue shares. These teams will receive a share of the revenue and profits from the ESL Pro Tour and receive a long-term slot in the ESL Pro League. The ESL Pro Tour includes events such as IEM Katowice, Cologne, etc. This agreement is titled the Louvre Agreement, and features: Astralis, Complexity, Evil Geniuses, ENCE, FaZe Clan, Fnatic, G2 Esports, Mousesports, Natus Vincere, Ninjas in Pyjamas, Team Liquid, Team Vitality, 100 Thieves.  These teams take 13 of the total 24 slots available in the ESL Pro League.

Teams not partnered with ESL as part of the Louvre Agreement can qualify for the ESL Pro League via several traditional methods.

Regional Distribution offers invites to teams who make it to the ESL Pro League through regional qualification leagues. There is a slot for every region: North America, Europe, Asia, Oceanic and South America. For Season 11, this is not the case. They will use some of the teams who attended the ESL Pro League Season 10 Finals. These are Heroic, North, Renegades, Sharks Esports, and Tyloo.

These 24 teams will be placed into four groups containing six teams. Each group will use a round-robin system, with best-of-three series for each match. The winner of the Group will advance directly a bracket with group winners. The second and third place teams of each group will then be seeded into a single-elimination playoff bracket. 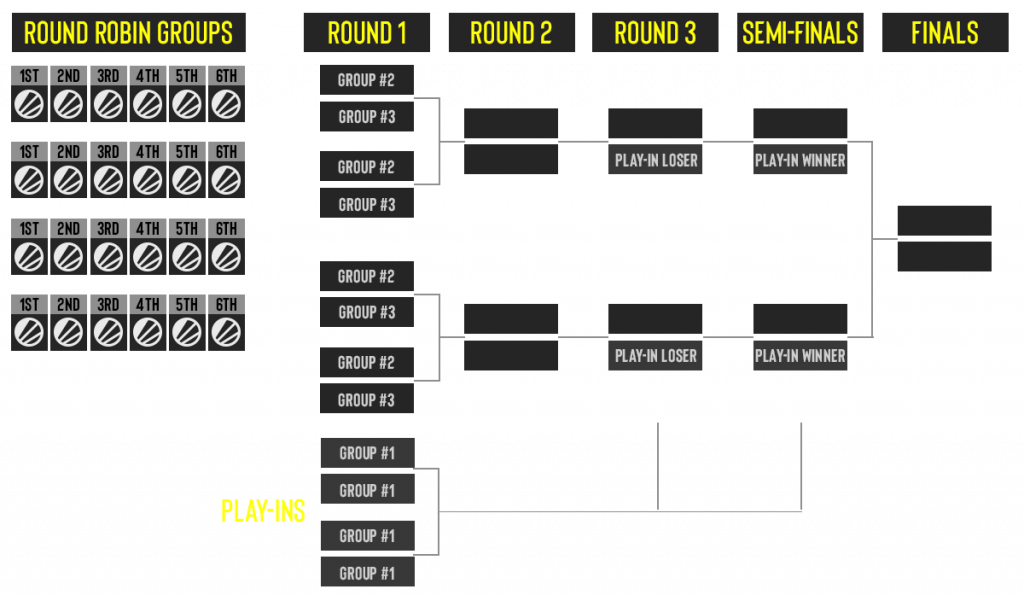 Group A and Group B will play March 16th – 25th. The first seeds of Group A and B will battle on Wednesday the 25th. Group C and D will play March 26th – April 4th. The top two seeds from those groups will compete on April 4th. From Sunday, April 5th to April 12th, the playoffs will run through, concluding Season 11 Pro League.

The Group stages have yet to be drawn. So, check back later for more information on who will play and when. ESL’s next event will be IEM Katowice, running from February 24th to March 1st. Some of the teams mentioned in this article will be looking to win one of the biggest events of the year.