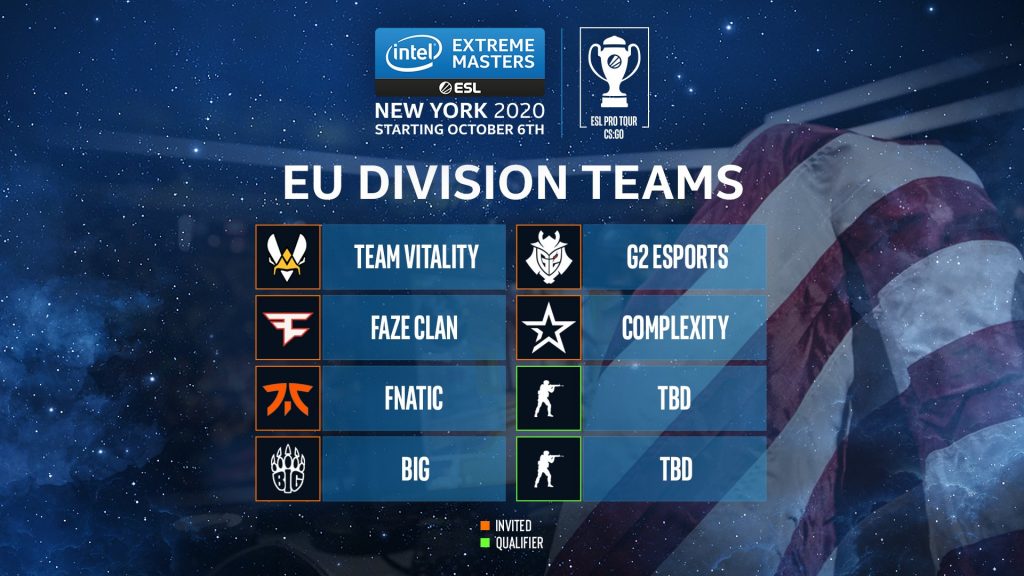 IEM New York Online has announced they are making a few changes to their NA and CIS leagues, alongside six guaranteed entries into Europe. Furthermore, the European qualifiers are now underway, meaning the remaining teams will soon be decided.

We have our confirmed teams for the #IEM New York 2020 Online EU Division!

We also have some updates regarding the NA and CIS closed qualifiers:

The European portion of the IEM New York Online was guaranteed to be a big traditional event but played online. IEM New York Online Europe is not part of the RMR event, as DreamHack have control of the remaining European RMR event in mid-October. This means that teams will be competing purely for their trophy, cash prize and to improve their ESL Pro Tour ranking for Katowice 2021.

Some of the best European teams have been invited to compete for a shot at the $140,000 USD prize pool. The teams currently attending the event are:

So far, the teams in attendance are the European teams that have rose through the rankings over the last few months. Furthermore, there are two more spots available for Europe as organizations look to make their way from the open qualifiers to the closed qualifiers. So far, only OG is the only team confirmed for the European Closed Qualifiers.

NA and the CIS regions also have some updates. Those two leagues already had confirmed teams before the recent announcement. However, several sides have decided to withdraw from the competition.

In North America, Chaos Esports Club, Envy and Bad News Bears have declined to compete in the event. While it is currently unknown why they withdrew, Chaos likely chose to withdraw since team captain, Joshua “steel” Nissan is still banned from Major competition by Valve, as this event as RMR points attached. Meanwhile, Envy still only has four confirmed players on their roster. Replacing those three teams are Yeah Gaming, Ze Pug Godz and the New England Whalers. Additionally, CR4ZY will now head directly to the North America Closed Qualifier.

CIS is not exempt from this as they too must make one change. Pro100 declined their offer to compete in the CIS Closed Qualifier, with no news on who is replacing them

For those interested in the EU, NA and CIS qualifiers, ESL recommend checking their Twitter for live updates.