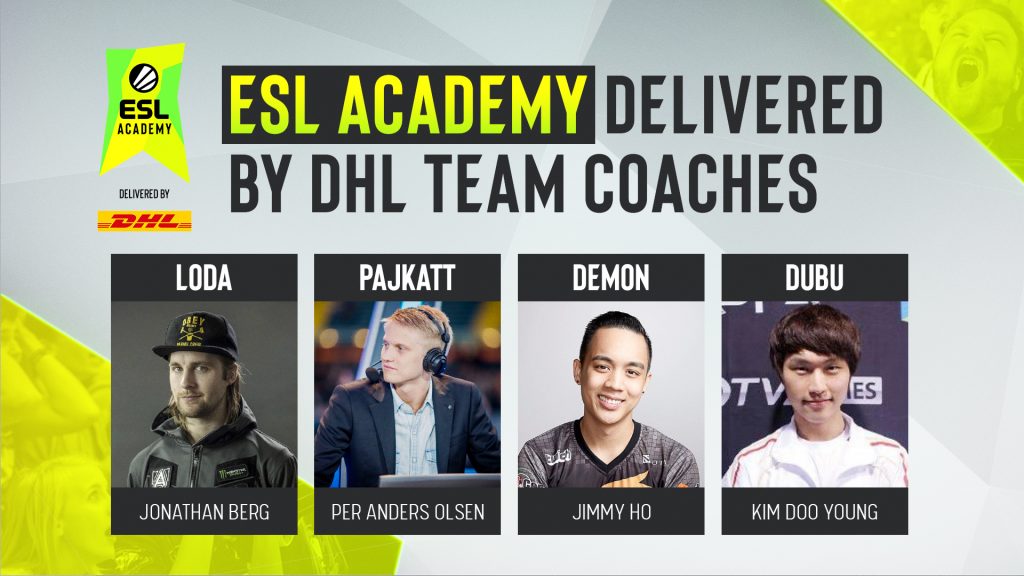 ESL has announced the four coaches that will take the reigns as part of their ESL Academy program. Jonathan “Loda” Berg, Per Anders Olsson “Pajkatt” Lille, Jimmy “DeMoN” Ho, and Kim “DuBu” Doo-young will make up the team of coaches set to help four Dota 2 stacks achieve their dreams.

After coaching them through April, one of the teams will be crowned Champions at Birmingham! #DeliveredbyDHL pic.twitter.com/buTJQ6qlMw

This star-studded lineup includes many former pros and current coaches. Loda, is of course, a legendary former player and current coach for Alliance and part of their The International 2013 winning lineup. Pajkatt is one of the most storied players in European Dota, playing for Optic Gaming, Na’Vi, Alliance, Mousesports, and CLG during his incredible career. He’s also the current coach of Ninjas in Pyjamas. DeMoN notably played for Evil Geniuses, Nirvana.Int and Meet Your Makers, and is the current coach of the former J.Storm roster, business associates. Last but not least, DuBu played support for a wildly successful Fnatic roster between 2018 and 2019 and is currently the coach of CR4ZY, the former Fighting PandaS lineup.

As part of their duties, the four coaches will attend ESL One Los Angeles, where they’ll select their teams in a draft. From there, the squads will attend the DHL Bootcamp, where each coach will attempt to mold the team in a stack that can take home the lion’s share of a $240,000 prize pool.

Shortly after the announcement, Coach Loda took to Twitter to give his own reveal.

The overall announcement comes as part of the ESL’s collaboration with Reach.gg, Dotabuff, and DHL to create a more stable entry point to the scene for tier two teams. After launching their new matchmaking system, Reach and Dotabuff partnered with ESL to create ESL Academy. The six-month developmental league would see teams from Europe and North America compete for a chance to receive pro coaching. DHL acted as sponsor and official logistics company for the league.
As first reported last October, ESL Academy would first consist of online tournaments held between November 2019 and January 2020, before the top 40 teams from NA and EU advanced. Then the top two teams from each region would be drafted into the DHL Bootcamp to train with four top coaches. 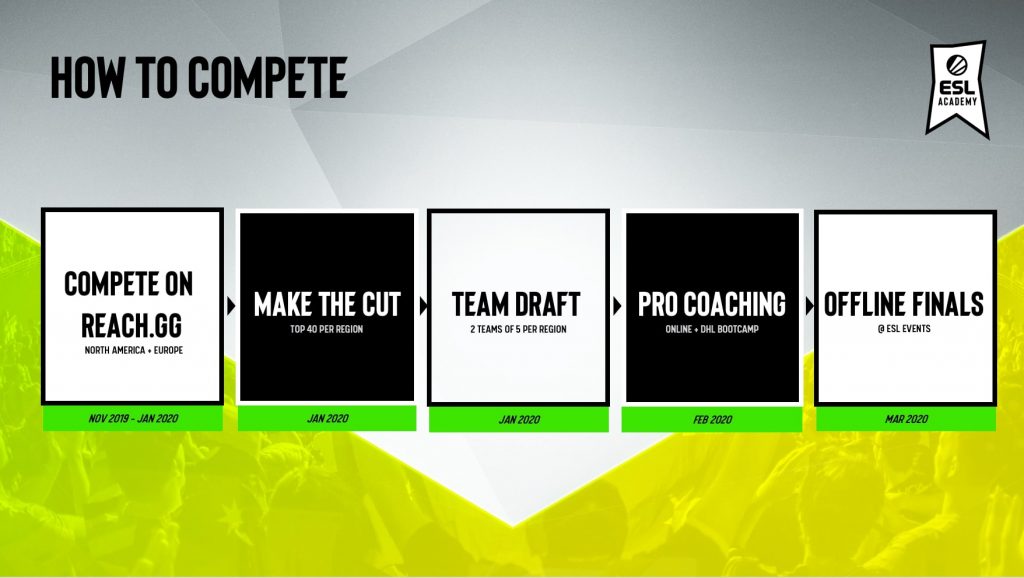 However, since the initial announcement the timelines have been altered. Originally, the DHL Bootcamp was slated to take place in February, with the Offline Finals held the following month at an ESL LAN event. This would have seen the tournament held alongside the ESL One Los Angeles Major 2020, which is scheduled to take place later this month.

Instead, the DHL Bootcamp will now take place at the LA Major, following a live draft during the event in which coaches will select their team. The finals instead move to ESL One Birmingham, held at the end of May. This gives both coaches and teams plenty of time to get these squads into competitive shape ahead of their Birmingham finals. For full information on the ESL Academy, check out the official website.