ESL Academy: A Path to Pro for Dota 2 Players 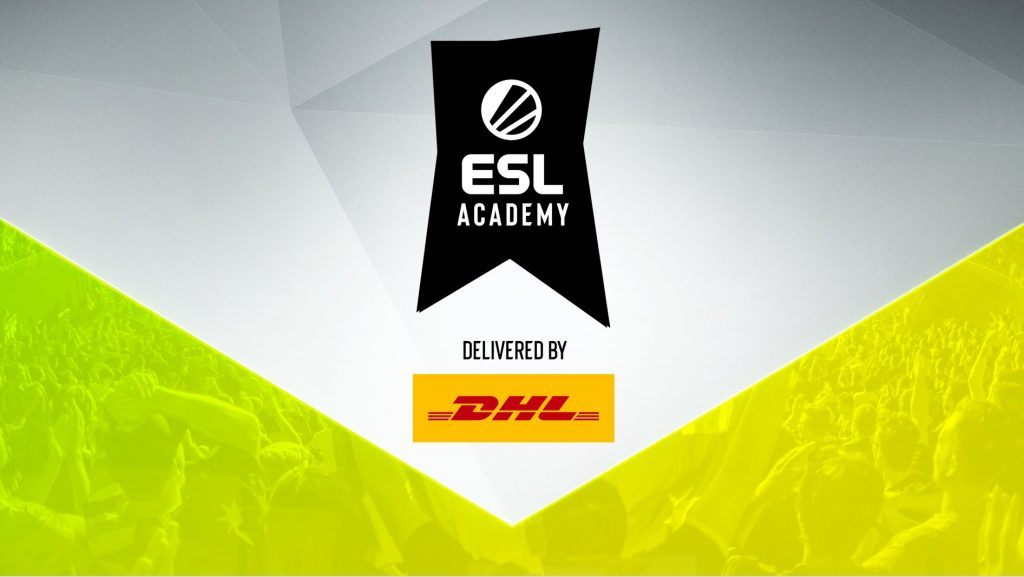 ESL Academy will use the new Reach platform to provide Dota 2 players with a potential path to pro. (Image via ESL)

In a quick video aired during ESL One Hamburg 2019, ESL and Dotabuff’s Reach announced ESL Academy. Sabina Hemmi, CEO of Elo Entertainment (parent company of Dotabuff), and James Lampkin, Vice President of Product Development at ESL, joined Paul “Redeye” Chaloner and Alan “Nahaz” Bester in a panel after the first series of the day to discuss the project in more detail. Essentially, this is a joint project that aims to provide a path to pro for Dota 2 players.

Available initially in Europe and North America, players are invited to sign-up to compete in the ESL Academy on the Reach platform. Competitors will have from November 2019 through January 2020 to work their way up the Reach leaderboard. Then, in January, a team draft will take place. Four “former Dota 2 veterans” will draft a team of players, drawing only from the top forty players in their region, resulting in two teams of five players per region. Then in February, the teams will receive professional coaching as well as a DHL-sponsored bootcamp, before they compete in the LAN finals for the Academy in March. These will be held as part of an ESL event (which one is as yet unannounced).

Reach is currently operating in beta mode, so signing up right now puts you on a waiting list. The site currently indicates that included in the Reach experience is a customizable profile to showcase career highlights, including any current or former Dota 2 teams. Included in the Reach account is a subscription to Dotabuff Plus, which provides a deeper level of analytical tools than the standard Dotabuff site does.

In the Dotabuff announcement, the site (owned and operated by Elo Entertainment) indicates some of the intentions behind Reach.  The announcement states Reach is meant to be, “a platform where players can experience the highest level of play, win big prizes and get noticed by organizations to further their career.” ESL Academy will attempt to provide that next step, offering top players on the Reach ladder an opportunity to network with professional players and the opportunity to be scouted by professional teams.

Show Us the Money

The ESL Academy, and Reach itself, will provide cash prizes to reward (and motivate) players. The Reach site states, “Reach has the largest prize pool for tier 2 competitors, giving away thousands in our bi-weekly sprints.” While there are no specifics available yet, this suggests that performing well within the site’s leaderboards will have a regular monetary payout.  ESL Academy itself touts “Over $240,000 USD prize pool for tier 2 Dota 2.”  Again, there are no specifics on how this money will be paid out. Presumably, it will be split between the two regions, but with thousands being paid out on a bi-weekly basis for the twelve or so weeks of November 2019 – January 2020, there could still be a good chunk of money available for the ESL Academy drafted teams to compete for on LAN in March.

That said, Dotabuff posted its own announcement this morning regarding Reach and included a screencap of a weekly schedule that had a “$1,500 prize pool” noted on it. The announcement also indicates that there will be a monthly prize pool of $20,000, “of which 50% is reserved for up-and-coming amateur players.” It’s unclear where the other $10,000 will go – perhaps the thinking is that some professional players (players currently on professional teams of any tier) may also compete?

We are excited to announce a new solo online league in a partnership between @ESL and @DOTABUFF. With over $240,000 in prizes we plan on supporting tier 2 #Dota2. We will be on air with more information after the first series of #ESLOneHamburg https://t.co/kEl9uPSSHI

ESL is clearly making moves this year to provide a path to pro across multiple esports titles. They partnered earlier in 2019 with DreamHack to create the ESL Pro Tour for Counter-Strike Global Offensive. That system involves pre-formed teams, as opposed to the ESL Academy wherein individual talent will be on display.

It’s refreshing to see two companies that are such a part of the Dota 2 landscape tackling one of the issues the community continually discusses. Will ESL Academy, and Reach, successfully provide some of the infrastructure that Dota 2 needs to sustain a tier 2 professional scene? Beta play begins on Monday, October 28. We’ll see soon how well the new platform and system integrate into the overall Dota 2 ecosystem.