Escaping the Legends Stage at the CS:GO Major 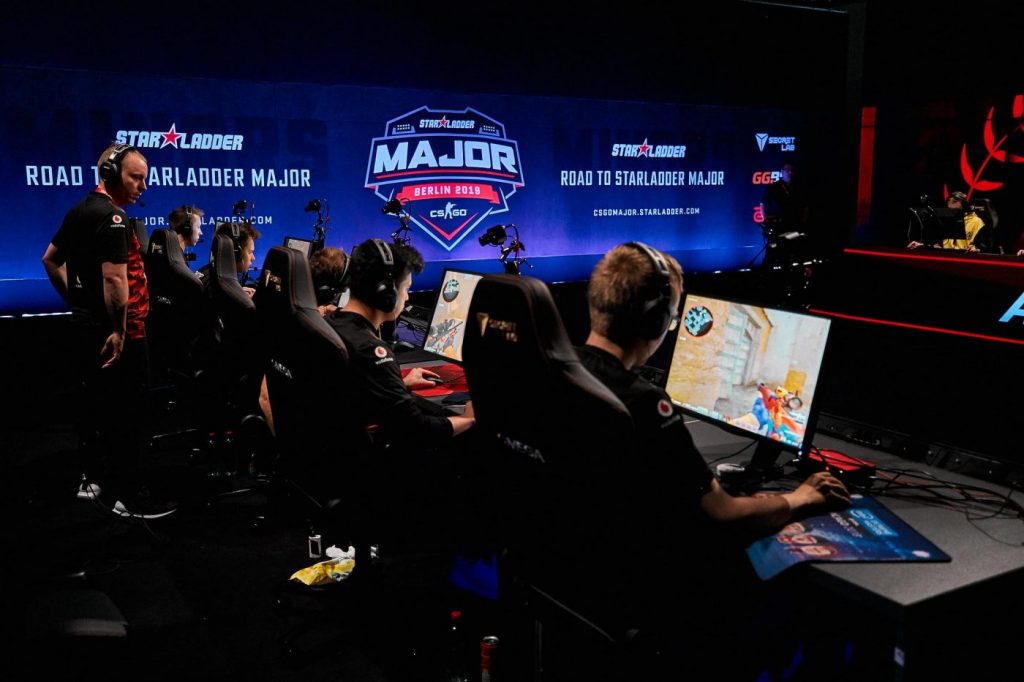 The StarLadder Berlin Major 2019 advances to the Legends Stage on August 28. (Image via StarLadder)

Playing on the big stage in front of an excited crowd is the dream of every CS:GO player as cheering fans and the tense atmosphere during intense clutches are pumping up the adrenaline. In Counter-Strike, the biggest tournaments are the Majors, supported by Valve with a prize pool of US$1,000,000 and special in-game items for the fans. We’re mid-way through the StarLadder Berlin Major 2019, and the last hurdle for teams who want to compete in front of the fans is the battle in the New Legends Stage to proceed to the Champions Stage.

There are two ways to enter the Legends Stage – the first one is to do well in the previous Major tournament. So the best eight teams of the IEM Katowice Major in February/March 2019 earned their spot in the last stage of the StarLadder Major in Berlin already:

The winning team Astralis, which lost its status of the invincible since then and Team Liquid, who maintained a winning streak of seven premium tournaments in the last few months including to grab the Intel Extreme Grand Slam, are favorites to proceed to the New Champions Stage in the Mercedes Benz Arena in Berlin.

ENCE, the Finnish squad, who won the fanbase due an incredible run in Katowice to the Grand Final and the top tier CIS team Natus Vincere are waiting for their chance to win a Major in Berlin. FaZe Clan and MiBR had roster changes as former Virtus.pro player Filip “NEO” Kubski joined the US organization and MiBR lost Marcelo “coldzera” David and João “felps” Vasconcellos, replacing them with Lucas “LUCAS1” Teles and Wilton “zews” Prado.

Finally, the Australian guys from Renegades and the Swedish team Ninjas in Pyjamas completed the final eight at the last Major.

These teams will be challenged by the top eight teams coming from the Challengers Stage: North and mousesports came back from the summer break and convincingly get out of the stage with a 3-0 score. With just one loss G2, NRG Esports and CR4ZY will join them to the Legends Stage and finally, there are AVANGAR, DreamEaters and Team Vitality barely getting out of the Challengers Stage.

Especially the French team around upcoming superstar Mathieu “ZywOo” Herbaut, Team Vitality had shown great results before the summer break and are the current number two in the HLTV.org Ranking. But they struggled to get back in combat mode after the pause and lost against the CIS teams Syman and DreamEaters and just managed a 2-1 victory against Grayhound Gaming.

Nevertheless Team Vitality, NRG Esports, G2 and mousesports will grab every chance to proceed to the Champions Stage, whilst North, AVANGAR, DreamEaters and CR4ZY are ready to go the extra mile against the established top teams.

On August 28, the Legends Stage kicks off with the first of five rounds in the Swiss system:

This opening round of best-of-ones will split the winning and the losing teams into two groups.

On day two, the teams in those groups will battle in best-of-ones for a solid 2-0 start into the Stage plays.

In the third round, the 2-0 teams will have best-of-threes to determinate who will proceed to the Champions Stage. On the other hand, the 0-2 teams will see the first squads to leave the Major group stages after best-of-three matches. All other teams in the 1-1 pool will play best-of-ones in this round.

On the fourth day, the winners of the 2-1 matches will join the 3-0 to proceed in the tournament and the losers of the 1-2 matchups will go home in the evening. All these games will be played in best-of-threes.

The final day defines the last three winners of the 2-2 teams, who will go further with a 3-2 score in a best-of-three.

You can check out all the Legends action from August 28 – September 1 on Twitch.