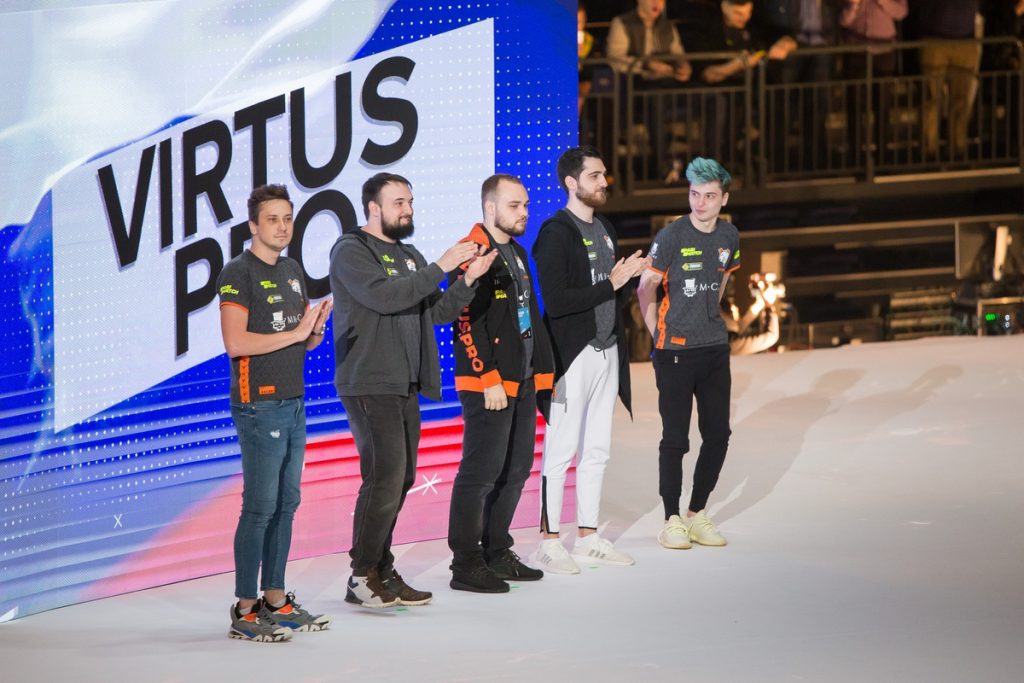 With victories over Alliance and TNC Predators, Virtus.Pro ensured their spot in the top 3 at EPICENTER.

It was the penultimate day of the EPICENTER Major today, and while the tournament was winding down, the action certainly wasn’t. With a short but sweet day of games, the number of contenders was whittled down to the final three.

The day started off unassumingly enough. If you’ve been following the tournament, TNC Predator looked thoroughly outclassed on paper versus a PSG.LGD team that has been playing with the wind in its sails since their relegation to the lower bracket. But TNC clearly didn’t get the memo. In game one, their deadly Bristleback, Templar Assassin combo demolished LGD after a 40-minute war.

Clearly shaken by their loss, LGD seemed to fall apart in their second draft. A questionable Slark pick had initially looked good against a TNC composition which needed all its separate parts to execute on a dramatic wombo combo. With their Juggernaut falling behind in the early game, and LGD farming up a storm, it briefly looked like we were set for a game three. But at the 35-minute mark, TNC’s wombo combo came online, and the team was able to catch out LGD again and again, before pushing in for the upset victory.

TNC is now sure to garner a lot of discussion heading into The International 2019, and are perhaps rightfully being heralded as the “China slayers” this tournament, after an incredible performance in groups and in this game. PSG.LGD is now relegated to their status as the second best team in their region. But the second best team in China is still headed to TI, and always a dangerous team to see in your bracket.

After a relatively long technical delay, we dived into Virtus.Pro versus Alliance. VP had occasionally looked shaky this tournament, while Alliance was perhaps the strongest they’d been this season. Which is why it was unsurprising to find Alliance dominating the early parts of their first game, grabbing four quick kills in less than three minutes, and silencing the home crowd. During this scrappy game, Alliance continually executed on their game plan, only for VP to counter it, with strong individual effort. In the end, VP was just too clean, and Pavel “9pasha” Khvastunovomni’s Omni Knight, too strong for Alliance.

Game two started similarly well for Alliance, with amazing catches and kills coming again before the five-minute mark. The story of this game and the last was Alliance playing with a clear plan of action, but VP’s simplifying outmaneuvering them, with a seeming clear skill gap between the two.

Alliance fell apart, with VP’s unwavering composure allowing them to come back from huge deficits. In both games, they recovered from poor starts to win, avenging Gambit and thrilling the Russian home crowd. Alliance won’t be too sad with their tournament finish though. They’ve secured their invite to the TI, and a top 6 finish in a Major as competitive as this one is nothing to be ashamed of.

The Battle for the Top 3

The final series of the day saw both victors face off in a last-ditch attempt to return to the upper bracket, and face Team Liquid, and Vici Gaming beyond them. Here though it was the stoic composure of VP that showed true. The Russians didn’t seem fazed by pressure, while TNC was seemingly overwhelmed by how far they’d progressed. Game one ended in just 25 minutes, the shortest game of the day, as a confident VP crushed their opponents.

In game two, VP didn’t let up, dominating with a Gyrocopter/Io comp that devoured TNC in short order. Despite a bizarre early game that saw VP give up all the runes while having map pressure and vision advantage, TNC just couldn’t get their carries online, versus possible the only combo that out-scales a late-game Sven. With their dominant carries and constant catches, VP was able to secure the win against a TNC team that never seemed to get going.

With their victory, VP will face TL tomorrow for a chance to meet Vici in the finals. They’ve proved just how good Russian teams can be, especially after disappointing performances at tournaments later in the season. TNC has generated a lot of buzz, with a surprising top-four finish, and it will be exciting to see how they can carry this momentum into TI. But there’s a long way to go until The International, and the element of surprise is no longer on their side.