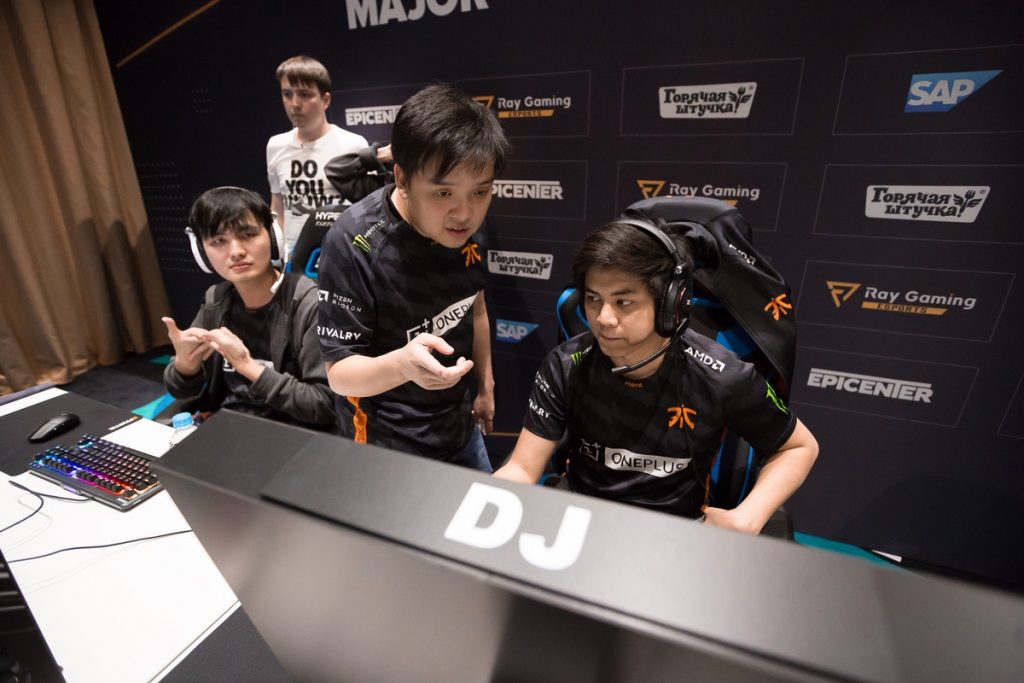 Our first day of Dota 2 playoff action at the EPICENTER Major kicked off with the two top-ranked teams in the world battling for top bracket dominance. Elsewhere, underperformers across the tournament attempted to avoid elimination in a day plagued by audio and other technical issues.

Team Secret, the number one ranked team in the world, took on their second-place rivals, Virtus.pro, the day’s opening series. In three thrilling games, the Russian squad pushed Secret to their breaking point, starting the series with a one hour brawl that only ended after VP used a full team buyback to secure a tier three tower.

However, Team Secret wasn’t about to go quietly, rebounding during another hour-long game. Key to this resurgence was Yazied “YapzOr” Jaradat’s Enigma, which remains undefeated in its last 17 appearances.

If @YapzOrdota is on Enigma for @teamsecret this game, it will be his 17th LAN appearance on the hero since TI8. He is undefeated (16-0) in the previous 16 games. pic.twitter.com/cONzZNPd2Z

Throughout, VP’s Roman “RAMZES666” Kushnarev and his double Waveform Morphling caused havoc for Secret, but the Secret was eventually able to bring the series to its third match. Their relief was short lived though, as VP bounced back in tremendous style. Secret found themselves 0-10  for the first 20 minutes of the game as their opponents raced to finish the game. VP guaranteed themselves a top-six finish.

The narrative about Team Liquid in this tournament, and indeed at The International, is sure to be centered about whether their dramatic roster swap was successful. Regardless of the eventual answer, today at the EPICENTER Major, it was Aliwi “w33” Omar’s hero pool that ensured the team’s victory. In game one against PSG.LGD, it was w33’s Windranger, a cornerstone of Liquid’s success thus far, that ensured the victory.

And, in game two, it was his Meepo that allowed Liquid to progress to the next round quickly. The team surged ahead in gold and objectives, precisely the situation a team with a Meepo needs to be in. Despite signs of a mid-game comeback, after 43 minutes LGD found themselves in the lower bracket.

For Fnatic fans, dreams of the Major were short-lived, as the team was absolutely crushed by Forward Gaming. When the two teams met, it was clear that Fnatic just wasn’t up to scratch, crashing out of the tournament. Their elimination is all the more painful given how close the team was to qualifying for the International.  Forward will face PSG.LGD on Wednesday, hoping that their success against Fnatic will provide the momentum they need to win.

On the other side of the bracket, Ninjas in Pyjamas faced paiN Gaming. The winners of this month’s StarLadder Minor were eager to show that their performance there was no fluke. Opening with Sand King/Dark Seer, the team were able to easily out-draft paiN. In game two, Peter “ppd” Dager’s Winter Wyvern created incredible amounts of space, confounding paiN at every turn. After their victory, NiP will face the loser of the upper bracket match between Vici Gaming and Gambit in a best-of-three to advance.

To secure the final match of the day, Team Liquid decided to stick with what was working. Drafting an almost identical comp to their first game of the day, Liquid looked to replicate their success against LGD by applying it to Virtus.pro. And as with that game, it was w33’s Wind Ranger, combined with Axe and Gyrocopter, that proved too much for their opponents.

In game two, Virtus.pro pumped the brakes, desperate to slow down Team Liquid. Drafting around Earth Spirit to solidify their late game power, VP held TL off for most of the mid and early game, before catching them off guard at Roshan, and ending the game.

In game three, Liquid looked to wrap things up with a hard carry team and did so in rapid style. At 22 minutes in, VP tapped out, calling the GG and sending themselves to the lower bracket.

Team Liquid have looked incredibly strong so far, quickly dispatching two top tier opponents. With their performance, they’ve secured a semi-final spot, and a few days rest. VP, ironically, will have an even more extended break, but a much harder path to claw their way back into contention.