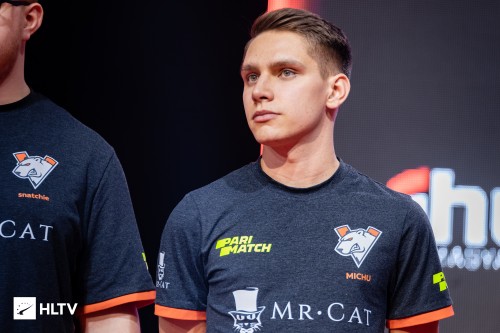 North American organization Envy has added a trio of new players and a new coach to its Counter-Strike: Global Offensive roster, the team announced.

January was a rough month for Envy as the team diminished its roster player by player with no clear indication of its motivation or direction. Even more concerning was the testimony of American rifler Jacob “FugLy” Medina who claimed he was deceived by the organization regarding his tenure on the roster.

On the up side, Envy will have a fresh roster to work with for its upcoming season, forming just in time to compete in the ESL One Rio Major qualifiers. 21-year old Canadian rifler moose had spent roughly the last two-years with eUnited. He was last seen standing-in for Team Singularity before releasing its American players on Wednesday.

Polish entry fragger MICHU makes his way to Envy after his contract with Virtus.pro expired at the beginning of the year. The 23-year old tactician rounded out his career with the Russian organization competing at United Masters League Season 2 and cs_summit 5. MICHU commented on being brought into Envy on Twitter, saying: “I really wanted to show my abilities in [an] international team and Envy is a perfect place to make it happen. I can’t wait to start playing with my new teammates.”

As for Calyx, the 21-year old Turk lands at Envy after a brief stint hopping around a number of teams. Prior to his roster volatility, Calyx had played under the fiery Space Soldiers banner which secured four LAN titles and two Major qualifications in 2018. With his international LAN experience, Calyx should prove a good addition to this team which has a lot to prove.

With its latest signings, Envy is now: