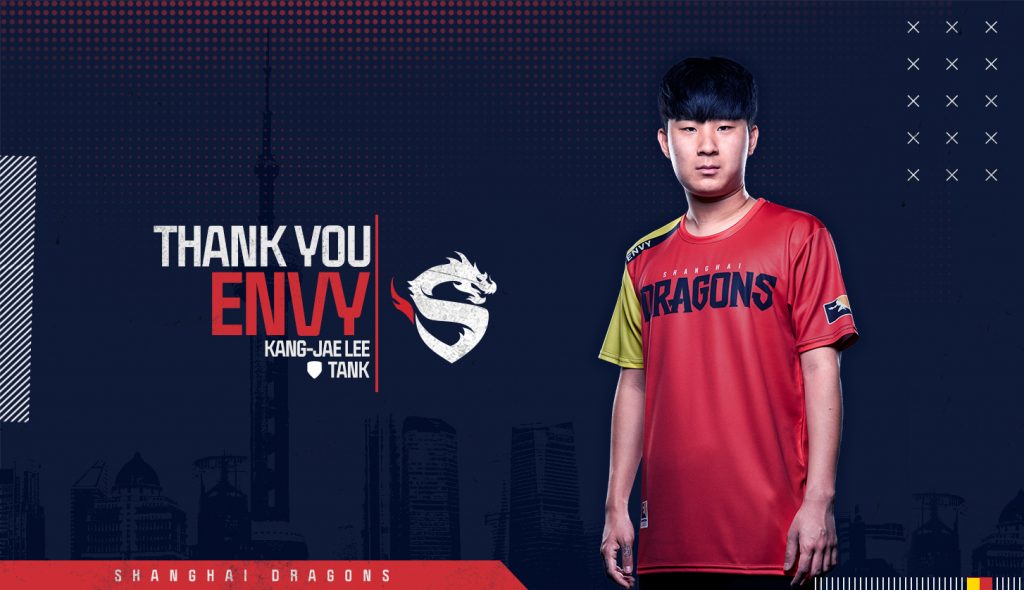 The Shanghai Dragons have announced that Kang-jae “Envy” Lee will not be part of their 2020 roster. On his personal Twitter, Envy stated that he will be retiring from professional gaming as a whole.

Today we’re announcing the departure of Kang-jae “Envy” Lee from the Dragons. We thank him for all of his hard work and being a part of our #Breakthrough last season, and wish him the best in the future. (1/3) pic.twitter.com/LpntUN2RCH

Envy made his Overwatch League debut in 2019 when the Toronto Defiant picked him up out of Contenders Korea. After the team failed to make playoffs in Stage 2, Envy was traded to the Shanghai Dragons.

During Stage Three, Shanghai earned their best record ever going into playoffs. Despite being the eighth seed, Envy and the Dragons pulled off numerous upsets in a row to win the Stage Playoffs for the first time in franchise history.

Envy finished the season out with Shanghai and remained on their roster throughout all of the off-season up until this point. The expectation was that Envy would continue to play tank for the Dragons. Whatever the reason for his sudden retirement, fans will forever remember him as a player who helped Shanghai do the impossible.

Looking forward, the Shanghai Dragons have acquired multiple tank players during the off-season. Kang “Void” Jun-woo and Seo “Stand1” Ji-won were signed in November. The newly opened 12th roster spot has also gone to a tank player, Euiseok “Fearless” Lee. Fearless was on the Shanghai Dragons during the 0-40 inaugural season before spending time playing on Team CC in Contenders China. He will certainly be contesting for the starting spot in Stage One.

Overwatch League Season Three begins on February 8th. Shanghai have three weeks to decide which tank player to fill their roster out with. Hopefully they are able to gel as a team in time.