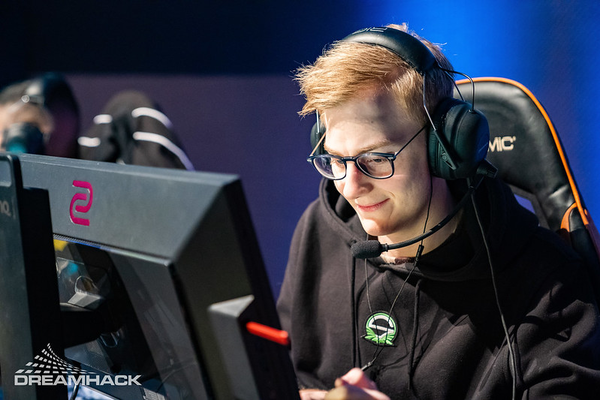 Robiin among the members of the Phoenix roster, now signed by Endpoint. (Photo courtesy DreamHack)

UK-based organization Endpoint has confirmed the signing of Phoenix roster, the team announced in a release Tuesday.

A roster collapse back in November 2018 had left Endpoint without a team since. The band headed by Swede in-game leader Robin “robiin” Sjögren had lasted just four months before dissipating into the ether.

Robiin would go on to join the European mixture at Phoenix, going through its own share of growing pains at the time. Halfway through the 2019 season Phoenix had undergone several key roster changes leaving just the former Epsilon men, Kia “Surreal” Man and Joey “CRUC1AL” Steusel alongside robiin, on the active lineup.

The addition of Thomas “Thomas” Utting and  Max “MiGHTYMAX” Heath later proved a move for the ages as Phoenix secured position at the WESG 2019 World Finals after hard-fought victories over Team LDLC and Heretics. Phoenix faced an early exit in the IEM Katowice closed qualifiers, but still managed a 2nd place finish at the GG.Bet Winter Cup at the start of 2020.

Endpoint Chief Operating Officer Peter “Pete” Thompson spoke to the talent of the organization’s newest roster: “I am super happy to welcome such a talented CS:GO lineup to Endpoint and can’t wait to see how they progress in the coming months. With four of the players previously making it to the top 30 in the world, this lineup has serious potential to get where we want to be on the global stage.”

With the signing of Phoenix, Endpoint is now: