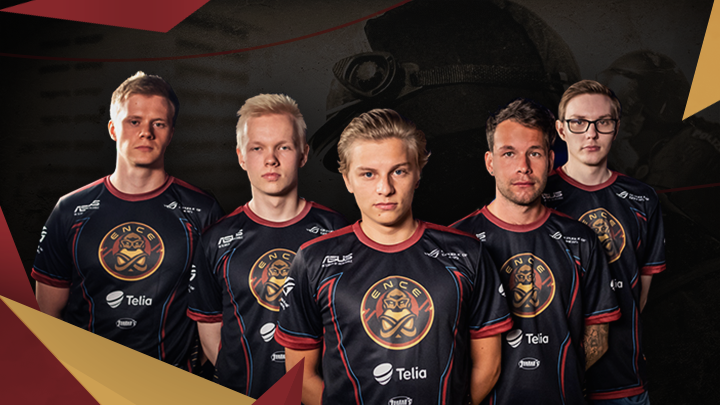 ENCE CS:GO have decided to focus on upcoming tournaments and practice rather than the MDL (Image courtesy of ENCE)

It was announced today, that ENCE have withdrawn from the ESEA Mountain Dew League Season 31 immediately.

In a statement, ENCE claimed that the league directly impacts the “calendar situations”, meaning which tournaments they attend, and the “current landscape of Counter-Strike esports being full of events throughout the year”. Obviously, ENCE being one of the best teams in the world, they will be invited to multiple events throughout the year, and the MDL directly clashes with these events.

ENCE’s CS:GO team has decided to withdraw from competing in the ESEA MDL.

“Withdrawing from MDL is not something we wanted to do, we tried to figure out a way to play the remaining 15 matches,” said ENCE head coach Slaava “Twista” Räsänen. “Having only [seven] days for that it is simply impossible, we also don’t want to spend all our time for that and rather focus on our practice to improve for the many upcoming events within the next [three] months”.

The statement also mentions the ESL Pro League, and that this is something the players would have wanted to attend. However, due to the fact that they are in the lower league, they did not feel it was necessary to play.

To watch ENCE, they will be competing in the cs_summit4 event from May 23-26, and DreamHack Masters Dallas from May 28-June 2.