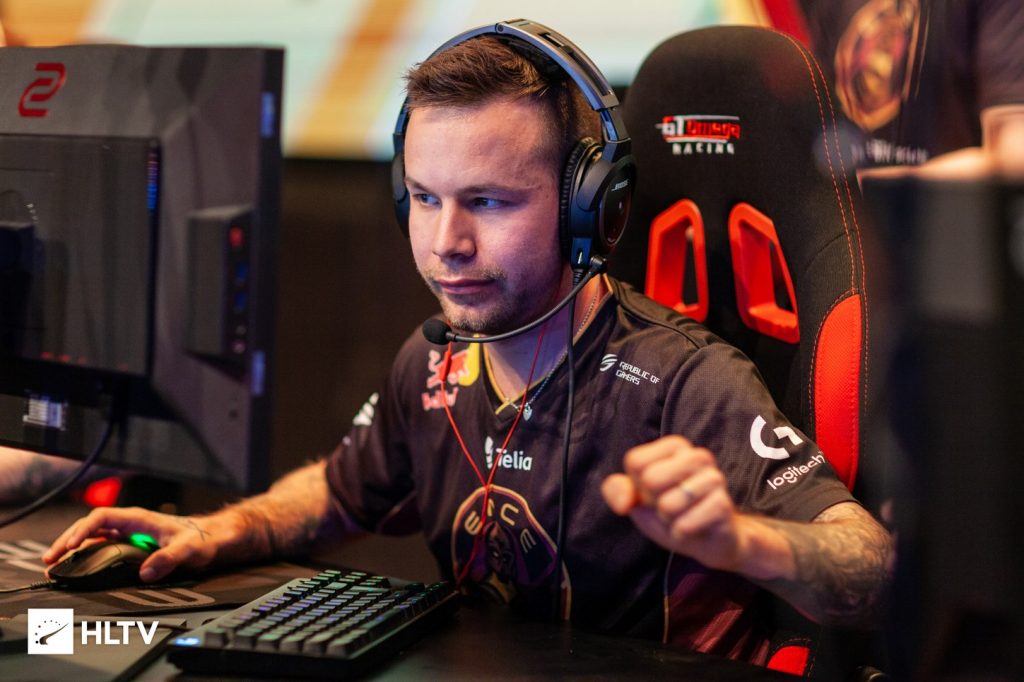 The ESL Pro League Season 12 group stage kicked off on September 1st. On the European side, the sixteen teams have been split into two groups where they will play a round robin over the course of three weeks. Some unexpected twists have already occurred, while some favorites are riding high as usual.

Group A – EZ for ENCE

It feels like it has been quite a while since their iconic tagline was relevant. ENCE has stormed out of the gates at Pro League with a 2-0 start against two of the toughest teams in the group. Their first match was against Heroic. Although the Danish squad had just won ESL One Cologne, the effect of their coach being banned for a year had yet to be seen.

Even so, the now 2nd ranked Heroic were still favorites coming into the match. After taking a 16-9 victory on ENCE’s Train pick, it looked like that assumption was correct. However, ENCE had some fight left in them on Nuke. Starting on the CT side, the Finnish roster exerted absolute dominance over Heroic. ENCE was brimming with confidence as they jumped out to a 14-1 lead.

They eventually closed out the game 16-5 and forced a third map. Inferno would be the tiebreaker, and it came down to the wire. ENCE took a slight 8-7 lead at the half thanks to multiple 1v2 clutches out of players like Aleksi “allu” Jalli and Elias “Jamppi” Olkkonen. Allu’s amazing performance continued on the defense as he brought out the AWP. His 34-18 K-D ratio and 105.5 ADR was good for a 1.77 HLTV rating, putting him miles ahead of every other player in the server. In the end, ENCE took the upset with a 16-13 win.

While this win was all well and good, Heroic’s weakened state was the talking point. ENCE’s next test would be much tougher. Their second match was against Na’Vi. Despite their loss on the map vs Heroic, ENCE ran it back in Train. Incredibly, ENCE made Na’Vi look like fools. The Finns lost both pistol rounds on the map and still came away with a 16-9 victory. Jamppi and Jere “sergej” Salo both outperformed Aleksandr “s1mple” Kostyliev on the map.

Now came Dust2, a map where s1mple could go head to head with allu in the AWP battle. Something happened that no one could expect: allu put s1mple in the ground. Allu had yet another breakout performance with a 27-16 K-D and a 6:2 duel record against his opposing AWPer, meanwhile s1mple nearly bottom fragged the server.

The match ended in a 2-0 for the underdogs as ENCE jumped out to an undefeated start at ESL Pro League S12. Joining them at the top are at least one familiar face in G2 Esports. The French-Serbian roster may have just played against middle of the table teams, but beating whoever’s in front of you is what counts.

Despite the rough loss to ENCE, Na’Vi holds a 2-1 record with wins over GODSENT and BIG. BIG have also earned a 2-1 record with more difficult matches to come. Meanwhile Heroic’s 0-2 start puts them at the bottom of the group with GODSENT. After losing to ENCE, they took another loss against the likes of AGO. The now coach-less squad have some work to do if they don’t want to finish in the bottom two.

Group B – Mousesports Make a Return

In a group as stacked as Group B, mousesports were not the pick of many to start off undefeated. Their recent struggles at almost every event compounded with a last place finish at ESL One Cologne. Combine that with the benching of star AWPer Özgür “woxic” Eker and the suspension of their coach Allan “Rejin” Petersen, hope was at a new low for the squad.

FaZe Clan was up first. The teams started on mouz’s Nuke pick, meaning they would have to take T side first. Mousesports put together an amazing half of team play. They started 9-0 on the attack despite only one player breaking double digit kills. FaZe did find the 6-9 score line they needed to stay in the game, but the deficit on mouz’s pick was too great. With only Robin “ropz” Kool holding a positive K-D ratio and HLTV rating above 1.00, mousesports took map one 16-13.

Now on FaZe’s Inferno pick, it was Marcelo “coldzera” David’s turn to carry his team. His 13-7 K-D on T side helped FaZe jump out to a 10-5 lead. However, FaZe couldn’t carry that success over to the defense. Finn “karrigan” Andersen made his debut as a primary AWPer and cleaned house. His 23-14 K-D helped him earn the highest rating on mousesports. However, all of his teammates were right behind him. Mousesports had a dominant 11-2 T side half to take the map 16-12, completing the 2-0 sweep.

Next in the schedule was Fnatic. Both teams were searching for their undefeated week one as they headed into Dust2. Mousesports were very effective on their map pick, earning a 10-5 T side thanks to ropz’s 19 kills. Aurimas “Bymas” Pipiras made his first big debut with the squad on the defense, helping mouz close the map out 16-8.

Fnatic’s Inferno pick started out fairly average for both squads, but their preparation really showed through in the second half. After going down 6-9, Fnatic played an aggressive style to shut down mouz before their attack could find any big openings.

A 16-13 finish for Fnatic sent the series to a third map. Train would be the final battleground, and it was a nail-biter of a map. While mousesports looked to be playing a better team game, Fnatic’s stars kept finding absurd clutches to keep them in the lead. Mousesports barely eked out a 5-10 first half from the T side, leaving them in need of a strong defense. That is indeed what they got, as every player earned a positive K-D ratio in the second half. David “frozen” Čerňanský had his pop-off performance with a 21-7 K-D and 136.1 ADR.

Even so, Fnatic still managed to get to a 14-11 lead. Mousesports needed to be perfect to end the game in regulation. After four straight rounds to give them the first and only match point, Bymas’s 3K ended the game 16-14 for mousesports.

Mousesports join Complexity as the only other undefeated team in Group B. It was no easy feat for them either, as they took down Astralis and Ninjas in Pyjamas. Although both matches ended in 2-0 sweeps, the Astralis match saw both maps hit overtime which Complexity won with two 19-17’s. Astralis and Fnatic join the slew of 1-1 teams who will be looking to separate themselves next week.

At the bottom of the group are NiP and FaZe Clan with 0-2 starts. The schedule doesn’t get any easier in this Group, as NiP has mousesports in just two days. Meanwhile, FaZe has to deal with Fnatic and Vitality next week. But who knows, any team could rise up and become a group favorite in the blink of an eye, much like mousesports have.