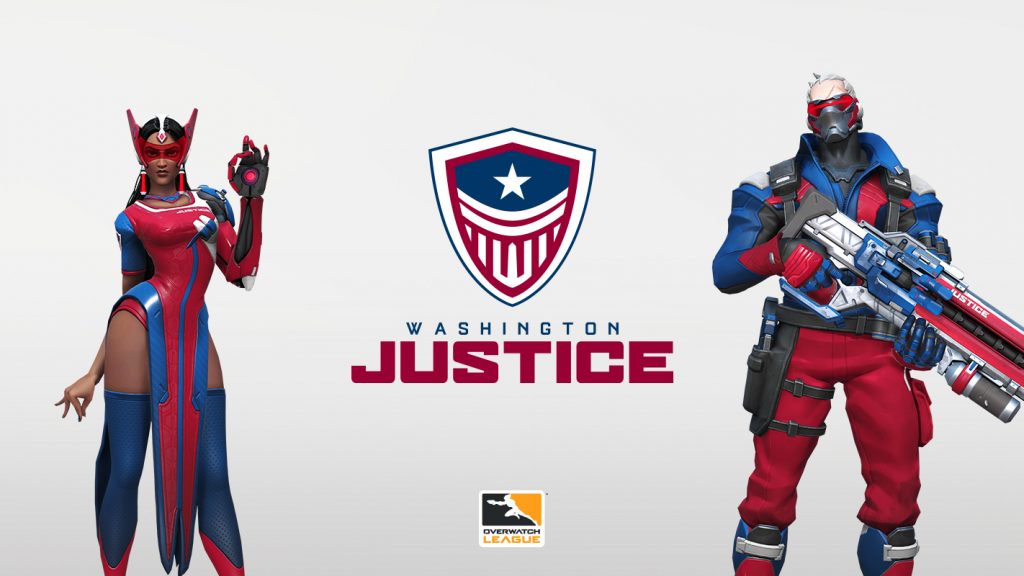 Patriotism races through the veins of our final Overwatch League team to be announced: Washington Justice!

Patriotism races through the veins of our final Overwatch League team to be announced: Washington Justice!

Courage, honor, loyalty, sacrifice. But most important is justice ⚖️

We're stoked to be a part of #OWL2019 and we can't wait to show you everything we've got! #JusticeIsServed pic.twitter.com/9I8OEo1xdd

The Washington Justice had a bold marketing strategy for their announcement: Go live at 6 am and hope for the best. We’re suspect that the announcement of Blizzard’s OWL partnership with Fanatics, a “fan gear” manufacturer, played a role in this (given their usage of all teams’ brandings in their release.) What might not be as courageous as their decision to announce at an unreasonable hour is their preview video, which many have critiqued.

Capitol Hill. The Lincoln Monument. The Martin Luther King Jr. Memorial. Seems honorable enough, right? Well, that’s up for debate. Many fans took issue with the fact that LA Valiant fan extraordinaire, Briggsycakes, was used in the video to show hype for the OWL and insinuate, assumedly, approval of the league as a whole. For her part, Briggsycakes was not okay with being used in this video and, in fact, had her attention brought to another less than honorable note in the announcement video:

I didn’t even notice that. Seriously? This is why you need more black women on your staff @overwatchleague so we can tell you that it didn’t work in politics and it won’t work here. https://t.co/r9IyHl0URO

You can’t fault the Washington Justice on their brand loyalty. Patriotic to a fault, their usage of a shield paired with the US striped red, white and blue color palette is as on brand as you can get for Washington. It’s immediately recognizable as their brand, which could very well make it one of the most successful logo + color combos in the Overwatch League, even if it was predictable coloring.

The only real sacrifice we’ve seen from the organization so far is that of US talent. At this point, we have three South Koreans and one Norwegian member of the team announced (one Korean being a player, the rest coaching staff.) While that might sound savage, an influx of foreign talent is something the American teams within the OWL have struggled with since its inception. Some of the newer teams such as Hangzhou Spark and Paris Eternal have embraced their hometown culture and player base. We hope to see the same from Washington as players are announced.