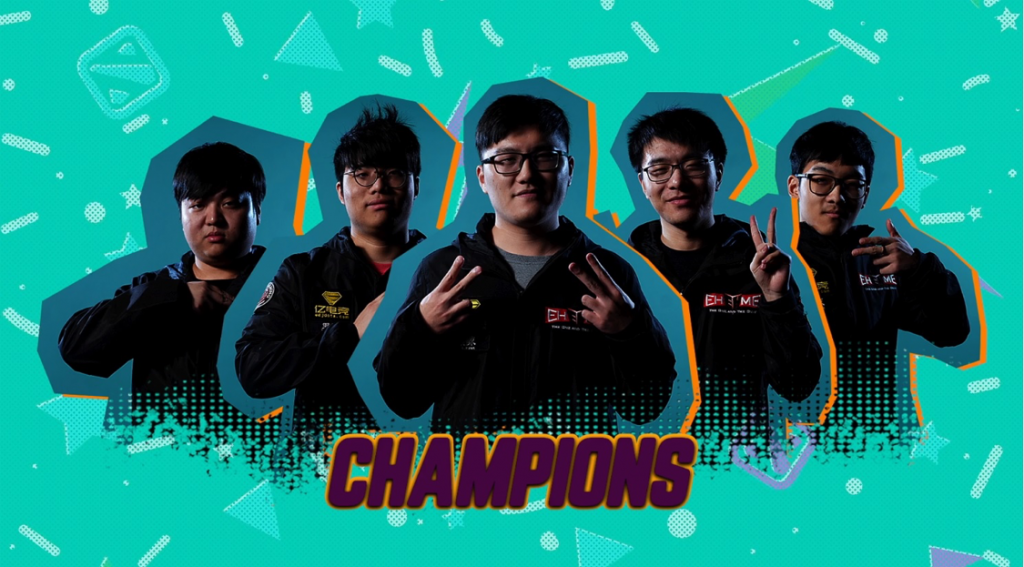 EHOME came out on top at the Bucharest Minor in a 3-1 stomp over Gambit Esports, taking the top share of $300,000 and an invitation to the Chongqing Major.

The Bucharest Minor ended today, January 13, in a best-of-five clash between EHOME and Gambit Esports. EHOME came out on top in a 3-1 stomp, taking home the trophy, the top share of $300,000 (USD), 120 Dota 2 Pro Circuit (DPC) points and an invitation to the Chongqing Major.

The 120 points EHOME earned slides them into twelfth place in the DPC rankings; the top twelve teams will receive direct invitations to The International 9 later this year.

The winning Chinese squad, coached by Zhang “xiao8” Ning, put in a very impressive performance. They dropped only one game the entire tournament, with an 11-1 record. It was the second game of the Grand Finals versus Gambit, and broadly, the analysts on hand agreed that EHOME lost the game in the draft.

The Bucharest Minor began January 9 with eight teams including Gambit, EHOME, Keen Gaming, Ninjas in Pyjamas, TEAM TEAM, OG, BOOM ID and Playmakers in the competition. After a GSL-style group stage, the teams were seeded into the double elimination playoff bracket. EHOME and Gambit both led their groups, clearly the strongest and most consistent two teams at the event.

Some standout hero picks from the event included Anti-Mage who was picked in 7 games and had an 85.7% win rate and Lich who was picked 15 times with a 73.3% win rate. The latter hero received an overhaul with Patch 7.20 in mid-November, improving his toolset for the late game. The most contested hero at the event was Tusk, who was either picked (21 times) or banned (26 times) in every single match of the tournament.

The event was anchored with an analyst desk hosted by Paul “Redeye” Chaloner, a frequent face at Dota 2 events. Though the panel often featured bickering, especially involving Kyle Freedman and Henrik “AdmiralBulldog” Ahnberg, it also did a lot of work entertaining viewers at home. Because the event was hosted in the PGL Studios, there was no live audience to amp up the overall energy of the tournament.

All of the casters and analysts made predictions for which team would win each game. The success of these predictions was tracked throughout the competition and at the end, Troels “syndereN” Nielsen was the most successful predictor. He correctly predicted the winning team 72% of the time across the tournament.

Also working hard to fill time that might have otherwise been spent on crowd shots and audience interaction were Lawrence “Malystryx” Phillips and Jake “SirActionSlacks” Kenner. The two were in charge of “fluff” according to PGL’s own press release. With content aimed at helping us get to know these teams, there was a series of Q&A videos and interviews. Of course, the MInor also had plenty of comedic skits, including an interactive piece filmed with OG, some “write my dating profile” pieces, SirActionSlacks as the Weatherman, and so on. This extra content is really important for not only filling time but also giving fans an opportunity to get to know teams better. Check out this Youtube playlist for the full selection!

EHOME advances now to join fifteen other teams competing at the Chongqing Major, in Chongqing, China from January 19-27.