Effect Comes Out As Bisexual Publicly, “Putting Down This Burden” 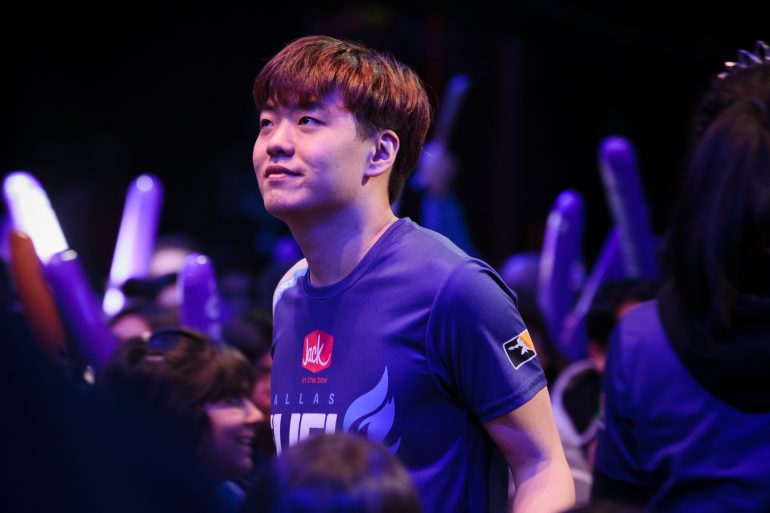 In the world of competitive esports, there’s not a lot of representation of the LGBTQIA+ community and there are even fewer professional esports players who have openly come out. Yesterday, the South Korean Overwatch player Hyeon ‘EFFECT’ Hwang from the Dallas Fuel came out as bisexual via his personal Twitter account. With special thanks to ‘the translator’ on Twitter, EFFECT’s post have be translated:

It is true that I am bisexual. I've been hiding it since young and never even showed a hint to anyone except my family (even they got mad immediately). I finally putting down this burden after the hard time of hiding. Sorry for causing the confusion with such sudden announcement.

The effect, no pun intended, of EFFECT coming out will be visibly seen in South Korea as the country still lives under strict religious-based laws that oppose the LBGTQIA+ community.

EFFECT joins the ranks of MRSHLL – a Korean-American singer – who recently became the first openly gay singer in South Korea. MRSHLL publicly came out in September of 2017 and his fans were apprehensive as to how he would be received the unsupportive country of South Korea.

There is little to no representation of the LBGTQIA+ community in South Korea and EFFECT’s announcement will greatly help support South Koreans who haven’t been able to live authentically in their country. EFFECT coming out as bisexual will force the South Korean gaming community to live side by side with their South Korean superstars from the LGBTQIA+ community.

EFFECT joins Houston Outlaws Austin “Muma” Wilmot as one of only two openly queer* competitive Overwatch League players in the Overwatch League. Their decisions to be open and vocal about their sexuality will only help increase representation of the LGBTQIA+ in esports.

The Overwatch League has been making big leaps in the esports industry by trying to more inclusive and set industry standards on how teams should support their players and the LGBTQIA+ community. But it has not been easy. The Los Angeles Gladiators fined iRemixx during Pride month for using homophobic slurs on a Twitch stream while the Dallas Fuel fined and banned their then tank xQc for using homophobic language targeted at Muma.

With the actions of certain players failing to be inclusive and supportive of the LBGTQIA+ community, some teams took it upon themselves to become more visibly inclusive of the queer community. The Los Angeles Valiant partnered with LGBTQIA+ organization You Can Play and the Houston Outlaws partnered with the Trevor Project. These teams have committed to making the OWL community more inclusive for all which speaks volumes for a league that has yet to take a stance.

*We would like to note that while we are using the term queer to refer to Muma and EFFECT as a term to reflect individuals who identify as members of the LBGTQIA+ community. We are not identifying either as saying they are queer.