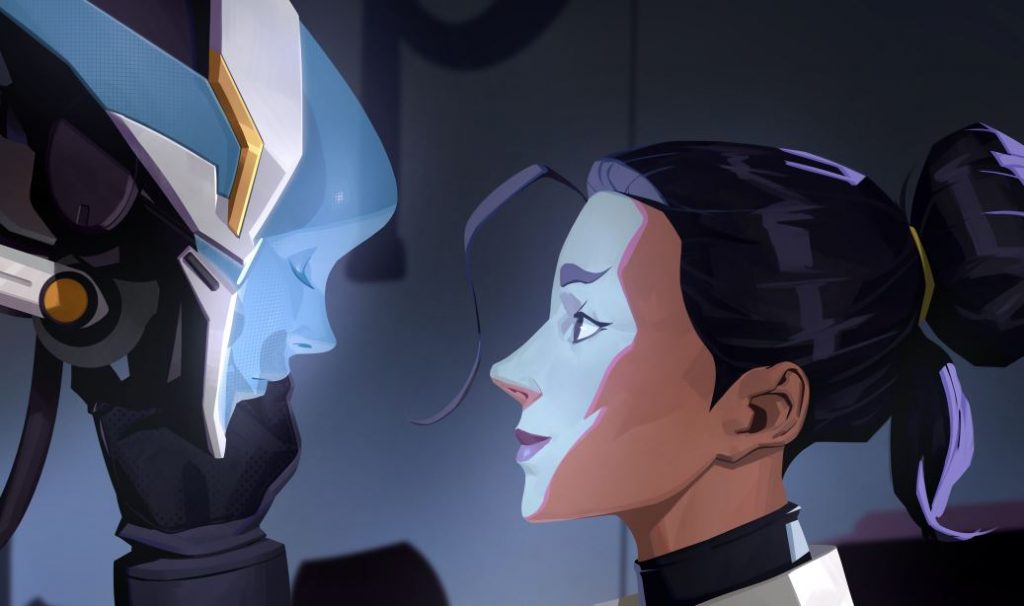 Echo will be available on the live servers April 14th. (Photo courtesy Blizzard)

After much anticipation and a few weeks on the Public Test Region (PTR), Overwatch’s latest Hero Echo is finally coming to live servers on Tuesday, April 14th. Echo is the 32nd hero added to Overwatch since release and is the first hero to release since November of 2019. In the lore, Echo is an evolutionary robot hero who was created by founding member of Overwatch Dr. Mina Liao.

Echo is a flight based hero with a high damage kit. She has access to a three burst projectile weapon which is effective at longer range. Her alternate fire launches a series of sticky bombs and she also has access to a short range beam weapon which deals 250 DPS on targets below half. Echo’s flight ability lets her quickly fly in any direction and can be extended using her passive glide ability.

This OWL sneak peak of the new hero showed off Echo’s tremendous ability to do damage as well as her high level of mobility. A lot of teams were running her with Winston/D.Va dive compositions, but she also appeared to be effective in barrier based compositions as well. Although we can’t know for sure until she is fully available in professional play, she has the potential to be one of the best DPS heroes in the game.

Echo is expected to be the final hero added to the game until the release of Overwatch 2 which is expected to come out sometime in 2021. Be sure to check her out when she releases to retail servers on April 14th!